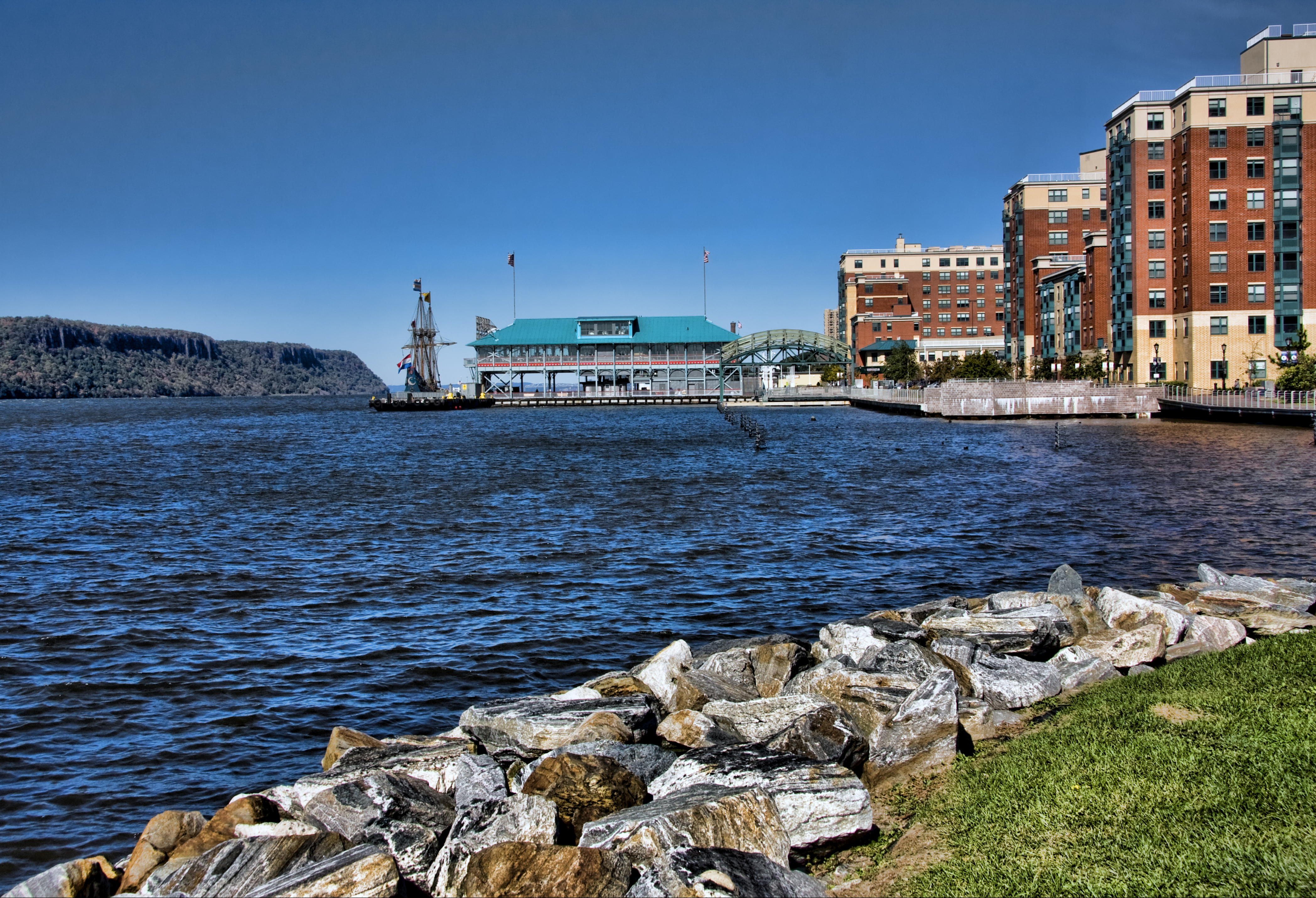 The Hudson River, once America's central transportation artery, tends to be overlooked nowadays. Weekenders from New York City and upstate residents choose the efficiency of the New York State Thruway and the Taconic Parkway over the Nines (as I like to call the various branches of Route 9 that ramble along both sides of the Hudson River Valley). This just means less traffic for the rest of us.

Day one: New York to Fishkill

Trying a new route out of New York City, I actually get lost in Yonkers. The mini-detour allows me to enjoy the back roads that hug the Hudson, which I can see through the trees, flowing on my left. Back on Route 9 proper, I decide to stop at Sunnyside, the home of writer Washington Irving. (The town of Sleepy Hollow is up the road.)

Guides in period costume offer tours of the house, a quaint cottage on the riverbank; it's where the well-traveled author spent his final days. A quarter mile north I also pop in to see Lyndhurst, the grand Gothic Revival mansion of Wall Street tycoon Jay Gould, who traveled by yacht from his waterfront property to New York City. The railroad would have been quicker, but it was owned by his archenemy, Cornelius Vanderbilt. Highlights of the daily tour are Gould's Renaissance-art collection and the fine stained-glass windows.

I stop in Tarrytown for lunch: a Portuguese feast at Caravela. Grilled octopus melts in the mouth, just as it should, and the codfish croquettes are rich yet fluffy. Heading north up 9, I decide to keep Kykuit, John D. Rockefeller's expansive family home, for another trip and move on to Croton Gorge Park, a favorite local picnic spot. The park sits at the base of the Croton Dam, which holds most of New York City's drinking water. It was built in 1842; until 1955, the water was transported to the city via the Croton Aqueduct.

Just past Peekskill, Route 9 splits into two parts. I take 9D, which runs along the river, rather than 9 proper, which takes a faster inland path north. Where's that Beatles CD when I need it? I'm on a long and winding road, beside granite cliffs. With a bit of imagination, this could be the Italian Alps. The tricky part ends at Bear Mountain Bridge, which crosses the Hudson at the place where American Revolutionary forces blocked the path of the British fleet with a giant iron chain. From here it's only a half-hour drive to Cold Spring. I putter in and out of the knickknack shops of a Main Street that runs steeply toward the river - it really should be turned into a giant skateboarding park--and I take stock of the Lower Hudson's east side over farfalle al limone and a glass of Cabernet at Cathryn's Tuscan Grill. Cold Spring has a number of B&Bs, but the Courtyard by Marriott, a few miles north in Fishkill, puts me closer to Beacon, the next day's first destination.

"This place is changing overnight," says the teenager in the Chthonic Clash Coffeehouse as he fixes me a latte. "Some locals don't like it, but I say the quicker the better."

Named after Mount Beacon, where colonists lit fires to warn of British troops during the Revolutionary War, the town of Beacon has been reborn thanks to the opening last year of Dia:Beacon, one of the most impressive art galleries in the country. Inhabiting a sprawling 1929 Nabisco factory, the airy 240,000-square-foot space (much of it lit by skylights) is perfect for viewing large art installations. The museum is home to pieces by 22 artists, including Andy Warhol, whose 1978 Shadows is a single work on 72 canvases, and Richard Serra, represented by seven gorgeous sculptures.

You do a lot of walking at Dia, and by the end I'm hungry. I head into town for a taste of the old Beacon--bacon and eggs at the wonderfully gaudy Yankee Clipper Diner, a recently renovated downtown institution. Browsing the galleries and antiques shops that are contributing to the town's renaissance, I have no luck in my perpetual search for vintage gas station signs. But there's consolation in the excellent apple pie at the Upper Crust Café and Bakery.

Up next is Hyde Park. The town is dominated by the 290-acre National Historic Site built around Franklin Delano Roosevelt's family house and the separate house built for Eleanor Roosevelt a few miles east of Route 9. FDR's father bought the family home, Springwood, in 1867. Visitors can view the house, FDR's grave site, and the Franklin D. Roosevelt Library and Museum, which includes some 44,000 books along with his White House desk and chair.

The late-afternoon light is fading slightly as I drive out of the Roosevelt site, so I put my foot to the floor. There's a piece of Hudson Valley history that I really want to catch - the ostentatious estate of Frederick William Vanderbilt, also in Hyde Park. Built in 1899, the 54-room Vanderbilt Mansion was meant to evoke European nobility, and the approach certainly feels like you've entered a royal estate. I'm too late for the house tour, but the grounds are lovely. As the sun begins to set over the western banks of the Hudson, the light casts an orange glow all around.

After so much local history, a motel really won't cut it. Nearby Rhinebeck, a sophisticated town in its own right, is home to the Beekman Arms, a favorite resting place and watering hole for the weary traveler since 1766. The smell of cooking food and a roaring open fire greet you on arrival.

It's time to cross the river. The Kingston-Rhinecliff Bridge offers clear views both north and south-this far upstream, the river is still over half a mile wide.

Saugerties is another of those cute antiquing towns that seem to pop up every 30 miles along this part of the valley. It also has an excellent little café and deli called Ann Marie's. But Saugerties' most extraordinary attraction, Opus 40, is a few miles outside the town limits, in the foothills of the Catskills. Harvey Fite, a devotee of Mayan architecture, spent 37 years working with hand-powered tools to create a six-and-a-half-acre composition of bluestone ramps, terraces, pools, and fountains, with a nine-ton monolith as its centerpiece. He died in 1976, but the sculpture and a museum dedicated to his work are open from Memorial Day to Columbus Day.

The road down from Opus 40 is narrow and winding, so it comes as some relief to get back on 9W, on the western side of the Hudson. At Kingston, I cut inland on Route 32. I'm headed to New Paltz and one of the region's most impressive landmarks. A 251-room Victorian castle on Lake Mohonk in the Shawangunk Mountains, the Mohonk Mountain House was a getaway destination for Teddy Roosevelt and Andrew Carnegie, among others. Today it's an exclusive retreat far beyond my budget. But you can buy a day pass to the grounds for $15 ($11 for kids) and spend the afternoon wandering.

It takes about 25 minutes to get back to 9W from New Paltz, but from that point on, the road is right by the river. This part of the valley is wine country - at least six vineyards lie between New Paltz and Newburgh, and most offer tours and tastings. I turn right off Route 9 just south of Marlboro and head up a steep hill to Benmarl Winery, site of America's oldest vineyard. A rugged driveway leads to the main house, also the home of owner Mark Miller, who in the '50s and '60s was an illustrator for romance magazines and novels. Miller offers a lively narrative as he guides you through the cellars and a gallery devoted to his former profession. He might even join in a tasting of his trademark Chardonnay and Zinfandel.

Leaving Benmarl, I drive into Newburgh, toward the newly renovated waterfront. Newburgh Landing is part of a $1.8 million state-funded scheme to tidy up the Hudson River. It's home to a number of cool cafés and restaurants.

I choose Café Pitti, a brick-oven pizza joint with outdoor seating and a fine view of Dia:Beacon across the river. An espresso and some raspberry gelato make the afternoon even more enjoyable and prepare me nicely for the final drive back into New York City.

I make quick time through West Point, hop on to the Palisades Parkway, and zip back down to the George Washington Bridge and New York City, stopping just once more to marvel at the tall, sheer vertical drop of the ancient Palisades cliffs that tower over the Hudson below.

From JFK airport, head north on the Van Wyck Expressway to the Bronx-Whitestone Bridge. After crossing, take 678 north to the Cross Bronx Expressway west; exit at Route 9 north.

From LaGuardia, take the Grand Central Parkway to the Triborough Bridge. Go north on the Major Deegan (I-87), then west on the Cross Bronx Expressway to Route 9 north.

From Newark, drive north on the New Jersey Turnpike (I-95). Cross the George Washington Bridge and exit at Route 9 north.

If you're driving from Manhattan, take the Henry Hudson Parkway to Route 9 north. Continue through Yonkers, Tarrytown, and Sleepy Hollow. At Peekskill, switch to 9D north, which leads to Cold Spring. Continue north on 9D. At Beacon get on 82 north to Fishkill.

From Fishkill, get on I-84 north and take it to Beacon. After Dia:Beacon, continue north on 9D, which rejoins 9 just north of Wappingers Falls, then skirts Poughkeepsie, before winding up at Hyde Park and Rhinebeck.

In Rhinebeck, take 9 north to 9G north. Go west on Route 199 over the Kingston-Rhinecliff bridge; 9W north leads to Saugerties. For Opus 40, from the New York State Thruway at Saugerties, get on Route 212 west toward Woodstock. From the light at the Hess gas station, go 1.6 miles to a fork; turn left onto Fishcreek Road. After 2.4 miles, turn right at the stop sign onto Highwoods Road. After a half mile, turn right onto Fite Road; it ends at Opus 40's entrance. Leaving, take Glasco Turnpike east to 9W south. At Kingston, go south on Route 32 to New Paltz. Stay at the Econo Lodge.

From New Paltz, take 299 east to 9W south. It goes through Marlboro to Newburgh, and eventually to the Palisades Parkway south to the George Washington Bridge into Manhattan. 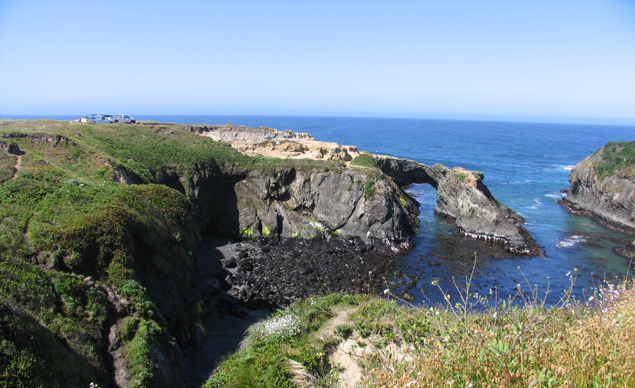 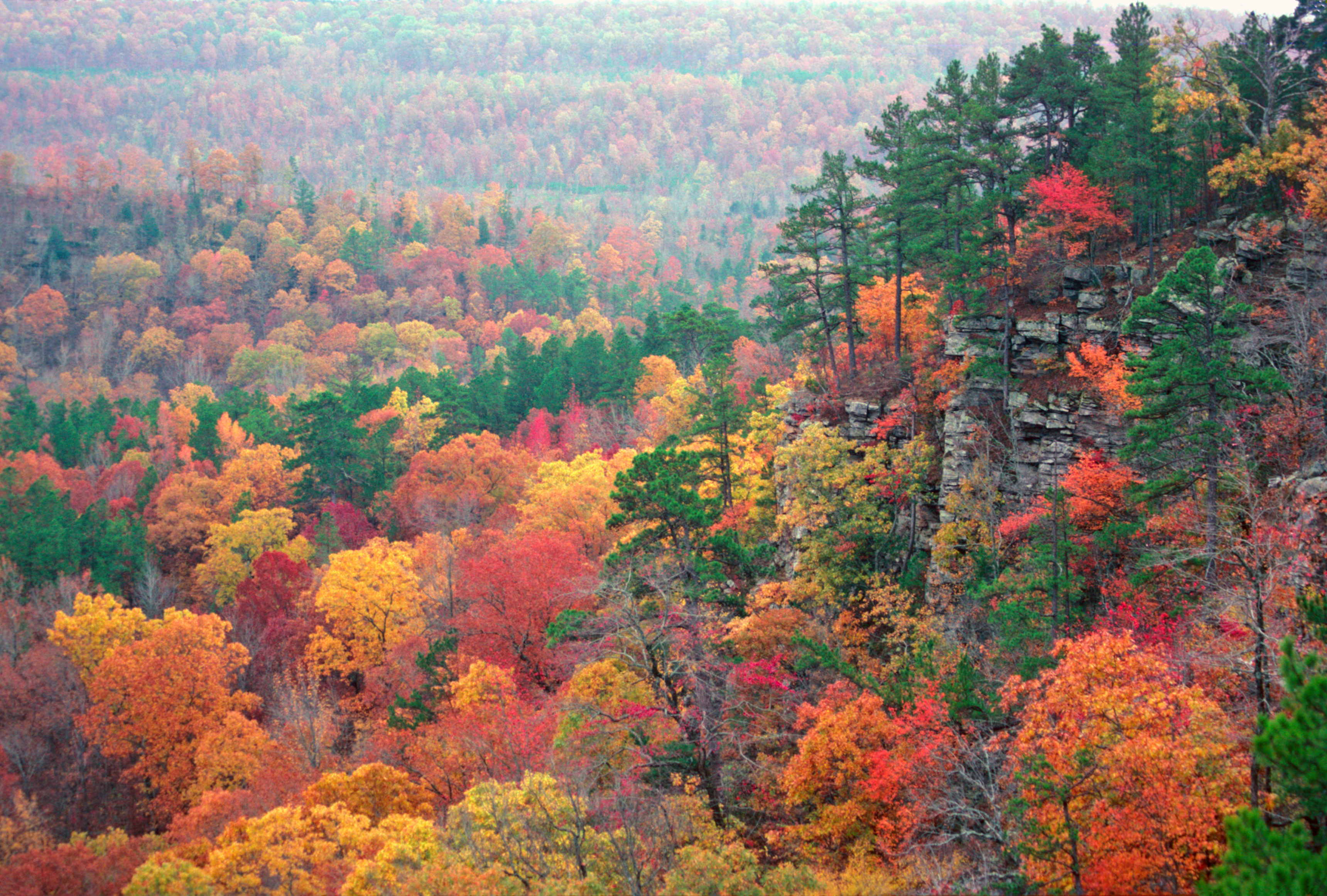 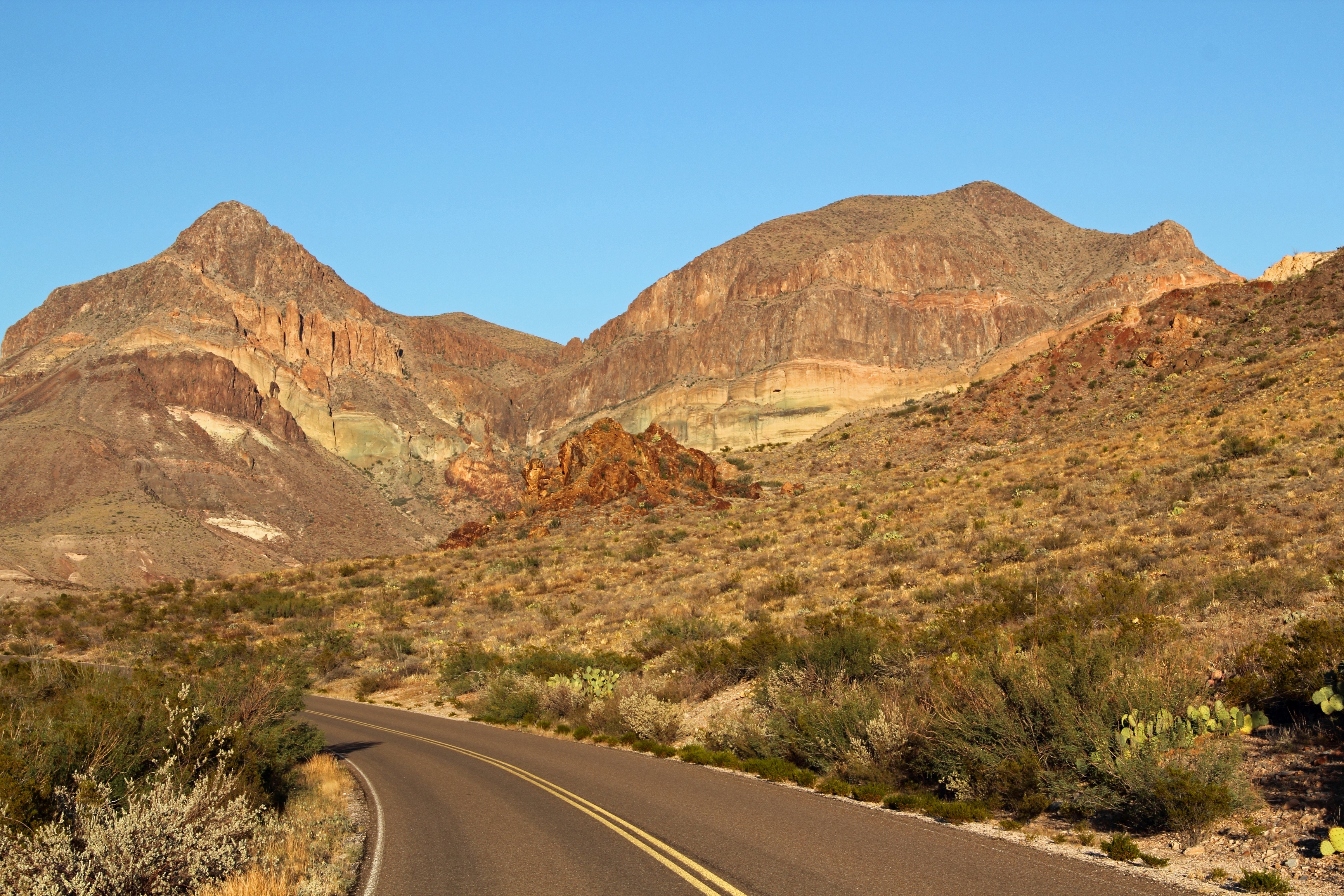