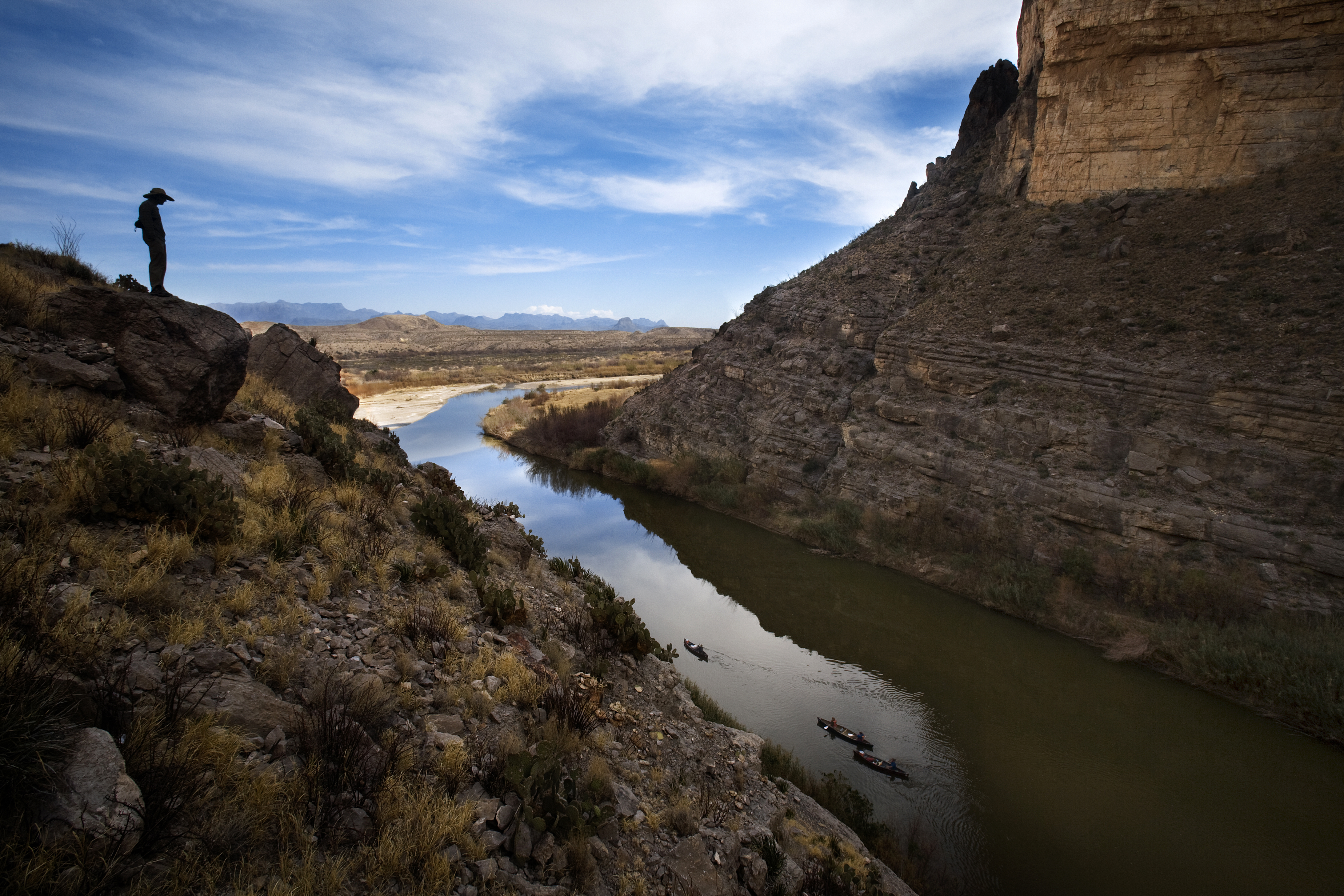 Tom2898 / Dreamstime.com
When you think of the lone star state, it's not the freeways of Dallas or the office towers of Houston that come to mind. It's the legendary, wide-open spaces of west Texas.

Day one: Midland to Marathon

The initial part of the drive from the airport to Marathon is, in a word, hideous. On either side of the road, barbed wire encloses flat oil fields that stretch to the horizon. Only a belch of smoke from the occasional refinery breaks the monotony.

Then, somewhere around Fort Stockton, everything changes. The rusty pumps and industrial wasteland disappear in favor of the desert hills and valleys of Big Bend Country. Cactus flowers bloom along the highway and roadrunners periodically scurry across the road.

As it materializes in the distance, the tiny town of Marathon (the last syllable rhymes with "sun") looks like nothing more than a few feed stores and mobile homes. But as you arrive in the center, its nature becomes apparent. Upscale shops and galleries line the main street, most in adobe buildings with well-tended gardens. There's even a day spa.

A leisurely afternoon helps me adjust to the slow pace of Big Bend Country. When I ask someone to name the most popular entertainments, he says, "Sunset watching and stargazing." I poke about in the shops and galleries, chitchat with locals and other visitors. The name Texas comes from the Spanish word tejas, meaning friend. Although welcome, misanthropes and recluses may find themselves uncomfortable.

Two Marathon hotels are attractions in their own right. Opened in 1927 by a prosperous banker, the luxurious Gage Hotel quickly became the region's social epicenter. It eventually fell into disrepair, but a lush 1992 restoration returned the brick-and-adobe structure to its former glory. On any given night, all of Marathon's visitors and quite a few locals gather in the elegant bar and courtyard.

Just west of town on I-90, the less expensive Marathon Motel & RV Park has a vintage 1940s ambience, with its original neon sign and windmill. Postcards and posters sold across Big Bend Country feature the sign, which boasts that the rooms have TVs. From a small wooden building on the premises, the owner also operates what is pretty much the only radio station available out here (100.1 FM). When I knock on the door, the DJ/desk clerk invites me inside the booth for a tour and offers to take my requests. The motel's adobe courtyard has a fireplace and a shrine to the Virgin Mary; it's a great place to enjoy the sunsets, which are straight out of a Technicolor Western. Afterward, I head back to the Gage for dinner, drinks, and, indeed, stargazing.

The drive to Big Bend National Park takes about 45 minutes; the entrance is nothing more than a small gate, usually unattended. (Park headquarters is at Panther Junction, another 30 minutes' drive.) Once inside the gate, most evidence of civilization vanishes. Gone are the fences and livestock, leaving only the brutal desert and distant mountains and mesas. Vultures circle overhead, but the cactus flowers that splash the land in yellow and purple somehow make them less intimidating.

The speed limit drops to 45 mph, and I follow it. I'm tempted to go faster, but driving at lower speeds prevents pollution, and gives me a chance to stop for the two coyotes that dash in front of my car. The park teems with wildlife, and if you don't see a coyote, you'll likely see a deer or a javelina (also called a peccary). Though they're plump and pig-like, javelinas aren't pigs; park rangers insist they're only distantly related. Native only to the American Southwest, these non-pigs inhabit every corner of the park, moving about in groups and eating prickly pears. They're the mammals most often spotted by visitors. Just don't approach: They smell mighty bad.

The 801,163-acre park can't be seen in a day, so I choose to explore the green and mountainous Chisos Basin. Its temperatures tend to be moderate and its trails well maintained, and it's home to the only full-service restaurant in the park. The Basin's twisty mountain roads (with the prerequisite daunting precipices) mark the beginning of bear and mountain lion country, but the map assures me that sightings are rare and attacks rarer.

I take the medium-level Window Trail hike, which winds into the basin and affords utterly gorgeous views of the mountains, the desert, and waterfalls caused by recent rains.

In the midafternoon, I drive into Terlingua, historic ghost town and self-styled chili capital of the world, famous for an annual cook-off. Skip the newer part of town, with its souvenir stands and river outfitters, and drive to the ghost town proper. Its squat stone buildings are on the side of a hill a few miles up the road. Most have been restored by artists and other eccentrics. Walking around the old mining village is encouraged, but signs warn you not to disturb the many private residences. Public buildings include the former jail (converted into restrooms), a partially renovated church, and an upscale gallery. My favorite spot is the peaceful, crumbling cemetery, where rocky graves and makeshift crosses memorialize doomed fortune hunters.

If you have a yen to shop, the Terlingua Trading Company sells souvenirs to fit every budget--from small carved crosses ($6) to unassuming woven baskets ($600). After carefully putting down the basket, I wonder if some of the adventure tourists milling around might have more cash than their looks imply.

Marfa, the ranchers' town made famous by the 1956 movieGiant, attracts visitors on three fronts. It has the James Dean connection (he lived here during filming). The town also has the Marfa Mystery Lights, unexplained colored lights that appear outside of town. Then there's the art: Marfa is home to one of the world's largest private art installations.

After a quick stop for coffee at the Marfa Book Company, I arrive in time for the Chinati Foundation tour. Big-shot minimalist artist Donald Judd set up the Chinati in 1986 so he and select cronies could show large-scale, permanent works. He chose an old cavalry base for the cheap land, cavernous buildings, and lovely vistas. Judd created big aluminum boxes and laid them out in rows, while his friend Dan Flavin made fluorescent-light displays.

The Chinati can only be seen via guided tours Wednesday through Sunday. Part 1 starts at 10 a.m. and lasts for a couple of hours. After a lunch break, Part 2 begins at 2 p.m. Good shoes, sunglasses, and water are recommended; the walks between buildings are long. Minimalist art isn't for everyone. I like it rather than love it, and when the effusive praise of aluminum boxes becomes too much, I can at least admire Judd's ambition and the enthusiasm of the art scenesters who make the pilgrimage.

Back in town, I peek in the lobby of the Hotel Paisano, decorated with enough animal heads and leather furniture to make a rancher proud. It's where the cast of Giant, including James Dean, Rock Hudson, and Elizabeth Taylor, stayed during filming. The movie is perpetually screened in the lobby, and you can buy related T-shirts and trinkets at the front desk.

After sundown, I go in search of the Marfa Lights. First reported in the 1880s, the lights dart and bounce above the ranch land between Marfa and Presidio. Or so they say. Different people have different explanations: reflecting headlights, swamp gases, evidence of alien visitors and/or government conspiracy. Assorted tourists and I wait at a viewing center west of town on Highway 90, but a local says that going east of town on 90 gives you the best odds of seeing them. I try that, too. It's rather like waiting for Godot.

Since I have a late-afternoon flight, I stop at Fort Davis, a countrified resort town near the Davis Mountains. Stables offering trail rides are plentiful, and the shops sell plaques with aphorisms like never squat with your spurs on.

Astronomers consider isolated Fort Davis "the darkest place in the lower 48," or so says a guide at the University of Texas's impressive McDonald Observatory. Touring the giant telescopes pleases the scientific part of my personality the way the Chinati pleased the artsy side. If you're not into telescopes, outdoorsy attractions include Davis Mountains State Park and the Fort Davis National Historic Site. Meanwhile, the free Neill Doll Museum nearby houses a strange, impressive collection.

I head back to Midland through some lovely mountains and ranch land. Savor the view: Midland and Odessa's industrial scenery reappears before you know it.

Midland International is served by Sun Country, Continental, Southwest, and American Eagle; many flights connect via Houston or Dallas. Fall is high season: Rains cause the desert to bloom and the air to cool.

168 miles Arrive early: Marathon is over two hours from Midland/ Odessa. Take I-20 west to Hwy. 18. At Fort Stockton, get on Hwy. 385 south to Marathon. Stay at the Gage Hotel, the Marathon Motel, or the Adobe Rose Inn. Meals at the Gage are $20-$30 per person, but the food and ambience are excellent. Marcie's Kitchen, at the Marathon Motel, serves only breakfast.

110 miles From Marathon, take Hwy. 385 to the west entrance to Big Bend. Leave the park via the western gate and Hwy. 118. Take Hwy. 170 to the Terlingua ghost town and Lajitas. Chisos Mountains Lodge is the only full-service restaurant in Big Bend, but all the stores sell snacks and sandwiches. (Cell phones rarely work, and the heat kills, so bring plenty of water. Carry cash because there are no ATMs.) The Hungry Javelina, a roadside stand on Hwy. 170, serves burgers and hot dogs. Dinner at the Starlight Theatre and Bar in Terlingua is a must. There are no hotels in the ghost town, but there are a few nearby. Stay inside the park at the Chisos Mountains Lodge, or near Terlingua at the Chisos Mining Company or the Longhorn Ranch Motel.

110 miles From Terlingua, take Hwy. 118 to Alpine, then U.S. 90 west to Marfa. Grab coffee downtown before heading to the Chinati Foundation. Stay at Hotel Paisano or the Riata. Jett's, in Hotel Paisano, serves decent American food. 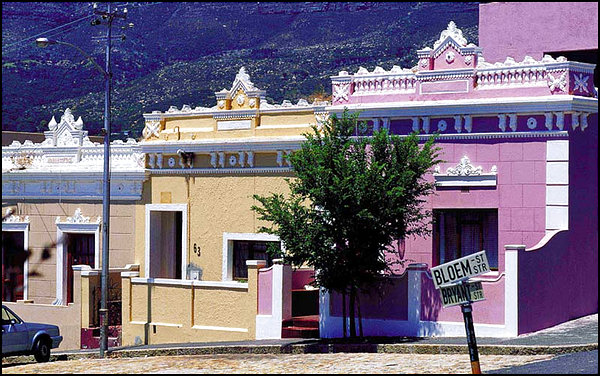 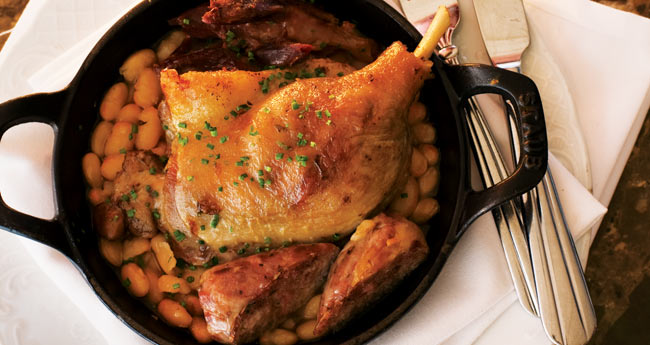