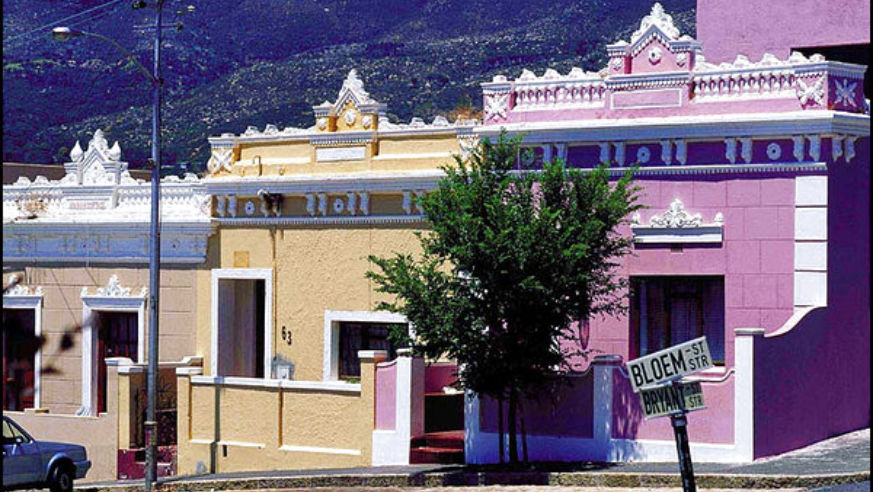 Thirty years after serving in the Peace Corps in Africa, Sean Sullivan is heading back with his wife and friends

Sean Sullivan spent most of the 1970s in the Peace Corps, and for nearly two years he trained volunteers in the southern African country of Swaziland. "That was during apartheid, and I had to drive through South Africa all the time," said Sean. "Back then no black people would look me in the eye." Now Sean wants to take his wife, Rita, who's never been to Africa, to see how things have improved in the Rainbow Nation. The Sullivans, from Darien, Conn., have set aside two weeks in February to travel to South Africa and Swaziland with Michael McMurray (a friend from Sean's bachelor days) and his wife, Michele. The foursome asked us to help plan their ambitious itinerary: see Cape Town, revisit Swaziland, and take a safari.

Hotels in Cape Town are far more expensive than in the rest of the country; even the Holiday Inn goes for around $200 a night midweek. The best values are at guesthouses and B&Bs, which charge about $40 per person. We first told the Sullivans to look at the online database of B&Bs from the Portfolio Collection. But with the exchange rate so favorable (6.5 rands to the dollar at press time), Sean said he wanted to stay somewhere luxurious. He eventually gravitated toward a 150-year-old, antiques-furnished home from De Waterkant Lodge & Cottages. Their cottage has a kitchen, a rooftop terrace, a balcony, and is within walking distance of downtown and the popular waterfront area.

Two of the biggest draws near Cape Town--the Cape of Good Hope and the Winelands--are both about an hour from the city. Sean thought about renting a car for a day trip to the vineyards, and we warned him that most South African rental agencies put a 200-kilometer cap (about 125 miles) on free daily mileage. Depending on how many wineries they want to visit, they'd probably have to pay extra. To guarantee unlimited mileage, all he would have to do is secure reservations before leaving the United States. Hertz and Avis both operate widely in South Africa, charging about $40 a day for a compact stick-shift car; automatics are typically twice as expensive.

But before they rented a car for the Cape Winelands, we offered up the possibility of hiring a guide, who would double as their designated driver. "I hadn't thought of that, but it could be a lot more fun that way," said Sean. For $61 per person (not including entrance fees or meals), certified guide Rob Davidowitz, of Beautiful Cape Town Exclusive Tours, would lead them on a custom winery tour in an air-conditioned Honda CRV or minibus.

Next, the Sullivans planned on visiting Swaziland, a tiny country embedded in South Africa's eastern reaches. "I know it was safe 30 years ago, but times change," Sean said. We assured him Swaziland is still safe. The trouble is that it's nearly 900 miles from Cape Town, and driving would take at least three days each way. Better to fly the 997 miles to Durban, South Africa's third-largest city, and from there drive through Swaziland and a few nature reserves, and end in Johannesburg (nicknamed Joburg), where they'd fly to Cape Town and then home. South African Airways quoted a price of $588 per person for the flights, but that wasn't the only option. Discount airlines have cropped up all over the globe, even in Africa. Nationwide Airlines quoted $95 one way to Durban, and three-year-old Kulula is selling tickets for just $66. The no-frills lines offered similarly priced flights between Joburg and Cape Town.

"I used to go to Kruger Park in South Africa, staying in rustic places and driving around on my own looking at animals," Sean said. "I wonder if this can still be done." It sure can. North of Durban, there's a circuit of such parks. The first stop, Hluhluwe-Imfolozi, is probably the best spot on earth to see both black and white rhinos in the wild. Positioned about 140 miles north of Durban off the busy N2 highway, its Hilltop Camp has sweeping views over the park. Just an hour east, on the Indian Ocean, the Sullivans could spend a day or two at Greater St. Lucia Wetland Park, a 1,000-square-mile UNESCO World Heritage Site that's home to hippos, massive saltwater crocs, and more than 100 species of butterflies. Guesthouses in St. Lucia are available for around $30 a night through South African Tourism's official website, southafrica.net.

From St. Lucia, it's about 185 miles up the N2 to the border of Swaziland, where Sean served in the Peace Corps. The hilly country is only 60 miles in diameter, making it easy to cross in a few hours. Hotels in the capital, Mbabane, tend to be either very basic or grafted onto tacky casinos, so we suggested the party pass through town just long enough for Sean to see how things have changed. We told them to continue 16 miles south to the Foresters Arms Hotel, a 235-acre retreat with rolling green pastures and groves of trees. From there, it's a 40-mile drive north through stunning mountain scenery to the South African border.

An hour's travel farther is the Crocodile Bridge gate of Kruger National Park. This park, roughly the size of Massachusetts, is the world's premier do-it-yourself game reserve for the Big Five (elephants, lions, buffalo, leopards, and rhinos). Private reserves nearby charge at least $200 per night, but Kruger gets tourists close to the same animals in 14 motel-style rest camps for less than $50. The camps sell groceries, they're staffed with knowledgeable rangers, and electrified fencing keeps out predators.

We suggested a few strategies for the couples in Kruger. First, don't stay at the same camp twice, since backtracking diminishes the chances of seeing fresh animal groups. Second, avoid the most popular camps (Skukuza, with its own airport, is the busiest)--tourists stampede out each morning, making sightings rarer. Finally, drive at least halfway up the 257-mile-long park, since the topography and fauna vary along the way. We charted a course up Kruger's spine from Lower Sabie camp (near hippos and crocs) to Satara (in lion country) to Olifants (above a dramatic escarpment where elephants roam).

Sean's thirst for adventure still wasn't quenched. "Do you think that then we could fly to Victoria Falls in Zambia?" Yes, they could--Nationwide Airlines flies there from Joburg for $200 each way--but after a two-week whirlwind, the couples should probably think about taking it easy. Besides, they'll have saved so much money on this trip, there can always be a next time.