The Allure of Southern New Mexico 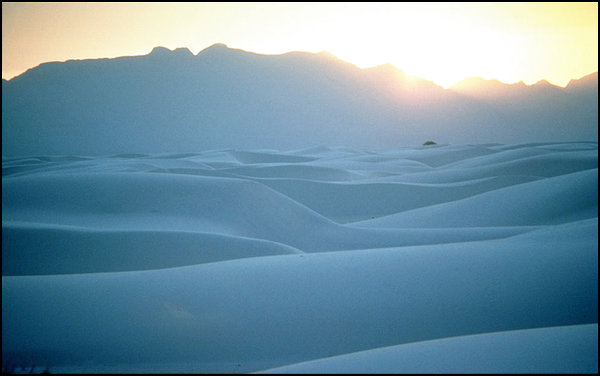 New Mexico Department of Tourism
The lower half of New Mexico is an otherworldly place—but you certainly don't have to be abducted to have an unforgettable trip.

Everybody does the same thing when they come to New Mexico: They head north from Albuquerque, toward Santa Fe and Taos. But I went to school in a small town on the edge of the Navajo reservation up there, and my wife, Lynn, also once lived in that end of the state. We're more fascinated with what lies to the south, where Billy the Kid ran wild and aliens crashed.

Day one: Albuquerque to Lincoln

In Albuquerque, at the Indian Pueblo Cultural Center's café, we order some $4.50 mutton stew--a New Mexico staple--and spread out our maps. We've stopped by the center to steep ourselves in native Southwest culture, checking out the historical exhibits, free dance performances, and pottery and art styles from around the state. We also need to decide where to go next. "This way," Lynn says, tracing I-40 east past Sandia Peaks, then down Highway 337 to Highway 55, which zigs through the center of New Mexico, connecting a number of tiny farming communities.

The first part of our route follows a string of old missions, so we start with a mission church in Albuquerque, the Church of San Felipe De Neri, which has been holding weekly services since 1706. The interior smells of wax, and the walls, four feet thick, make the church feel like a fort.

Two hours south of Albuquerque, we stop at one of the state's grandest missions, Quarai. Maybe 600 people lived here at its peak, but the mission lasted less than a century and was abandoned in the late 1670s. Perhaps the locals just weren't ready to give up their traditional way of life--the ruins contain a circular pit called a kiva, sacred to Southwest tribes. Above the kiva, the crumbling, red mission walls rise more than 40 feet.

Another mission, Abó, is 10 miles down the road. This one's not in such good shape, with buffalo gourds growing in the road bank. We're hardly back in the car before it's time to stop at Gran Quivira, the hillside remains of a classic Pueblo village. It looks rather like a sprawling motel.

Highway 55 leads us to 54, and then, past the ghost town of White Oaks, we intersect with Highway 380. To the west is the Trinity Site, where the first atomic explosion was set off. So we turn east, into the mountains, the temperature dropping with each switchback.

America's most famous bear was born near here, in the Lincoln National Forest. Smokey weighed less than 10 pounds when firefighters rescued him in 1950, and it took weeks to nurse him to health. Although Smokey spent the rest of his life at the National Zoo in Washington, D.C., he was buried at Smokey Bear Historical Park, in lovely Capitan. Lynn goes into Junior Forest Ranger flashbacks at the Smokey Bear Museum while I check us into the Smokey Bear Motel next door. (FYI, it's Smokey Bear, not Smokey the Bear; an act of Congress clarified this point.)

Lincoln, 12 miles east of Capitan, is what an old western town should be. It's where Billy the Kid escaped from jail in 1881, killing two guards. The country store, courthouse, and more are open for tours, but Lincoln is best after everything shuts down. The white stones that mark where Billy's victims fell glow in the sunset.

Maybe that's why aliens thought this was a good place to crash. Northwest of Roswell, just before midnight on July 4, 1947, a flying saucer came down. The wreckage was hauled to the local military base. Then, (a) the government switched the saucer for a weather balloon and hushed it up, or (b) it was a weather balloon all along. Roswell's International UFO Museum and Research Center offers both sides of the story, though there's an obvious slant. The highlight is a tiny piece of metal found near the crash site, a metal like none other on earth. But the teenagers walking through the museum--wearing top hats embellished with bright-green aliens--aren't much like anything else on earth, either.

We turn south on Highway 285 for a two-hour drive to see what lies under all that desert. Carlsbad Caverns came to attention in 1898, when Jim White, a teenage ranch hand, saw what he thought was smoke rising from the earth. It was actually a swarm of bats streaming out of the cavern. During summer sunsets, as many as a half-million Mexican free-tailed bats--each able to eat half its weight in insects in a night--come out to hunt.

With 50 or so other people, we sit by the cave entrance, listen to the free ranger talk, and wait. Quite suddenly, the air is alive with bats that pour from the cavern mouth for 45 minutes, a black ribbon stretching miles into the sky. Lynn and I beam like kids at Christmas.

We decide to spend the night in Carlsbad, which is actually 25 miles from the caverns. A closer town, White's City, is really just a souvenir shop and a hotel that is slightly pricey due to its proximity.

The trail ends at the Big Room, which has some of the cave's most spectacular formations, from tiny nubs of minerals to hanging stone curtains the size of buses. We sign on for an extra tour, of the Left Hand Tunnel (wishing that we'd planned ahead better and booked one of the spelunking trips, where you crawl through dark, tight passages). There are no electric lights; our walk is lit by candle lanterns.

After lunch in the underground restaurant, we elevator back to the surface, squinting like moles. At Highway 82, we head west, traveling slowly uphill along a perfect river valley with one horse pasture after another, peak at the town of Cloudcroft, and then drop nearly 5,000 feet in only 16 miles, to the deserts surrounding the small town of Alamogordo.

It's still early enough to visit Alamogordo's main attraction, the New Mexico Museum of Space History. The models of rockets and satellites are interesting but easily trumped by the astronaut food. On the space shuttle, they toss back Pepsis in what look like whipped cream dispensers, but back on the Mercury flights, dinner consisted of little brown squares labeled "graham cracker cubes" and "cheese cracker cubes." Clearly, NASA was testing the future of airline dining.

Southwest of Alamogordo on Highway 70, White Sands National Monument first appears on the horizon as a glare, and then the shape of the dunes comes out, pure white against the brown and green surroundings. White Sands is 275 square miles of gypsum sand, and even on a hot day you can walk barefoot on it.

We buy a sled at the gift shop, then drive to the park's biggest dunes. We try to describe to each other how weird this place is, but words fail. Surrounded by giant dunes, the only colors we see are the white sand glare and the pure blue sky above. Except for the tarantulas, even the insects are translucent white. Lynn climbs 50 feet up a dune and leaps onto the sled as if the sand were New England snow.

We get to Las Cruces, the state's second largest city, just in time to find a hotel with that vital something for summer travel in New Mexico (and an afternoon playing in the sand): an indoor pool.

Interstate 25 is actually a section of the Pan-American Highway, which stretches from Prudhoe Bay, Alaska, to Patagonia, Chile. We're four hours or so from Albuquerque, so we have plenty of time to pull off at Truth or Consequences for a stretch and a soak. T or C used to be called Hot Springs, after its natural Jacuzzis--unusual in that they're highly mineralized but almost sulfur-free. Then, in 1949, the game show Truth or Consequences offered to throw a party and broadcast a show from any town that would change its name to match.An hour later, it's time for a stretch at Bosque del Apache National Wildlife Refuge.

We've missed the sandhill cranes that migrate through the wetlands; the other birds we're seeing are simply LBGs (little brown guys) to us, except for the ones who are LBGs (little blue guys). Next time, we're bringing a field guide.One last stop: Belen, on the banks of the Rio Grande. Friends in Albuquerque said the best food in the state is at Pete's. We work up an appetite at the Harvey House Museum, looking at displays on train history and early fast-food service. Before World War II, there were Harvey Houses--staffed by Harvey Girls--at most major railroad stops west of the Missouri River. Then we cross the street to Pete's for enchiladas, burritos, and empanadas.

One taste explains why the line for a table goes out the door.We're in no hurry. It's only a half hour to Albuquerque from here. We leave the restaurant and walk to the banks of the Rio Grande. So far, twilight has brought magic each night of this trip: bats, Billy the Kid, sled rides, a quiet hour with the two of us floating in cool water. On the riverbank, we watch the sun drop and wonder what the evening will offer this time.

Day one:Albuquerque to Lincoln, 172 Miles  Take I-40 east to exit 175 at Tijeras, where you get on Hwy. 337 south. Turn right to go south on Hwy. 55, which leads to Quarai. Turn west on Hwy. 60 to reach Abó. Double back up 60 to turn south again on 55 to Gran Quivira. Continue south; when 55 hits Hwy. 54, turn right. A couple of miles past the ghost town of White Oaks, turn east on Hwy. 380, and head into Lincoln National Forest toward Capitan. The town of Lincoln is farther east on 380.

Day two:Lincoln to Carlsbad, 206 Miles  Continue east on 380, which links with Hwy. 70 in Hondo, from which it's 47 miles to Roswell. Turn south on Hwy. 285 for the two-hour drive to the town of Carlsbad.

Day three:Carlsbad to Las Cruces, 269 Miles Carlsbad Caverns National Park is actually 25 miles south of Carlsbad on Hwy. 62/180. After the caverns, backtrack through the town of Carlsbad, continuing north up 285 to the town of Artesia. Turn west here on Hwy. 82, going up to Cloudcroft, then down into Alamogordo. Drive southwest from Alamogordo on Hwy. 70; stop at White Sands National Monument. Continue down 70 to Las Cruces for the night.

Day four:Las Cruces to Albuquerque, 223 Miles Leave Las Cruces on I-25, following the Rio Grande north about 70 miles to Truth or Consequences. Continue on I-25 to Bosque del Apache, Belen, and Albuquerque. 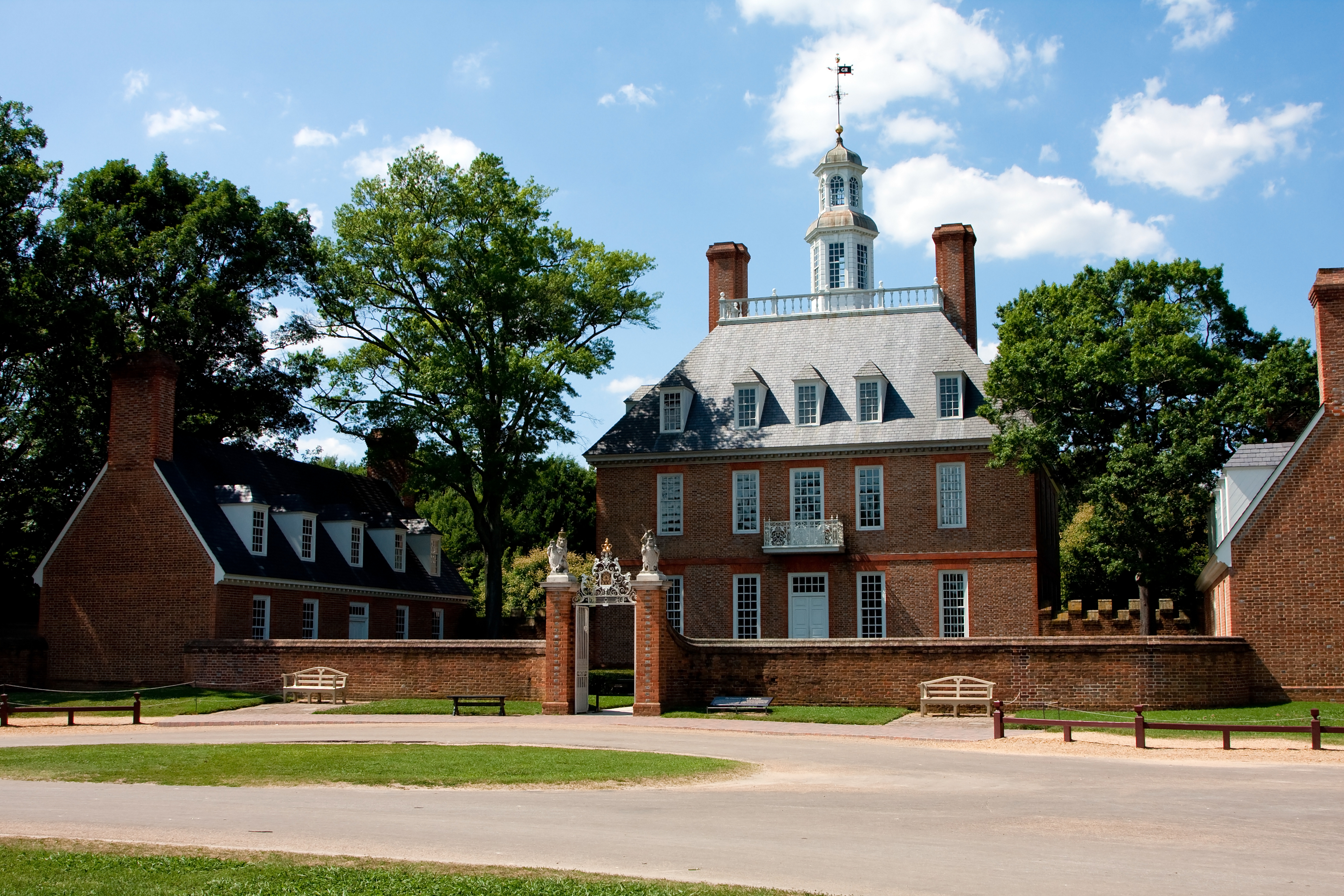 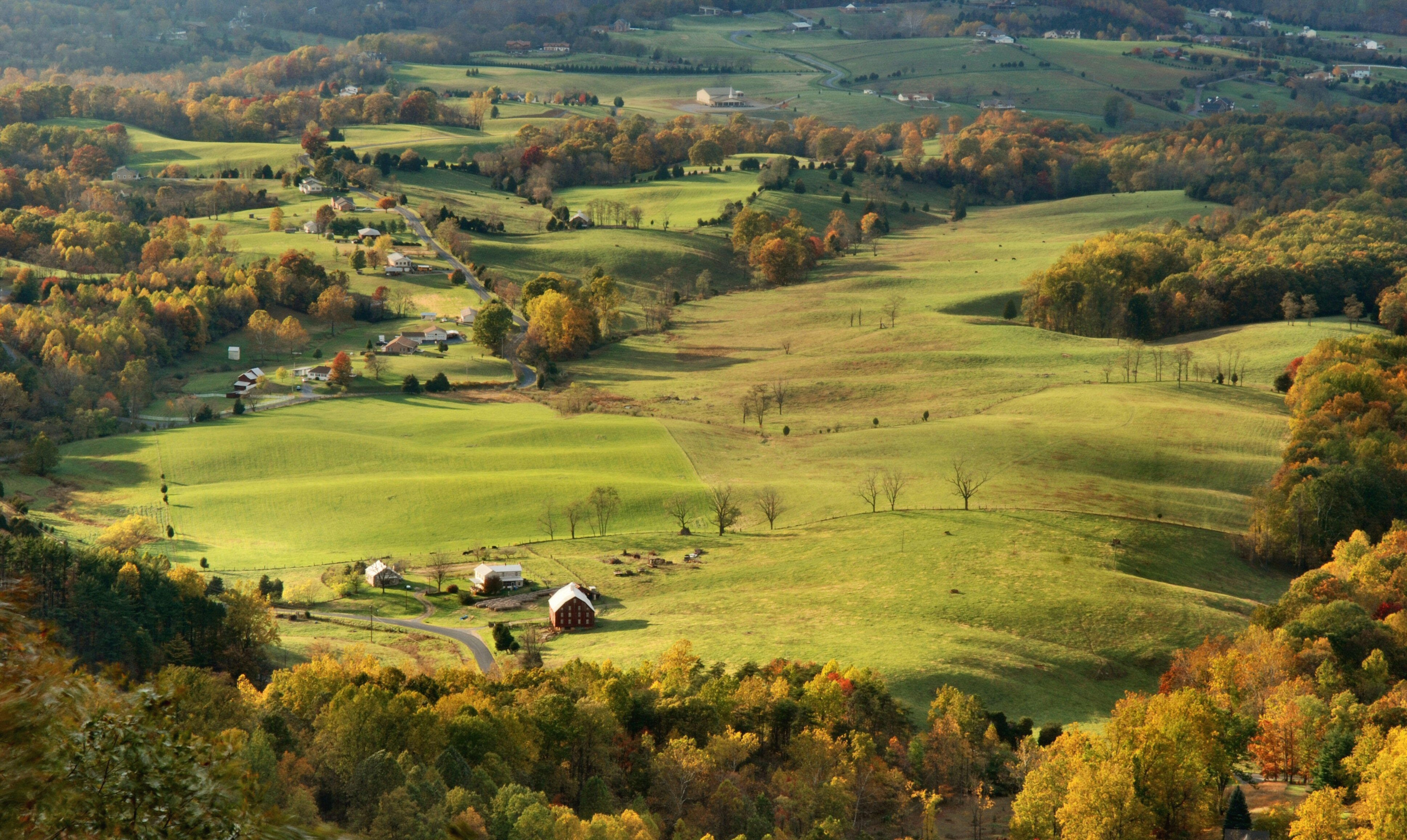 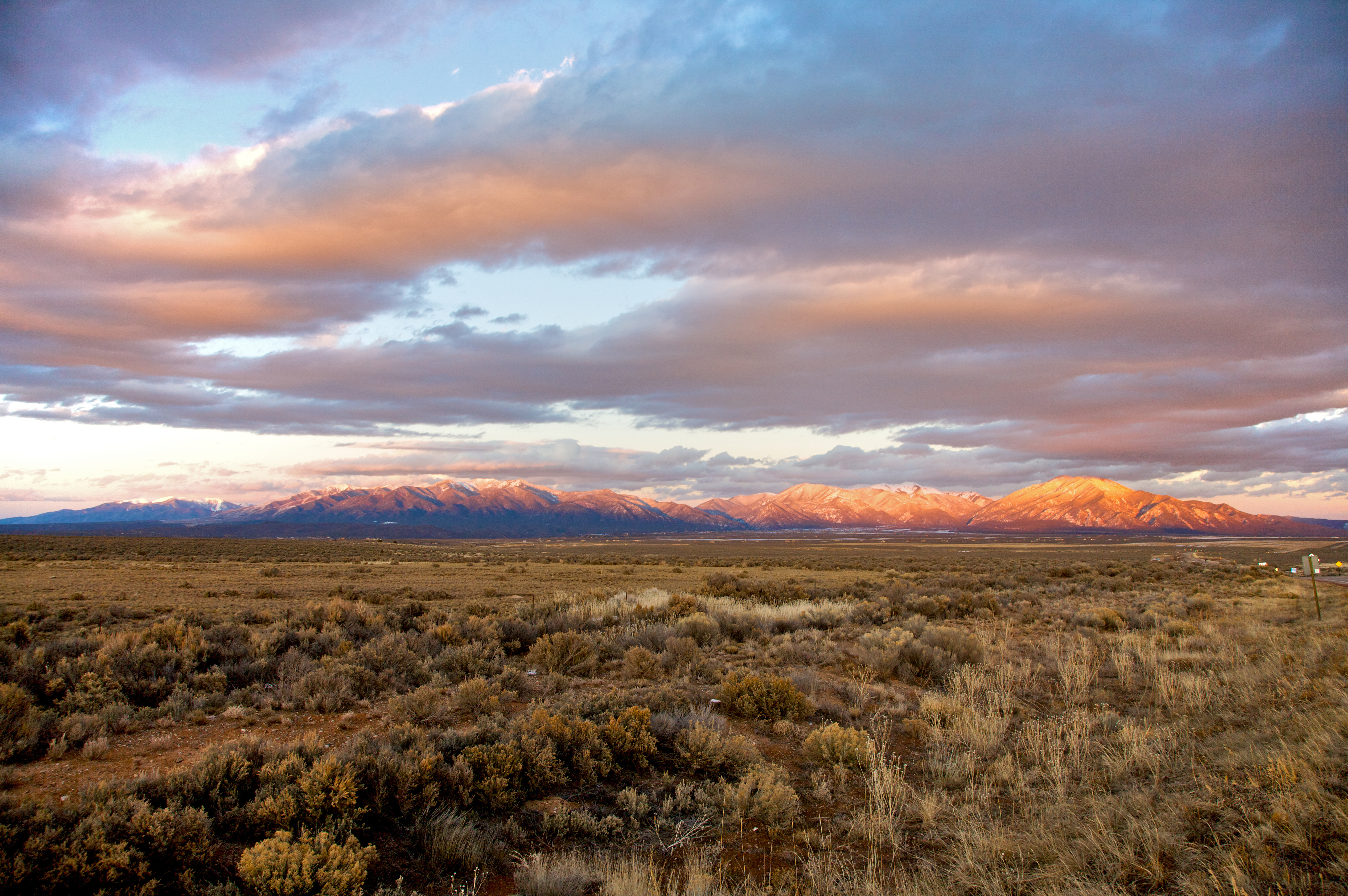