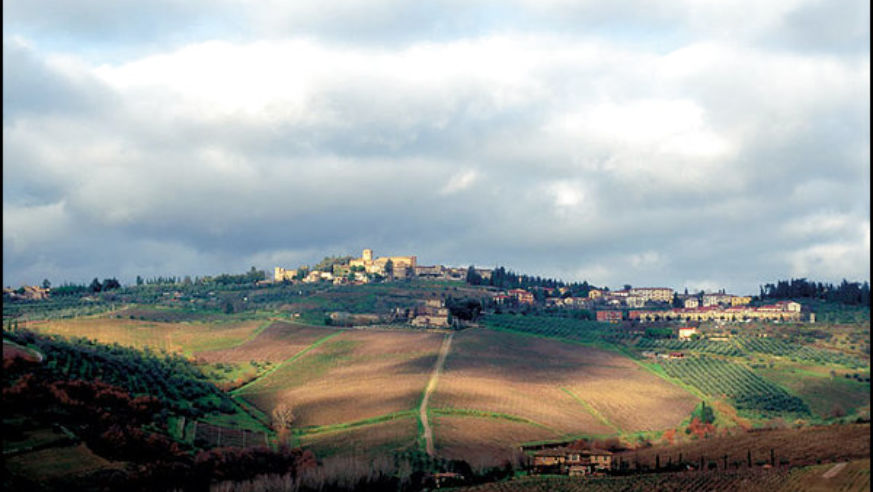 After serving overseas in the air force, Richard Farrow is planning to take his wife, Andrea, on a whirlwind vacation.

"Two years ago, my husband got activated with the military," Andrea Farrow, of Murrieta, Calif., wrote to us last summer. "While he has been all over the world, he has actually 'seen' very little of it other than military bases." Andrea was planning on dropping off her three sons with Grandma and taking a two-week trip to Europe in late March with her husband, Richard, a member of the Air Force Reserves, soon after he was released from duty. She wasn't sure where to go, listing Spain, Italy, Portugal, Greece, Switzerland, Germany, Austria, Ireland, and Scotland among the places that interested them. When pressed for specifics, Andrea named Pompeii and Venice, and it became clear that we should help them focus on Italy.

A short while after agreeing to coach the Farrows, we got an e-mail from Richard: "My wife doesn't think that we're going, because of some money issues. If she e-mails you about it, just ignore her. I guess this vacation is now going to be a surprise." Andrea never told us they were canceling the trip outright, but after a few weeks we stopped hearing from her. Richard stayed in touch with us between missions in Afghanistan and Iraq, and we managed to keep the planning a secret. At one point, worried that Andrea was "getting a little snoopy," Richard even switched e-mail addresses to throw her off. "Andrea thinks we can't afford this,"  Richard wrote, "but we'll manage. I will sell my car if I have to."

The Farrows wanted to travel primarily by train, and we told them to research routes and schedules at trenitalia.com. After plotting out a rough itinerary according to their requests--a mix of Italy's major attractions with some off-the-beaten-path fun--we suggested that they spend $564 on a second-class, two-person Italy Rail 'n Drive pass, which comes with four days of train travel and a two-day compact-car rental.

"I'm a history teacher," Andrea had said, "so castles, ruins, and historical sites are a must." The Farrows' first glimpse of Italy is in Rome, where their tight schedule allows for three days. Although they want to see the city's big-name attractions, we told them not to get bogged down with a checklist of sights. There are a number of ways to enjoy Rome, such as window-shopping the fashion boutiques of Via dei Condotti, tasting the creamy gelato at Giolitti, and wasting an afternoon at a café on Piazza Navona (so that Andrea can engage in an activity that she had requested--"sitting outside and watching people as they move about their daily lives.")

The Farrows are using the first day of their rail pass to head two hours south to Naples, where they'll switch to a private rail line not covered by their pass (Circumvesuviana, $3) for a 40-minute ride to Pompeii. We pointed out to the Farrows that to be most efficient, before they leave Napoli Centrale station for Pompeii they should place their luggage in a storage room and reserve a sleeping berth, or couchette, on an overnight train to Venice that evening (roughly a $20 supplement to their rail pass).

Wandering around the dusty streets, crumbling temples, vacant houses, intact bakeries, and amphitheater of Pompeii--all frozen in time (a.d. 79, to be precise) by the hot ash of a volcanic eruption of Mount Vesuvius--should eat up five or six hours. Snack trucks lining the road to Pompeii provide a simple lunch, and gift shops sell excellent illustrated guides to help navigate the ruins. If they limit themselves to three hours in Pompeii, they may be able to squeeze in Herculaneum, the less crowded and in many ways more evocative victim of Vesuvius. They just need to hop out at the Ercolano stop on the return to Naples.

The overnight train arrives in Venice at 5:31 a.m., a great opportunity to watch the sun rise over the city of canals. We instructed the Farrows to drop their bags at their hotel--the family-run Hotel Bernardi Semenzato--and head directly to the famed Piazza San Marco, which will be wonderfully empty at that time of day. The Secret Itineraries tour of the Doge's Palace, adjacent to St. Mark's, is up next, and guides give an overview of the 1,000-year history of the Venetian Republic while bringing visitors through cramped wooden chambers hidden behind tapestries in the lavish palace.

As part of the special tour, Richard and Andrea will even get to clamber up to "the leads," the attic prison cells from which Casanova once escaped.

"We'd like to go to some out-of-the-way places that most tourists don't see," Andrea had insisted, prompting us to recommend that on their second day in town they explore Venice's outlying islands by ferry, or vaporetto. The glass factories at Murano, a mini-Venice with canals and cathedrals but no crowds, are fascinating. The fishing village of Burano is known for its brightly colored houses, and then there's also the largely abandoned island of Torcello. It was a former haunt of Ernest Hemingway and is home to little more than some weedy canals, a couple of restaurants, and a 1,000-year-old church glittering with mosaics.

Limiting Venice to two days may seem like sacrilege, but the Farrows demanded a fast pace. Andrea had said she wanted to see as many things as possible, concerned that they'd never take a similar trip again. We told them to hop a morning train that by early afternoon would land them in Pisa for mandatory photo ops of the Leaning Tower. A couple of hours is plenty. They'll continue on to the seaside village of Riomaggiore, where brothers Roberto and Luciano Fazioli rent fantastic apartments for $65 to $130 double. Riomaggiore is the southernmost of five villages along the cliffs of the Riviera known as the Cinque Terre. The villages are connected by a series of ancient goat paths that are scenic and great for hiking.

Next is Florence and two days of sightseeing, followed by a day of cycling through the small towns and hills of the Chianti region with an outfit called I Bike Italy. The Farrows pick up their car in Florence for a final two days, heading south to San Gimignano, a kind of medieval Manhattan with 14 stone towers atop a hill. After lunch at La Mangiatoia--with a bottle of the local white wine, Vernaccia--they drive on to Siena, one of the best-preserved medieval cities in the world. The Campo, Siena's sloping, scallop-shaped central square, is a stone's throw from the place we recommended the Farrows stay, the Piccolo Hotel Etruria.

Before returning to Rome, the Farrows have one last stop. Along the back road from Scansano to Manciano, at a sharp bend just beyond a bridge, they'll see cars parked on the shoulder. Across the field is Saturnia's Cascata del Gorello, hot mineral waters that spill down the hillside in a series of relaxing pools.

The total cost of the couple's trip should be about $4,500--well within the budget Richard gave us. "My wife has done an outstanding job raising our three sons and taking care of our house while I've been away," he said. "She deserves this." Now they know they can afford it. We just wish we could see the look on Andrea's face when she finds out.