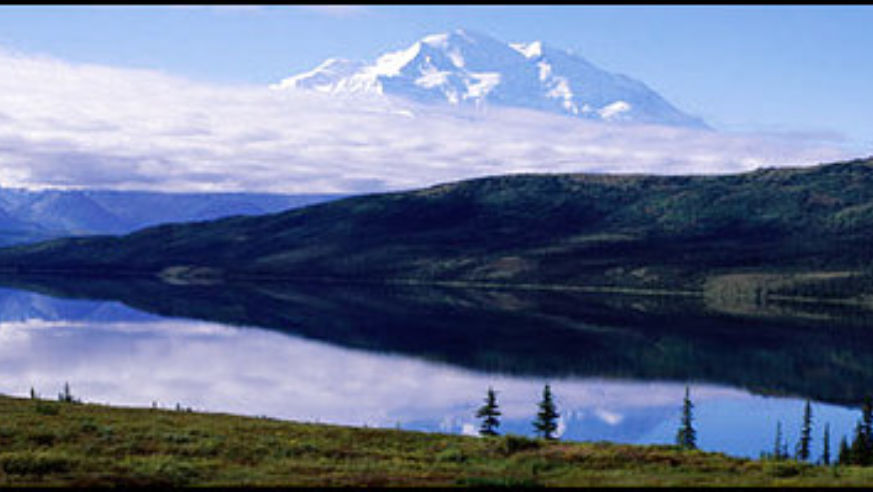 Building a budget-minded itinerary in the nation's largest state is a challenge. Now try it with three 12-year-old boys

Ken and Cathy Robertson of Springdale, Ark., take at least one major vacation per year with their triplet sons, Brock, Connor, and Quinn. They've been on cruises and to big cities, but the majority of their adventures have involved the great outdoors--the Everglades, a Colorado guest ranch, and Yellowstone, to name a few. "When the boys got old enough, I put together several options and we voted on where to go," says Ken. "It's become a tradition. Every year when we return from a vacation, I have a list of possibilities for future trips ready." Once a consensus is reached, Ken starts compiling information on flights, hotels, and sights in a spreadsheet. The boys usually help out with the planning, poking through guidebooks and brochures and weighing in.

Alaska has been on the family's wish list for years, and this summer Ken and Cathy are finally going to make it happen. "There's so much we want to experience, but it's all so expensive," said Ken, who works in the Sam's Club division of Wal-Mart and knows a thing or two about saving money. "We're struggling to find the best value and the best combination of things to do. I know it's not going to be cheap. I just want to get my money's worth."

They've allotted two weeks for the trip. Their first idea was to start with a one-week cruise, but they were worried that it would eat up too much time, and that the boys might grow bored after a few days. We suggested that they fly to Anchorage for a land-based trip that still includes some time on the water. There's no getting around the fact that Alaska is pricey, especially in the summer, so we put together an itinerary that balances the bargains and the splurges.

We recommended a loop from Anchorage: down the Kenai Peninsula, a ferry ride across Prince William Sound to Valdez, and then a leisurely drive to Denali National Park before heading back to Anchorage. Such a trip can be hurried through in a week, so the Robertsons should have plenty of time for fun and flexibility, which Cathy will surely appreciate. (Ken tells us that he sometimes plans things a little too tightly for his wife's liking, "as she often reminds me.")

On the way south to the Kenai Peninsula, the first stop is the Anchorage Coastal Wildlife Refuge--specifically Potter Marsh, where there's a boardwalk for viewing moose, waterfowl, and spawning salmon. Less than 15 minutes farther is Beluga Point, a playground for whales. At high tide, there are sometimes two dozen 13-foot beluga whales right offshore. We reminded the boys to periodically look up at the land side of the road, because the steep rocks are a favorite spot for Dall sheep.

The Robertsons wanted to get on the water, so we pointed them to a day cruise in Resurrection Bay and Kenai Fjords with Native American-owned Kenai Fjords Tours. This is the Cliff's Notes version of Alaska: enough glaciers to make you feel as though it's the Ice Age, as well as puffins, seals, sea lions, and maybe even humpback whales.

"The boys are super-excited to try dog sledding," says Ken. "They think it looks like the coolest thing in the world." They're right. A single 50-pound dog can haul a 500-pound sled by itself and still wag its tail the entire time. In Seward, a company called IdidaRide takes customers on two-mile wilderness runs (the sleds are on wheels because there's no snow, but it's a fun ride nonetheless). The boys should also end up happily covered in dog fur after touring the kennels and playing with the puppies.

One of the first things that got all of the Robertsons jazzed to go to Alaska was the chance to see the salmon run--and the dozens of bears fishing--in the streams at Katmai National Park. "The whole family is really into wildlife and nature," says Ken. The problem is that no roads lead to Katmai, and the cost for a seaplane and tour is very, very steep; even day trips run more than $500 per person. But there are less-expensive alternatives. Traveling in July, the Robertsons will likely see bears by the roadside, at streams, and throughout Denali National Park. Talon Air Service flies out of Soldotna, on the west coast of the Kenai Peninsula, to a remote area where bears feed on spawning salmon. There's a near guarantee of encountering a grizzly bear. The six-hour tour is just under $300 a person.

Gwin's Lodge, in Cooper Landing (roughly in the middle of the Kenai), is a good base for exploring the peninsula. The kids will love the loft beds; Mom and Dad can hike up to Russian River Falls to watch leaping salmon and maybe spot a moose. Cabins big enough for the family are $199 in peak season.

The Robertsons opted out of a full cruise, but they can still hit the open water on the Alaska Marine Highway. We warned them that advance reservations are essential, especially since they'll be taking along a car. They'll hop on the AMH at Whittier and cruise across Prince William Sound to Valdez, a journey of roughly five hours. From Valdez, the family will drive past the waterfalls of Keystone Canyon to the Glennallen Junction. There they have a choice of heading north along Wrangell-St. Elias National Park, one of the largest protected wilderness areas in the world, up to Fairbanks and the chance to look over reindeer, caribou, and shaggy musk oxen at a farm run by the University of Alaska; or going west past Matanuska Glacier and the Chugach Icefields (nearly the size of New Hampshire) back to Anchorage. Either way, it'll take at least two days on the road from Valdez to reach the centerpiece of the trip, Denali National Park and Mount McKinley, the continent's tallest mountain. There's no telling when they'd want to stop, so instead of making reservations, we told the Robertsons to find a motel or campsite whenever it felt right.

Private cars are only allowed in a small part of Denali, so to really see the place, it's necessary to get on one of the park's converted school buses. Kids under 15 go free on most tours, including the all-day trip to Wonder Lake (note: reserve early). The drive is filled with jaw-dropping landscapes of glaciers and tundra, and there are chances to spot Toklat grizzly bears, caribou, and wolves. From the lake, the mountain is so big it looks like a wall--when the weather cooperates, that is. Only about a quarter of visitors ever actually see Mount McKinley, which is so massive that it makes its own weather; it seems particularly fond of clouds.

The Robertsons still wanted more excitement, so we told them about Nenana Raft Adventures. Based right outside Denali, it runs rafting trips on Class III and IV rapids--not unlike combining a cold shower with a roller coaster.

"It's probably gonna cost me, but I've gotta get the boys up in a plane for the scenery," says Ken. K2 Aviation, in Talkeetna, gives a reason to splurge: The operation's Denali Grand Tour route loops all the way around Mount McKinley and includes a glacier landing. The cost is $265 a person, but worth every penny.

Back in Talkeetna, the family can feast on moose or caribou burgers at the West Rib Pub & Grill. In summer, the sun doesn't go down until after 10 p.m., so there'll be plenty of daylight left for more adventures. Have an awesome time!

Last fall we coached six members of the Red Hat Society on a trip to London for shopping, sightseeing, and pub hopping. Here they are with the faux Fab Four at Madame Tussauds. "We came back with fantastic memories," says Lucille McCaie, one of the ladies from Fitchburg, Mass. "Your tips were helpful. There was just too much to do--we ran out of time."