They Want to Suck Your Blood 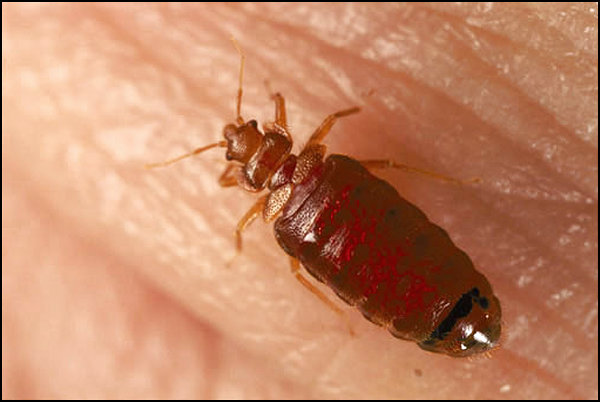 They're a quarter-inch long and light tan to dark red in color, and at night they crawl out of hiding to look for warm flesh to feed on. When they find a host, they inject a numbing agent so that they can suck blood undisturbed. Most people never know that they've been bitten.

After a half century during which they virtually disappeared from first-world countries, bedbugs are back. The National Pest Management Association says that bedbug activity in the U.S. has increased 500 percent over the past three years, and a few well-publicized lawsuits have some travelers paranoid. But what threat do bedbugs really pose? And what can you do to ensure that you sleep tight and don't let you-know-whats bite?

The truth is, the chances that your room will be infested with the blood-feeding insects are extremely low (lodging owners say mice, ants, and roaches are far bigger problems, if that's any consolation). Still, it's possible to find bedbugs almost anywhere--skeevy motels and first-class resorts alike. There's no evidence that bedbugs spread disease or cause any serious harm to people, but just the idea of them can ruin a good night's rest. Here's what to do after you check in.

Rip off the bedding: Examine the folds of the mattress and any crevices around the headboard area, where bedbugs have been known to hide out. Dotted brown-gray stains on the mattress can mean bedbugs are regular guests there.

Examine the sheets closely: "Tiny blood spots on the sheets are their calling card," says Dr. Gary Bennett, a professor of entomology at Purdue University.

Take a whiff: An infested room will have a sickly-sweet smell.

Don't put luggage on the bed: Bedbugs spread primarily by stowing away in the baggage of oblivious travelers, so avoid helping them find a new home. 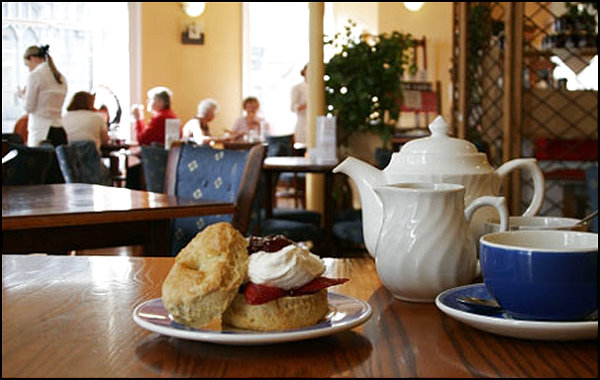 Afternoon tea, generally taken between 3 p.m. and 5 p.m., is a traditional meal that reached its heyday in England during the Victorian era and remains a part of British culture to this day. All the same customs apply whether you're taking tea in a restaurant or in a private home (although the rules are less rigid in modern times). The focus is on presentation and conversation, not food or drink. If you dine out in London or a posh country manor, expect to pay approximately $30 per head for tea and a fixed spread. The tea itself Asking for anything herbal or fruity will result in strange looks at your table. Classic British choices are China (weak with lemon) or India (with milk); if you want something stronger, ask for a breakfast tea. Forgo your usual tea bag for the silver tea strainer on the table, and use tongs (not a spoon) for the sugar cubes. It's customary to add milk after you've poured the tea. Tea cups are fragile; stirring vigorously, so that the tea overflows or your spoon makes a clinking sound, is extremely bad form. While you're drinking, keep your pinky firmly curled next to the rest of your fingers; cocking it is pretentious. Need we even say that thou shall not slurp? Nibbly bits At restaurants, a waiter will bring a three-tiered serving plate: bread, butter, and crustless cucumber, watercress, and egg sandwiches sit on the bottom tray; scones with butter, cream, and jam are in the middle; and little cakes and biscuits (cookies) are on the top. Everything you eat should be bite-size. Use the small, bone-handled tea knife to cut your bread or sandwich. The butter knife and jam spoon in the middle of the table are for everyone; use these utensils, not your personal ones, to help yourself to a small serving of jam or butter, and place it at the side of your plate. Cakes and biscuits may be consumed after the bread, sandwiches, and scones, but take your time (anything sweet should be eaten last). Never dunk biscuits in your tea. Swallow food before sipping. Talk and dress People traditionally gather at afternoon tea to enjoy one another's company and catch up. Two people might meet for an intimate tea, or a formal tea party could be thrown for as many as 50. The numbers aren't important, but conversation is. Politics and business are too touchy; social events, sports, and celebrity gossip are always fair game. Dress neatly: at least an oxford shirt for men and a calf-length skirt or slacks for women. At all costs, avoid denim or anything ripped or revealing. High tea Afternoon tea and high tea are different. Traditionally, the former features snacks intended to hold you over until dinner; high tea is taken in place of dinner, with hearty dishes such as sausage, fish, baked beans on toast, and hard-boiled eggs. You won't find high tea served in a restaurant or hotel. The meal is the exclusive domain of the home and is especially popular among families with small children because it's quick and easy to make. It's informal, so although basic table manners are important, don't worry about what to eat when. There's also the mid-morning snack called &quot;elevenses&quot; (taken at around 11 a.m.). Expect a currant bun or biscuit and tea or coffee if you're staying in a home; in restaurants and hotels, this meal receives little fanfare. Don't worry about clothes or propriety for elevenses--most people eat it alone, at the office, or between errands at home. 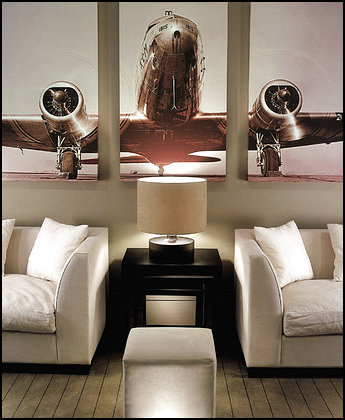 Blame it on Wal-Mart. Thanks to the discount-store revolution, consumers now expect a lot more for their money. Or consider it a repercussion of 9/11 on the travel industry, which, through markdowns on empty four-star rooms, gave budget travelers a taste for luxury. Whatever the cause, major investors have gone to the drawing boards to craft showroom-quality lodging for the value-conscious, and their first experiments are debuting around the world. Australia: "It looks like a million dollars," says Graeme Warring, CEO of Base Backpackers. "It should. It cost 10!" He's referring to what may be the fanciest hostel ever--four stories, sheathed in red glass, with a two-story atrium, a 59-foot-long aquarium embedded in the floor, a bar called RedEye, and an Asian restaurant. It ope-ned last May in St. Kilda, a beach suburb four miles from downtown Melbourne. There are 21 double rooms with Egyptian-cotton duvets, and 40 dormitory-style rooms, usually shared by six to eight beds, which have their own bathrooms. The Base brand, started by one of the world's largest hotel groups, Accor (Sofitel, Ibis), has already expanded to nine locations in Australia and New Zealand. All of the hostels include Sanctuary, a women-only area where a $1.40 premium buys privacy and extra comforts such as hairdryers, Aveda products, feather pillows, and fluffy towels. United Kingdom: Because it's 12 miles northeast of Nottingham, England, the Dakota hotel, which opened last June, won't draw many Americans. But the next links in the chain will: By fall 2005 there will be a Dakota in Edinburgh, Scotland, and 20 more are slated for other parts of the U.K. by 2007. The men responsible are Ken McCulloch, father of the Malmaison luxury hotel group, and Scottish race-car driver David Coulthard. Behind the first Dakota's monolithic black-granite exterior, there's a warm look, including an open fireplace in the lobby, exposed brick, and hardwood floors. King-size beds and 32-inch LCD TVs are standard in the 92 rooms. "We strip out all the things travelers don't want to pay for," says general manager Bruce Robertson. "You won't find a chocolate on your pillow." In London, Stelios Haji-Ioannou, the entrepreneur behind the low-fare airline EasyJet, is squeezing 34 prefabricated fiberglass chambers into what was a 20-room Kensington hotel. EasyHotel, opening late this year, will rent bright-orange rooms, many windowless, for as little as $9 per night. The compartments--housekeeping could literally hose them down, although that's not the plan--are outfitted with a toilet and a shower, but no TV and no phone. Next up for Haji-Ioannou: a budget cruise line. Launching in 2005, it'll use the same prefab rooms as cabins. Improbably, someone else in London is plotting a honeycombed pod hotel: Simon Woodroffe, best known for the European restaurant chain Yo! Sushi (once famous for having waist-high robots that dispensed beverages). Last month, after nearly three years, his Yotel prototype, inspired by the smart way first-class airline seats use space, debuted at a London design expo. From $91 a night, you'll get a pod that measures 10 square meters (107 square feet). Each has a double bed, bathroom with shower, pull-down desk, flat-screen TV--plus Wi-Fi and downloadable audio. Woodroffe plans to open a London location by next year. If it takes off, he'll franchise the idea to the next logical place: airports. United States: Next month, InterContinental Hotels Group--owner of Holiday Inn and Crowne Plaza--introduces Hotel Indigo in Atlanta. The new brand is designed to be easily refreshed: hardwood floors with area rugs, easy chairs with slipcovers, and beds piled with duvets. All targeted, says Jim Anhut, InterContinental's V.P. of development management, at guests willing to pay "a dollar for coffee at Starbucks rather than 50 cents at Dunkin' Donuts." A Chicago site will open in the spring, followed by 250 more locations. Choice Hotels International, which runs Econo Lodge and Comfort Inn, among other brands, is also backing a new line, coming in early 2005, with rates averaging $90. Recent mock-ups called for airy rooms with flat-screen TVs and see-through shelving units instead of interior walls. There's no name yet, but there is a number: Expect up to 500 properties. Even celebrity designers and hoteliers are catching the bug. Andre Balazs, who started the two hip and competitively priced Standard Hotels in L.A., is taking his concept east in the fall, when The Standard expands to Miami Beach. He has also acquired a building for a hotel near Times Square in New York City and has said that it'll offer "very, very, very minimal service" when it opens next year. Todd Oldham (of the Target housewares line) and David Rockwell (the sets for Broadway's Hairspray) are in early collaboration on a boutique chain; according to the Wall Street Journal, the nightly rate will start at around $85. And echoing Balazs' vision, Philippe Starck, who designed many of Ian Schrager's upmarket hotels, announced to the Financial Times his dream for a "very, very, very, very affordable, sort of semiautomatic hotel." Clearly, "budget boutique" has gone from oxymoronic to chic. Make that very, very, very chic.