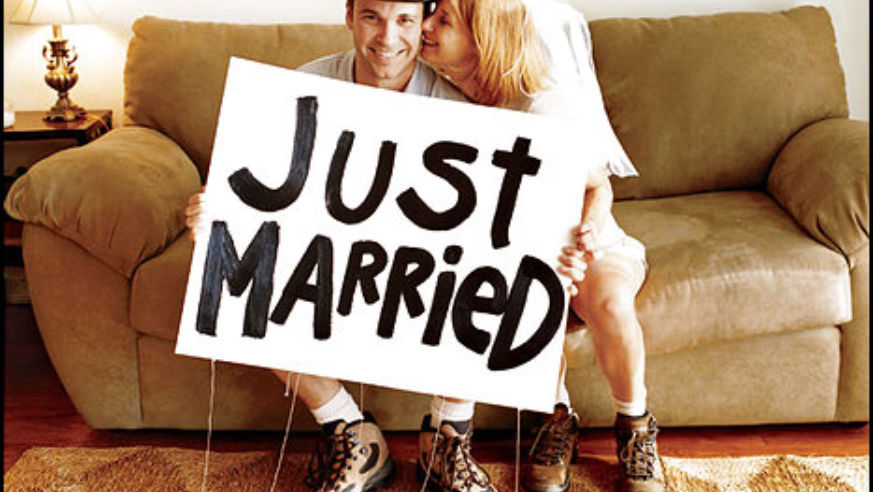 For a couple from L.A., the perfect honeymoon involves ancient ruins and whirling dervishes--relaxation, too

Six years ago, Kristi March and Dave Barnes ran into each other at a bar in San Francisco. Dave was sure they'd never met, until Kristi convinced him that they went to school together in Huntington Beach--from fourth grade through high school, actually. "A nice friendship developed," according to Dave, but after the dot-com bust, he moved back to Southern California. Then, two years ago, Kristi finished her degree as a pharmacist and took a job in L.A. They started dating, and just before Christmas, Dave proposed under the stars at Santa Monica beach. The wedding is on for September.

Originally Kristi and Dave thought of Paris and a countryside wine tour for their honeymoon, but France didn't seem adventurous enough for a duo who had gone caving in Belize and on safari in South Africa. They were turned on by the ruins, scenery, and culture in Turkey. "It seems like one of those unspoiled places on the Mediterranean--an ideal place for a romantic honeymoon," Kristi wrote to us. "We have the most fun when learning about new cultures. We considered Italy, Croatia, and Greece, but they didn't inspire us the same way that Turkey did."

Miles on United Airlines will get them as far as Paris, so the honeymooners decided to spend the first three days in the City of Light. The remainder of their two-week trip will be in Turkey, and they asked us to help plan an itinerary focused on natural wonders rather than museums, with a few big-name attractions as well. We recommended a couple of days in Istanbul, followed by a flight to Denizli's Cardak Airport, near the Aegean coast. They'll rent a car there and drive along the stunning shoreline before flying from Kayseri to Paris (via Istanbul). With Turkish Airlines handling all the flights, the airfare is $629 per person. Going by train or bus costs less, but that would eat up precious days--and be a lot less pleasant.

They hope to cover several of 2,500-year-old Istanbul's major sights in two days, so it'll be a busy 48 hours. We agreed that they'd probably kick themselves if they never saw the famous Hagia Sophia basilica, or the Topkapi Palace, seat of the Ottoman Empire for almost 500 years. Other musts are the Blue Mosque, open sunrise to sunset with free admission, and the Grand Bazaar, where more than 4,000 shops sell ornate jewelry, dyed carpets, elfin slippers, and knockoff designer clothing. The newlyweds will stay near the enormous market at the Hotel Nena, with a buffet breakfast at its rooftop restaurant.

For a break from sightseeing, the city has hundreds of cafés where the couple can sip tea and people-watch. They want the Turkish bath experience, so we steered them to Çemberlitas Hamam to be scrubbed, massaged, and steamed on marble slabs.

Kristi and Dave were set on checking out the thermal springs of Pamukkale and Hierapolis, where bathers bob amid ancient columns. But instead of boarding a 15-hour train from Istanbul to Pamukkale, they'll fly in and pick up a rental car.

From Pamukkale, it's a four-hour drive to the pine-clad mountains and turquoise bays of Fethiye. "We absolutely love balconies," Kristi told us, so they should enjoy the Ece Saray Marina and Resort. All its rooms come with French doors that lead to a private balcony with a bay view. Using Ece Saray as a base, they can hit the beach (a quick cab ride away), visit Butterfly Valley (a lush gorge accessible via an informal water taxi from Belcekiz Beach, opposite the famous Blue Lagoon, for about $12), or drive 20 minutes to the deserted Greek town of Kayaköy to watch the sky turn pink at sunset. At Cin Bal, a butcher-shop-turned-restaurant in town, guests sit shoeless and grill their own kebabs while sheep graze in a nearby meadow. Meat is charged by weight and side dishes cost about $4 each.

Next it's on to a series of switchback roads with constant views of the sea. We pointed them to the village of Kalkan and the Patara Prince Hotel and Resort, where 60 rooms are arranged along white stone cliffs. Steep steps lead to sunbathing terraces, pools, and a private sandy cove.

Canyoning, diving, paragliding, and other adventures are within an hour's drive. (A day of kayaking seemed perfect for them; see "Surprise!") The newlyweds should also head 20 minutes into the mountains, to the trout farm of Mahmut'un Yeri. On a rooftop terrace that's surrounded by fragrant bougainvillea, patrons order trout, a salad, and a yogurt drink, all for $7 per person.

East of Kalkan is the ancient port city of Olympos, where legend has it the fire-breathing Chimera was slain. After a 20-minute hike up a rocky trail, visitors can see the "monster": methane gases seep out and combust from cracks in shale-like stone. The flames are more impressive after dark, so we suggested they head up around dusk with a flashlight for the descent.

Before hunkering down for the six-hour drive into Cappadocia, Kristi and Dave will check out another ancient city, Phaselis, which has been preserved in a national park. In the center is a street lined with crumbling marble colonnades; the park is bordered by three harbors that are great for swimming.

Exploring Cappadocia's eroded landscapes, hand-chiseled subterranean cities, early Christian chapels, and trademark rock formations (phallic "chimneys" hollowed out and big enough to hold hotels and cafés) is an ideal finale. "We're always looking for the 'hidden treasure'--type places to see," said Kristi. They're going to love the honeymoon suite at Gamirasu Cave Hotel. Except for the door and a tiny window, the room is entirely carved out of the volcanic hillside. The hotel sits in the little-known village of Ayvali, where Kristi and Dave will be treated to views of the eerily pockmarked valley below. If they're lucky, there'll be an evening of folk songs in the village's main cave.

Before flying home, Kristi and Dave will get one more only-in-Turkey experience: catching the whirling dervishes perform in the town of Avanos. After their whirlwind tour, Dave and Kristi are sure to know how the dervishes feel.

Thanks to Bougainville Travel in Kas (near Kalkan), Dave and Kristi will enjoy a free day of sea kayaking around Kekova, a partially submerged ancient city with crowned tombs sticking out of the water and 2,000-year-old buildings a few feet below the surface. Swimming and diving aren't allowed in the area, so kayak is the best way to go.

René Reed, here with husband Andy and daughter Jenna in front of Schloss Neuschwanstein, told us her family had a "fabulous time" touring Germany by car (Trip Coach, June). "In Beilstein all the tourists left just before dinner and we had the whole town to ourselves."