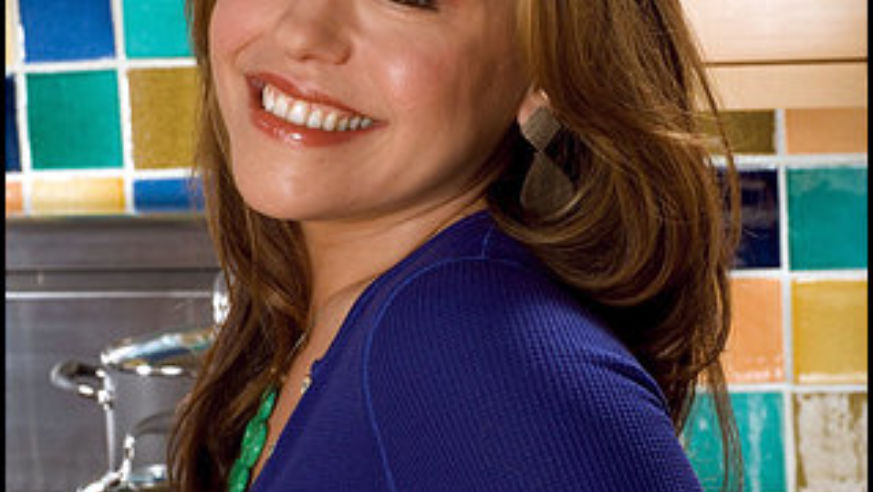 Turn on the Food Network and it's hard not to catch a glimpse of Rachael Ray. The bubbly waitress-turned-foodie hosts three shows: 30-Minute Meals, Inside Dish, and $40 A Day, where she travels the world eating breakfast, lunch, and dinner (plus a snack) for under $40. She's the author of eight best-selling cookbooks, the latest is Rachael Ray's 30-Minute Get Real Meals--and as if that weren't enough, this September she's launching a magazine, Every Day with Rachael Ray, and getting married in Italy.

The last thing I ate from a minibar?
Jumbo, gigantic cashews.

I won't leave home without....
This funny thing I got in Flight 001, called the In-Flight Food Survival Kit. It's got all of these little spice tins, plus individual packets of mustards, sauces, and condiments. It's got about 20 different spices and I use it on in-flight food and sandwiches. I love it. It's my favorite little thing.

The best trip I've ever taken? And why?
About ten years ago I traveled to Italy with my mom for her 60th birthday. It was the first time the two of us traveled together and she just couldn't stop talking. She told all of these stories about my grandfather who was Sicilian, we met our Italian cousins for the first time, and we really had to live on $40 a day. It was stressful, but we did it, and we had fun. We started in Rome and drove our way to Sicily, across the Straits of Messina on the ferry with our car, got lost out in the country a bunch of times--we had a blast.

My dream trip
I've already had them all. I love to travel so much that every trip I take becomes dreamy in one way or another. I guess I'm most looking forward to my honeymoon in Africa. It's the first time I'll ever have been there.

The movie or book that inspired me to pack my bags
When I was about five or six years old, my mother gave me a book called the Casual Observer. It was about this little girl who travels the world observing and meeting different people while asking them questions along the way. She was a little vagabond. One day when I went to school, my teachers asked me to draw a picture of what I wanted to be when I grew up so I drew a picture of this weird little girl with a bonnet on. My teacher said, "So what do you want to be?" And I said, "a casual observer!" I always thought that it was a real profession, but I think I became very much what I wanted to be.

My greatest travel pet peeve
The airlines have gotten increasingly cheap and it seems to me that the services onboard should be going up, not down. If they're all on the verge of bankruptcy, they should be working harder. You've got no pillows now, in coach they took away all the food, and you have to pay for even mediocre snacks. It just seems backwards. If I was a waitress and I tried to treat my customers that way I would've been fired by my own mother, who I worked for most of my life, a hundred times. I wish that we as travelers had more power over the airlines. It's very frustrating to have to be polite to people when they're giving you really bad service.

How I deal with jetlag
I'm not a good napper. No matter what I have to do or what level of caffeine I have to intake, I really like to stay awake when I get to wherever I'm going until at least early nightfall. If I have a nap, I'm done. I'm screwed up for days. I've got to go in, hit it hard, drink the caffeine, and try to assimilate as soon as possible. Plus I always try and do something--not too strenuous--but something that I'm looking forward to that I've never done before as soon as I arrive. I distract myself from thinking about being tired.

If I could travel with any living person....
My mom and my fiancé are both really fun. I prefer to travel with someone that I have a really long relationship with because they understand much more about what you get out of travel. It sounds ridiculous but my mom makes a great travel companion, and in fact we travel all the time.

If I could be anywhere right now....
That's easy for me. I've been away for seven weeks so I'm exactly where I want to be, home, in the middle of the Adirondacks. This is always my favorite place. I love to travel, but like Dorothy said, there's no place like home.