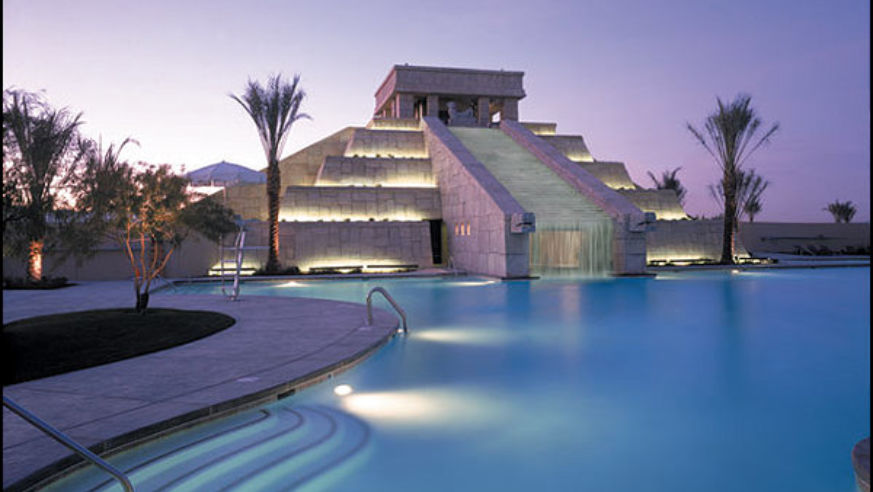 The Cancun Resort: "A great resort for the family!" says one reviewer, but another warns, "Beds were thin and you could feel the springs"

In February 2004, something funky happened on the Canadian version of Amazon.com. Because of a temporary glitch, you could see who had written which anonymous book review--and an amazing number were written by the authors themselves.

Everyone has an agenda, right?

It seems obvious, but we all forget it: Not all opinions are trustworthy. Rather than following advice blindly, you should always bear in mind where it came from, and how it was gathered. Some may argue that this article is self-serving, but we hate to see people get duped. What's especially galling is when authorities claim to be fair and balanced, and are anything but.

Writing travel guides seems like a dream gig. The truth is, writers are rarely paid enough to cover the expenses necessary to do the job properly, let alone earn them a decent wage. So, unlike the major travel magazines, the authors accept freebies--which skews what they write about, and how. Many cut corners on their research, glancing at menus and hotel websites rather than actually evaluating places. Some writers even crib directly from other guidebooks.

Furthermore, while most printed materials have a built-in lead time, books are worst of all. By the time a first edition actually sits in travelers' hands, the information is probably at least two years old. Subsequent editions tend only to be updated via phone and Internet, meaning the writer might not have even set foot in the destination in five or more years. What can you do? Always check for the copyright date (though guides are famous for hiding it, burying it at the back or after pages of glossy photos) to make sure the edition is recent. Cross-referencing between guidebooks, and supplementing with Internet sources, also helps.

TripAdvisor, IgoUgo, and other sites that provide platforms where millions of travelers post their opinions certainly have a democratic appeal. But do you really want the opinion of just anybody? There are probably people in your life whose recommendations you don't trust--like the neighbor who lives on fast food and vacations at the same beach town you avoid--so why plan a trip according to a message that was posted by cooldude23?

It's easier to take anonymous advice if there seems to be a consensus. But on a recent visit to IgoUgo, eight of what were rated the top 10 hotels in San Francisco were based on the reviews of one person each. The remaining two had two reviews apiece--hardly mass approval. Even when a hotel gets several postings, opinions tend to be all over the map. Las Vegas's Cancún Resort received the lowest possible rating from one reviewer ("beds were thin and you could feel the springs every time you turned over... bathrooms clogged up a couple of times"), a top score from another ("a great resort for a family!"), and several ratings in between. It's all very confusing, and turns the viewer into a psychologist, trying to figure out which message comes from a like-minded traveler. The best idea is to approach these sites like an ice-skating competition and throw out the high and low scores as aberrations. Then read the remarks carefully, looking for specific gripes and compliments about the details that matter to you.

Visitors centers can be wonderful sources of information, often doling out free maps and lodging assistance, but they're rarely completely objective. It's not that they lie outright--it's that they only present a select, enticing assortment of details. A brochure from the Cape Cod Chamber of Commerce boasts of "559.6 miles of unspoiled coastline" yet never mentions that you'll run across more no trespassing and private property signs than you will public beaches. And the fact that parking on the Cape often costs $15 a day for outsiders? If all you read was the brochure, that's something you'd only discover upon arrival.

Also, most CVB maps and information centers only list properties that are chamber members (meaning they pay dues), so you might not be getting the whole picture. Small establishments, in particular--cafés, B&Bs, galleries--don't often find it worthwhile to participate.

Sometimes, the maps and materials distributed at rest stops and hotels aren't even produced by the CVB. One of our editors, while in Spearfish, S.D., noticed that an interesting-looking restaurant--the Bay Leaf Café--wasn't mentioned in the brochure in his motel room. "The big hotel chains contract out to companies who make other brochures, and they try to get us to buy ads in them," says Taffy Tucker, one of the restaurant's co-owners, when we called for an explanation. "If they're $225 a pop, that's over $1,000. That just doesn't work for us." The editor, who considers himself fairly aware, hadn't even realized that the guide wasn't civic-sponsored. The bottom line: You're wise to ask for a local's unvarnished opinion, and to keep your eyes open.

Large companies such as American Express, Travelocity, Expedia, and Priceline employ staffers who present themselves as industry experts always available to the lazier members of the press. Expedia plays no role in house exchanges, but that didn't stop the Chicago Tribune from quoting Expedia spokesperson Cari Swartz on the topic. "Most people," she said, "prefer to stay in hotels." Expedia, of course, is in the business of selling hotel rooms.

Some even have journalistic-sounding titles, such as editor-at-large--but they're not bound by journalism's traditional code of ethics.

We just can't say it enough: Everyone in this industry has an agenda. And it's not always the same as yours.

A friend of mine recently stayed at a little hotel in Europe. He had a terrible time, so he posted a bad review on TripAdvisor once he got back. The hotel figured out who wrote it, and threatened to sue if he didn't take it down.

American reviewers on bulletin boards such as TripAdvisor and IgoUgo might be surprised to learn that the rest of the world doesn't protect free speech the way the U.S. does. "Libel law overseas usually lets Americans be sued for any statement that stings a foreign business or resident," says Kurt Wimmer, a media lawyer at Covington & Burling in Washington, D.C. "And countries are taking the view that their courts can hear any dispute about content that can be accessed over the Internet in their country."

As with so many things, you need to know your risks. Say you criticize a French hotel online, and the hotel sues you. "If you don't plan to make a habit of visiting France, you can ignore it," says Wimmer. "If a French court issues a default judgment, you can only be forced to pay if they 'execute' the judgment. And unless you live in the E.U., that's tough to do. If they were to try to execute the judgment in the U.S., they'd have to go to a U.S. court. Our courts have steadfastly refused to enforce foreign judgments that don't comply with our standards under the First Amendment." But what if you do plan on returning to France--or worse, own property there? "I'd be careful," he says. "You may not want to post quite so freely." But another thing to consider is that foreign lawyers don't usually take suits as easily as U.S. lawyers. "If a French hotel wants to sue you for libel, it'll need to pay a lawyer," says Wimmer. "France doesn't have contingency fees, where a lawyer will just take a case for free as long as he gets a cut of the winnings. Frankly, the hotel would know that its chances of collecting anything are slim, and be more likely to try to convince the site to just take a negative post down."

All we'll add is that don't assume you'll be able to persuade TripAdvisor to remove your own review. My friend had a devil of a time, pulling every string he could find before getting some help. --Erik Torkells