Highlights from the current issue of Budget Travel

Every Day Is a Winding Road
When it feels like every moment of your life is scheduled, maybe your vacation shouldn't be

The Spirit of St.Lucia
For three men raised on the Caribbean island of St. Lucia, growing up meant getting out. But each found his way home--and now runs a small hotel there. Whitney Pastorek finds out what drew them back

Road Trip: Florida Panhandle
The northwestern coast of Florida sprawls out in one sandy strip. There's plenty of room for everyone--spring breakers and gators included

How to Buy World Cup Tickets
The World Cup happens every four years, and the next one, in 2006, is expected to draw 5 million spectators to host country Germany

My Hometown: San Francisco
The city is a lovely place to spend a weekend--even for a native. My challenge has always been figuring out exactly where to leave my heart

Trip Coach: New York City
A secret dream getaway that's all about her--the husband is even happy to tag along while his wife goes shopping

20 Tips
A new use for postcards, why you should remove the left front hubcap of a rental car in England, and 18 other tips from our readers

True Stories
Win a trip to Costa Rica! If your response is the best we receive before Dec. 31, you'll win a  seven-night walking tour of Costa Rica from Cross Country International Walking Vacations.

Budget Travel Editors: Thanks for joining us for this week's Trip Coach. Let's get to your questions! _______________________ Harrisburg, Oregon: Going to Florence in February..with car to Cortona for 3 days..any surefire tips on &quot;driving in Italy&quot;..Tammy G, Harrisburg, OR Budget Travel Editors: There are several rules of thumb that apply to renting cars in Italy (and Europe in general). 1) You'll pay less if you rent before you go; try AutoEurope.com 2) If you're going for longer than two weeks, consider a short-term lease 3) Request a car that takes diesel, it's cheaper to fill up 4) Rent a manual, or &quot;stick,&quot; if you can 5) Take full advantage of having a car, meaning get off the main ateries and travel to places not otherwise accessible-small towns and villages. Michelin (michelin.com) sells the best, most detailed road maps of Italy. Note: Italians drive fast, so don't feel compelled to keep up. _______________________ Stillwater, MN: My husband and I are planning a 2 to 2 1/2 week trip to New Zealand in February/March 2006. We're considering participating in a 2 week trip called the Rimu offered by Active New Zealand ... we're in our mid 50's to early 60's, but quite active and when we travel we love to get off the beaten path and see the country. Should we get one of those camper vans and &quot;do the country&quot; ourselves? Any input, suggestions of what NOT to miss, alternatives, would be MUCH APPRECIATED. Budget Travel Editors: An ideal way to explore NZ is by camper van. While NZ is not an expensive country to visit (only to get to!), you can save a lot of money if your accommodations are taken care of. With only two weeks at your disposal however, I'd recommend sticking to one island. If you're looking for a more active experience and more dramatic scenery then I'd suggest the South Island for its mountains, glaciers, hiking paths, gorges, etc. Your very best trip-planning resource is the country's excellent official tourism website: newzealand.com. It includes driving routes. For example, here's a link to its Southern Scenic Route. There's even a pull-down menu to help you determine the weather and rainfall during the time you plan to visit. Keep in mind that they drive on the left hand side of the road in NZ, so you'll want to take it easy on the road. Go to airnz.com for flight and vacation package info. Go-Today.com has an 11-night South Island Fly-Drive package good for travel the end of February, late summer, for $1,439 per person. _______________________ Madison, IN: My husband and I (both age 29) are wanting to visit Acadia National Park in Maine along with our 12 year old girl. We would like to make this a road trip. We were wondering about the best places to stop along the way (definetely Niagra Falls) and still allow time to explore the park area adequately. We would like to spend some time in nature as well as some time spent in town. I can not find much literature an the National Park at all. What are the best sights to see? Sorry for rambling! Thank You. Budget Travel Editors: A road trip from IN to ME sound like fun. You will most definitely want to stop in Niagara Falls. Here's a link to a story from our October issue you may find helpful. From there, I'd recommend travel across and down NY State to the Berkshires (visiting Mass MOCA in North Adams, Tanglewood in Lenox, Norman Rockwell Museum along the way), and then hopping on the Mass Turnpike to 495, 495 to 95, and 95 to 295 up the coast of Maine. In our July/August issue we published a road trip story on seeing mid-Coast Maine. As for information about staying on Mt. Desert Island or visiting Acadia National Park, I'd recommend checking out these URLs: ; nps.gov/acad/; acadianationalpark.com. Warning: If you intend to camp, be sure to make reservations ahead of time, and also let people know where you are. The cell phone reception in the area is notoriously bad. _______________________ Rye Beach, NH: What are the weather conditions in southern Italy, Sicily and Malta in February? Budget Travel Editors: February is a dicey time to travel to Europe weather-wise, though the southern/Mediterranean areas you mentioned fare better than the chilly and rainy North. In cities like Palermo, Bari, and Naples, temperatures tend to be in the high 40s to low 50s. Malta's capital, Valletta, heats up a bit more and can reach the high 50s or low 60s. You won't need to pack a bathing suit, but you may not need a wool hat either--and at least it should be warmer than New Hampshire! You can read about exploring Italy's southern region of Apulia in our recent article, Once Upon a Time in Italy. _______________________ Phoenix, Arizona: We are trying to plan a trip to New York City for 4 nights starting December 7, 2005. We are finding it impossible to find hotel rooms for less than $400 per night. We are looking for 2 rooms for 2 adults each. The low cost hotel rooms sound like hotel hell after checking Tripadvisor.com. Budget Travel Editors: It's a tall order but certainly not impossible to find affordable hotel heaven in New York. (Tripadvisor.com's reviews should be taken with a grain of salt--after all, you can't be sure who posted them, if their tastes are similar to yours, what agendas they may have, or if they even stayed at the hotel at all!) Here are some of our favorites: Abingdon Guest House, two Federal townhouses in the West Village with doubles from $159 (abingdonguesthouse.com), the Gershwin Hotel (gershwinhotel.com/english/site1.html) in the Flatiron where superior rooms start at $129, Second Home on Second Avenue (secondhomesecondavenue.com), a 19th century townhouse in the East Village with doubles from $100, or the Upper West Side's English-inspired Country Inn the City (countryinnthecity.com), with apartment-style doubles from $150. For more tips on where to stay, eat, shop, and play, download our free New York City Snap Guide. _______________________ 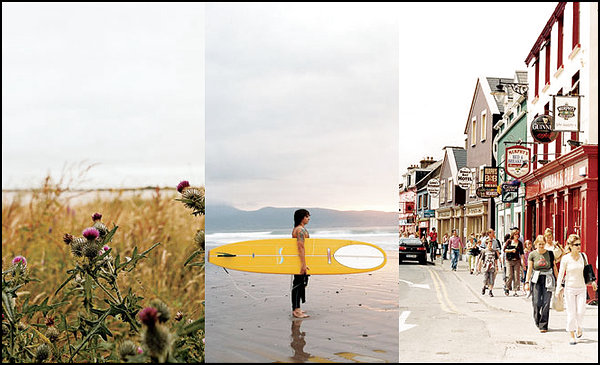 Every Day Is a Winding Road in Ireland 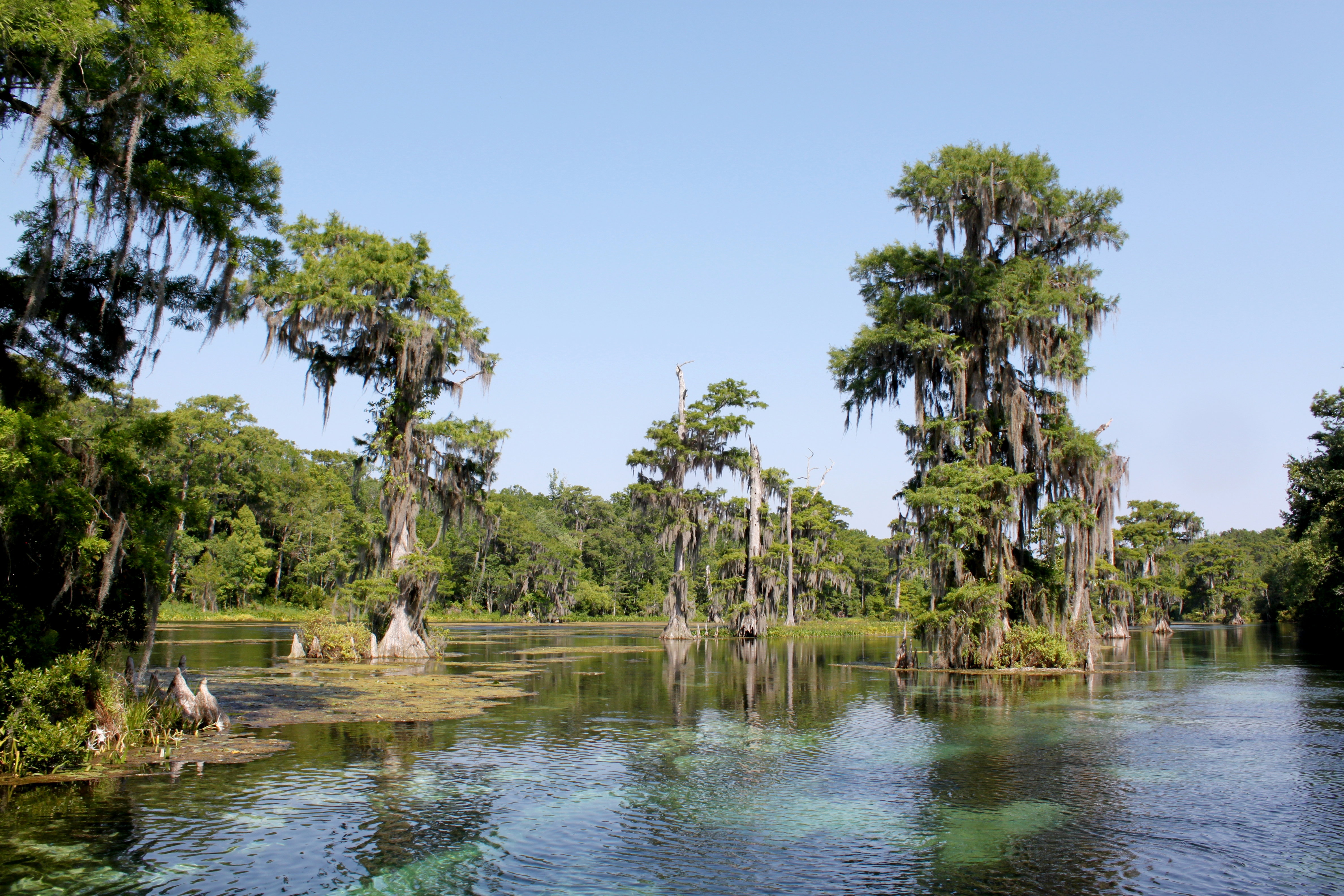