Highlights from the current issue of Budget Travel

Europe on the Quick
In winter, airfares to Europe, and Scandinavia in particular, drop dramatically. Then again, so does the temperature. Would you want to spend 10 days there? Probably not. But a long weekend can be absolutely refreshing

Shut Up and Ski
The latest ski resort trends--ritzy spas, slopeside boutiques--have nothing to do with why you head to the mountains in the first place. At our top 10 old-school ski resorts, lift tickets max out at $52

Trip Coach: Europe
Spurred on by a generous gift, a couple is heading on a delayed honeymoon to Spain, Portugal, and the Azores

Road Trip: Pacific Coast Highway
The coast between San Francisco and Los Angeles is all about slowing down and swooning

Where's the Tipping Point?
Who should you tip? How much is appropriate? How should a tip be offered? Situations that may call for gratuities always seem riddled with questions

If You Want That Pillow, You're Gonna Have to Pay
Facing steep fuel prices and tough competition, airlines aren't cutting costs so much as passing them on

Maui's Chic Boutiques
Before driving the twisty road to Hana, pit-stop in Paia for handmade fashions and crafts

Chilling Out in Quebec
In the past year, three Nordic-style spas have opened around Quebec City

Maximize Your Phone
Travelers have more reason than ever to bring along a cell phone, thanks to new text-messaging tricks

This Just In!
The Getty Villa reopens, Days Inn slashes rates in Britain and Ireland, and Wild Things go on exhibit in Tampa

20 Tips
A golf-ball foot massage, why you should hang on to cancellation confirmations, and 18 other tips from our readers

What $100 Buys in Ljubljana
Sleek boutiques and cobblestoned streets: Welcome to the new old Europe, where shoppers get the best of both worlds

You can find more in the February 2006 issue of Budget Travel magazine. Subscribe now: 10 issues for $12! 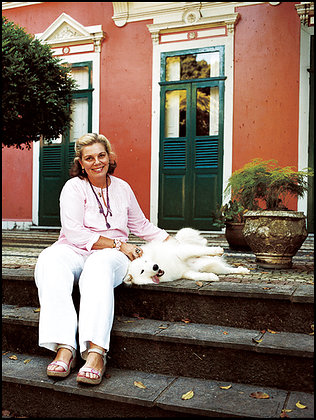 With a creak and a groan, the faded yellow tram lurches to life. As it has several times each day for the last 110 years, the Bonde leaves downtown Rio de Janeiro's Esta&#231;&#227;o de Bondes Carioca station and begins the long, slow climb up the city's famed hills. It passes tall palm trees; groups of kids waving from the nearby favelas, the shantytowns built on the hills; walls speckled with graffiti; and the occasional shirtless man holding a cat as he gazes blankly out a window. About 10 minutes later, the tram grinds to a halt in Santa Teresa, Rio's bohemian quarter. Everyone knows about the city's gorgeous beaches, its hedonistic Carnaval, the majestic Christ statue known as the Corcovado. But Santa Teresa offers a different experience of Rio: an authentic neighborhood where peasant skirts trump thongs. At once charming and edgy, packed with art studios and gracious colonial houses, Santa Teresa stands in stark contrast to the glitzy scenes of Copacabana and Ipanema. &quot;This is a village, a small city in a big one,&quot; says Lucia Miranda, a 20-year Santa Teresa resident and a salesperson at La Vereda, a handicrafts store. &quot;I love it here.&quot; About a century ago, Santa Teresa was one of the most prestigious addresses a Carioca--the informal name for a Rio local--could have. Close to downtown but blessed with a cooler, less humid climate due to its hilly location, the district became home to many of the city's elite residents who built colonial and neoclassical mansions there. Over time, however, Santa Teresa's charm faded. A devastating flood in 1966 led many inhabitants to leave. In the 1980s, huge influxes of relocated northern Brazilians created favelas in the adjoining hills, and some of their violence spilled over. (It's still wise to be extra cautious in Santa Teresa, particularly at night and while on public transportation.) But in the 1990s, the beautiful buildings--and cheap prices--sparked the current gentrification. Today, many of those newly renovated mansions are taking guests, thanks to a B&B network called Cama e Caf&#233; (&quot;Bed and Coffee&quot;). The three-year-old organization--the only one of its kind in Brazil--works with locals to make 50 to 80 houses available for overnight stays. &quot;We really wanted to show the day-to-day lifestyle of a Brazilian family,&quot; says Carlos Magno Cerqueira, one of Cama e Caf&#233;'s three founders, who are all natives of Santa Teresa. Each guesthouse owner must complete a special training course with the program to learn the fine points of becoming a host. And using an online questionnaire, organizers narrow down the options, selecting three homes best suited to each potential visitor. &quot;There's a nice relationship between the hosts and the guests,&quot; Cerqueira says. &quot;If they're going to a party, they often take the guests along as a friend.&quot; One of the most spectacular B&Bs is a 1932 white art deco house owned by Guido Sant'Anna. Sant'Anna moved to Santa Teresa from a ritzier part of Rio three years ago, drawn by the memory of visiting his grandfather, who used to live in the area. He now rents out three rooms, each for $72 a night, the best of which has romantic blue walls and a terrace overlooking the city. Sant'Anna is also an accomplished baker; his signature creation is the Torta Crocante, a rich chocolate confection with a gooey interior and a crunchy top. Each morning, fresh breads and sponge cake are laid out for breakfast. Several other grand houses are open to visitors, though not overnight. The former home of a socialite at the Parque das Ru&#237;nas is used for open-air shows and other cultural events. Next door, another mansion has been transformed into the Museu da Ch&#225;cara do C&#233;u, a modern and contemporary art gallery with works by Picasso and Dal&#237;. Many original objects and furnishings are on display, including a table setting in the opulent dining room. Cama e Caf&#233; guests receive a card that entitles them to a free drink or appetizer at many area restaurants and discounts at local shops. La Vereda features crafts from Minas Gerais, the Brazilian state north of Rio. Trilhos Urbanos, a music and handicrafts store, specializes in works by Santa Teresa artists. Out back, there's a postage-stamp-size terrace where you can taste a variety of cacha&#231;as, the sugarcane liquor used in caipirinhas. &quot;I came here for a love affair and never left,&quot; exhales Patricia Ford, a silver-haired Canadian, through a cloud of cigarette smoke at the Bar do Gomes, where the crowd spills out into the street. But while the affair ended, Ford's connection to her adopted village didn't. And one of her favorite things about Santa Teresa is the strong community she's found: &quot;Everyone still knows everyone.&quot; &quot;The people that live here think differently,&quot; says Ana Maria Clark, a psychologist and 17-year Santa Teresa resident, who rents out one room (for $72) in her bright peach 1908 colonial house. &quot;They are more calm, more sensitive, more artistic.&quot; And that is perhaps most apparent at Santa Teresa's annual three-day Open Door Arts Festival, which celebrates its 10th anniversary at the end of July. About 75 artists open their studios to visitors, caf&#233;s sponsor poetry readings, and musicians jam on various street corners. Last year, some 30,000 people turned out, and this year, chances are the crowd will be even larger. Transportation Bonde Esta&#231;&#227;o de Bondes, 011-55/21-2240-5709, 27&cent; Lodging Cama e Caf&#233; Rua Progresso 67, 011-55/21-2224-5689, camaecafe.com.br, from $32 Activities Parque das Ru&#237;nas Rua Murtinho Nobre 169, 011-55/21-2252-1039, free Museu da Ch&#225;cara do C&#233;u Rua Murtinho Nobre 93, 011-55/21-2224-8981, $2 Open Door Arts Festival chavemestra.com.br Shopping La Vereda Rua Almirante Alexandrino 428, 011-55/21-2507-0317 Trilhos Urbanos Rua Almirante Alexandrino 402a, 011-55/21-2242-3632 Nightlife Bar do Gomes Rua &#193;urea 26, 011-55/21-2232-0822, caipirinha $3

Not Just for Science Geeks

The Atomium, informally known as the Eiffel Tower of Brussels, reopens on February 18 after an 18-month, $32 million renovation. The eye-catching structure is shaped like a crystal molecule of iron, magnified 165 billion times. Its nine large "atoms"--each about 60 feet in diameter--are connected by tubes that enclose stairs and escalators. Designed for the 1958 World's Fair by André Waterkeyn, the Atomium was meant to be temporary, but it became so popular with Belgians that they successfully fought off its demolition. Six of the nine spheres contain displays and event spaces: One has temporary exhibits of contemporary artists; another showcases memorabilia from the time of the World's Fair, as well as documents describing the history of the Atomium itself; and two other spheres serve as rentable party space and a children's playroom for school sleepovers. The top sphere, connected by an elevator, will have a casual restaurant called Atomiam, opening in April. Still, the landmark is less a museum than a monument, and the true excitement comes from wandering around. "It's like being in a body," says director Diane Hennebert. "Funny and strange and kind of sweet." The Atomium is about 10 minutes from the city center by metro. 011-32/2-475-47-77, atomium.be, $8, $11 after May 1, kids under 12 get in free. 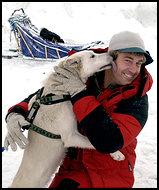 Travel around the world with &quot;Exploration With Richard Wiese&quot;, a 30-minute television series airing on weekends. And, during the show, catch The Budget Travel Minute for travel tips, info, and strategies from your favorite magazine (that's us!) . About Richard Wiese In early 2002, Richard C. Wiese became the youngest president in The Explorers Club's hundred-year history. During his presidency he has worked in the Yucatan jungle of Mexico putting satellite collars on jaguars; climbed and sampled the most geologically unique volcano in the world, Tanzania's Oldoinyo Lengai (which means &quot;mountain of god&quot; in the language of the local Maasai tribe); and participated in two expeditions to Antarctica to core glaciers for the purpose of climatological studies.

Trips to nurture your mind, body, and spirit--whether you're looking to keep a New Year's resolution or recover from too much holiday cheer. Temple Stays in Korea Cycling Tours Four Spas Where You Can Milk Your ManicureHow to Give Back to the Land 25 Chick Trips Walk the Appalachian Trail Immerse Yourself in India 12 Cutting-Cdge, Must-Visit Buildings Volunteer Programs Stay at an Ecolodge