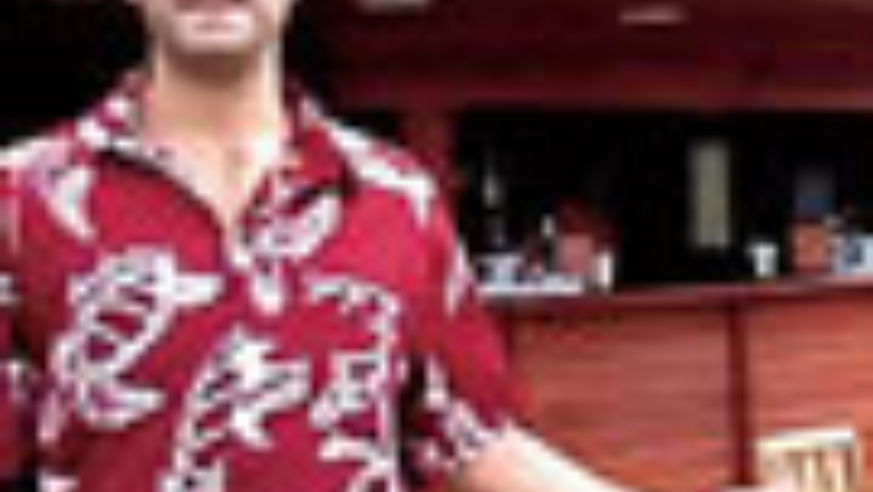 Having completed its maiden voyage along the French and Italian Riviera last summer, EasyCruiseOne--the orange ship owned by EasyEntrepreneur Stelios Haji-Ioannou--is now sailing among the Caribbean islands of Barbados, St. Vincent, Martinique, Bequia, Grenada, and St. Lucia. Cabins start at $16 a night, and while a typical cruise lasts one week, passengers can book anywhere from 2 to 14 nights (easycruise.com).

EasyCruise docks by day and sails by night. The ship is supposed to stay in port until midnight. But sometimes it leaves earlier, due to weather; a sign next to the security officer on the boarding deck has the day's return time. There's a half-hour window before the boat pushes off.

Ask for deck five or six

You choose the class of cabin when you book--there are four--but specific cabins aren't assigned until check-in (it's first come, first served). Decks five and six are tops, mostly because they're farthest from deck three--where people gather late at night at the reception desk in the lobby.

Don't forget to bring . . . everything

The only products you can count on are liquid soap, sheets, and towels. Here's what there isn't: an alarm clock; Internet access; magazines, books, or newspapers; a radio; or a single phone. Not all cell phones work at sea, either, so it's wise to consider a GSM model.

The $16 fare is for double occupancy in a standard cabin: a closet-size room with a shower, toilet, sink, and two single mattresses on the floor. "If you're cruising alone, stack one mattress on top of the other," suggests Sarah Freethy, a TV producer who spent last summer filming the ship's Mediterranean cruise and is now onboard shooting for the Travel Channel. "You'll double the floor space, plus the bottom mattress becomes a box spring."

Get to the hot tub early

Upon returning each evening, everyone makes a beeline for the Jacuzzi. Problem is, it only seats six. "Board the ship an hour before everyone is supposed to be back," says cruise director Neil Kelly. "You'll get a nice, long soak before the party gets started."

All passengers are told to declare liquor upon boarding. In theory, a security officer takes your booze and returns it when you leave. But they rarely check. So he may not find that 25-ounce bottle of Eclipse rum you bought for $6 at the Mount Gay factory in Barbados (246/425-8757).

Create your own excursions

All cruise lines, including EasyCruise, charge a lot for excursions anyone can book onshore for less. Consider the ship's Friday Party Night event in Anse La Raye, St. Lucia. The fishing village on the island's west coast hosts a street party, with reggae, lobster, and rum galore. EasyCruise charges $43 to bring passengers there; alternatively, you can take the 3C bus to town for only $2, and eat and drink well for under $10.

Joyce Bentzmen, a marketer from Washington, D.C., read up on which public buses to take on each island instead of taxis. In Martinique, for example, she saved $38. "EasyCruise provides an empty framework," she says. "You have to fill it in yourself."