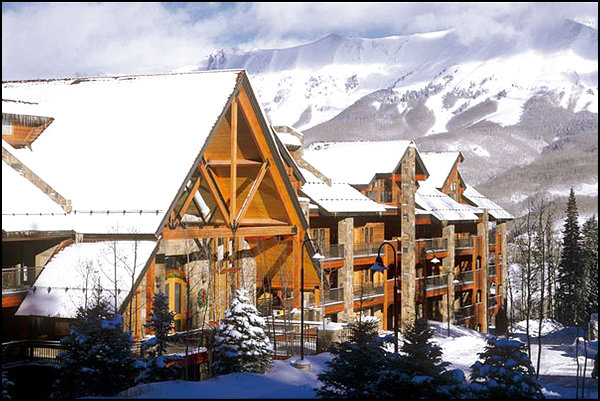 Rather than let units go unfilled in their prime season, ski-condo owners post discounted prices online to entice spontaneous folks (and procrastinators) to book at the last minute. Prices dip lower as the deadline approaches. "I tell my friends to search about a week in advance," says Tony Lopes, manager of Ownerdirect.com, which lists condo rentals all over the world, including at many ski resorts.

Ownerdirect.com is heavy on British Columbia properties (600 units at the Whistler and Big White resorts alone), and has a good selection for the rest of Canada and the U.S. In one of its Rock Bottom Specials, which are discounted by at least 40 percent, a two-bedroom unit in Park City, Utah, dropped from $120 to $60 a night. Resortquest.com represents 17,000 condos and house rentals in North America--and you can search the site by activity (skiing, golf, etc.). Under its Hot Deals & Special Offers tab are last-minute incentives such as 20 percent off, free gas cards, or a free fourth night.

At 11thhour.com, a clearinghouse for all-inclusive packages, cruises, and vacation rentals, a condo that's usually $699 per week can cost $499. Or go to a site that's strictly for skiers: Lastminuteskicondo.com. It lists offers from condo owners at 15 Colorado resorts and a handful of mountains in Montana, Utah, and the eastern U.S.

Some sites focus on specific ski towns. Aspensnowmassonsale.com lists down-to-the-wire offers--seven days ahead at the most, sometimes for 50 percent off--on condos, hotel rooms, and house rentals in the Aspen-Snowmass area. Vailonsale.com works exactly like the Aspen site, but with deals in Vail, Colo. Visitbreck.com, for skiers heading to Breckenridge, Colo., has a Hot Deals section, which commonly features 10 percent discounts and third- or fourth-night-free offers, as well as an option for bidding at the last minute. You bid for available units during the two-week window prior to arrival; if your price is accepted, you have 24 hours before you must commit.

But read the fine print before agreeing to any offer: A cleaning fee might be added later, and "slopeside" can be a relative term. Also, the trade-off for getting a deal is that cancellations and changes usually aren't allowed.

1. Pack a few paper place mats. They can be useful anywhere there's an outdoor shower. By stepping onto a place mat after a bush shower in Botswana, I managed to keep my feet clean and avoided getting dirt in my clothes. Sandy S. Hogan, Las Vegas, Nev. 2. Don't assume a single room costs less than a double one. If you're traveling solo, compare prices. I recently booked a hotel in Spain online and noticed that rates were the same whether I booked a single or a double, but the single was much smaller and its bathroom had only a small shower stall and no tub. Don Carne, Lansing, Mich. 3. Postcards are helpful when there's a language barrier. Finding anything in Tokyo is difficult when you don't speak Japanese, so here's what I suggest: Buy postcards of the places you want to see; an English description of the landmark is usually found on the back. Show the postcard to a taxi driver and he'll take you to the spot. Jim Dinsmore, Northridge, Calif. 4. Carry the exact change for public transportation. In Venice, we were annoyed when a vaporetto (water taxi) ticket-taker refused to give us our 3 euros change. Later, we discovered that if you don't have the exact fare, ticket agents make no promises about giving change. Dana Hunting, Seattle, Wash. 5. If you're renting a car in England, remove the left front hubcap. The last time we were in England, I met another American at the car rental agency. He had just returned his rental and was annoyed he had to pay for a missing hubcap. He said that between negotiating the narrow roads, having the steering wheel on the right side of the car, and driving on the left side of the road, he couldn't judge exactly where the left front wheel was. As a result, he repeatedly hit the curb and eventually knocked off a hubcap. Later that trip, while visiting Hadrian's Wall, I noticed many cars in the parking lot were missing hubcaps. Sure enough, most of the drivers were Americans! I'm glad I had taken my new friend's advice and put mine in the trunk. Bernard Hershkowitz, Commack, N.Y. You can find more tips in the December 2005/January 2006 issue of Budget Travel magazine. 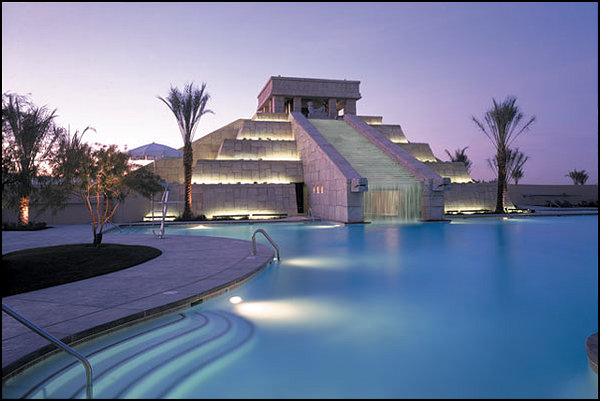 When Everybody's an Expert, Who Can You Trust? 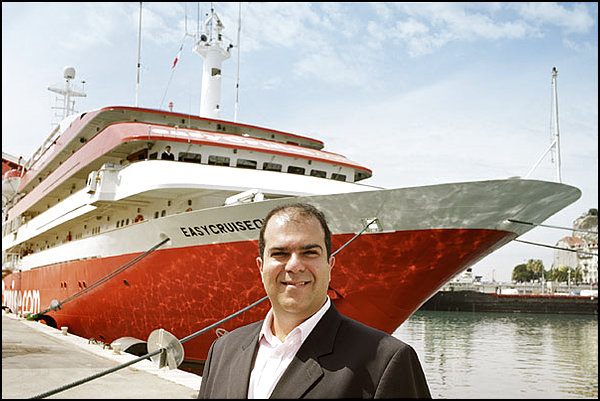 There's no stopping Stelios. A serial entrepreneur who prefers to go by his first name only, the 38-year-old from Greece has launched over 16 ventures, most of which fall under his easyGroup brand umbrella. Stelios is best known for easyJet, Europe's largest low-cost airline, which he founded at age 28. Just this year he debuted two more travel companies: easyHotels (currently in London and Basel, Switzerland only), and easyCruise, which set sail in the Mediterranean in May and is slated to cruise the clear waters of the Caribbean in mid-November. His introductory cruise rates--an astoundingly low $16/day--made budget travel history. Window or aisle? Always aisle, so I can stretch my legs and go to the loo without disturbing other passengers. Also, it has more elbow room which I value more than legroom on a flight. What was the last thing you ate from a minibar? A bar of chocolate--unfortunately. I won't leave home without....? My Blackberry and my easyMoney.com credit card The best trip I've ever taken? And why? Difficult to select one--I have been taking 2-3 flights a week for the last ten years--they all merge into one another! My dream trip? It is probably one that I will probably never do, but I'd love to tour Latin America by road. The movie or book that inspired me to pack my bags? I have not done the trip yet, but the movie "The Motorcycle Diaries", which chronicles the tour of Latin America on a motorbike by Che Guevara and his friend the doctor, is still on my mind...perhaps one day when I stop creating new businesses all the time I will take the time to do a long trip like that My greatest travel pet peeve? Paying for things that I don't really need nor use most of the time: the free meals on planes, the chocolate on the pillow of the hotel, etc. How I deal with jetlag? Make sure you get some sleep on the flight and stay up when you get there to adjust to local time zone as soon as possible If I could travel with any living person... A bunch of my good friends--not a celebrity I'll never go back to _____ And why? Loads of boring places but I would go back even there for work... If I could be anywhere right now.... I have the luxury to be where I want to be at any given time (more or less). So, at the moment, I am in my London office working, but tomorrow night I will be on my cruise ship on the Italian Riviera. I like variety.

Confessions Of... A Vegas Massage Therapist

Our anonymous confessor has been a massage therapist for six years, including the past three at a spa inside a premier hotel in Las Vegas. A spa is not a "massage parlor" The most common question massage therapists get asked is whether we are propositioned. Being a professional, I usually give a vague answer and move on. The truth is, it happens all the time. Las Vegas is a place where people feel they can disregard boundaries, but if you get a massage in a spa at a major hotel, rest assured your therapist is not a prostitute. The insinuation is a huge insult. That hasn't stopped people from making offers ("I'll give you $100 to finish me off"), exposing or even touching themselves, or grabbing me. If you do anything along these lines, realize that everyone on the hotel staff will know about it before you've left the spa, that your massage will come to an abrupt, unhappy ending--and yes, you will pay for the full hour! GET EXPERT TRAVEL TIPS AND DEALS WITH OUR FREE E-NEWSLETTERS! Hygiene, hygiene, hygiene We are happy to massage you after you've spent two hours in the gym...once you've showered. If you have something contagious, such as athlete's foot, disclose it up front. Likewise, it is never OK to come in for a massage in the throes of the flu. Your body aches and a massage sounds heavenly, but it's wrong to expose your therapist and other guests to a disease. We are paid a commission for each massage, and when we're sick, we have no income. And FYI: Your flu symptoms will feel much worse in the hours following a massage. Common courtesy You're sharing the facilities with others, so shut off your cell phone. And due to the revolting behavior we sometimes witness, it needs to be said: Don't be disgusting. I'll skip the graphic details, but suffice it to say guests have done things in the showers and the whirlpool that are so unsanitary it's necessary to shut them down. A classy spa doesn't guarantee classy clients. Tips are not comped Hotels offer high rollers complimentary gifts, or comps, in the form of casino credits, rides in hotel limos, meals, and spa treatments. The comp covers the service, not gratuities. Tips are a big part of our income, and it baffles us when comped guests fail to tip. What's $25 when you've just had a $120 massage at no cost? (The standard tip is around 20 percent, preferably in cash or casino chips, and you can put it in an envelope at check-out or hand it directly to us, whichever you prefer. Tipping with a credit card is typically fine, but some spas add tips to our paychecks and deduct taxes.) Beware that some spas automatically add a gratuity to non-comped guest bills. The spa should disclose this when your appointment is booked and again upon check-in. However, if you really appreciate the work (say, the migraine that's been plaguing you disappears) give a little extra. Only part of the automatic gratuity makes it into my hands; the rest is spread among changing room attendants and the concierge. When we say deep... Many guests, men in particular, don't think a woman can give a good deep-tissue massage. They'll even cause a stink when there's no male therapist available. Big mistake. That female therapist will likely go to the extreme and give you a painfully deep massage. (We know what hurts.) The guest usually whines that the pressure is too much-or is too macho to admit it, and spends what should be a blissful hour in wretched discomfort. For that matter, guests who try to direct their therapist's every move will likely end up disappointed. Have faith that your therapist is qualified to know what needs work and what doesn't.