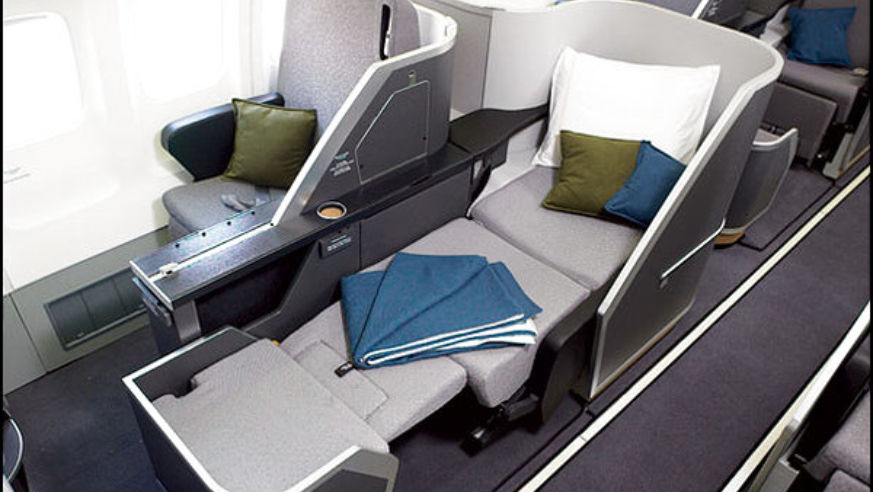 Don't mind the coach passengers behind you: Flying business and first class has never been within the grasp of so many travelers. It's time to live it up!

Last fall, two new airlines began flying New York-London routes, with not a coach seat between them. In planes that normally accommodate 200, MAXjet and Eos placed 102 and 48 seats respectively. All passengers fly in business class, with no middle seats and more space than coach, including nearly double the legroom. On Eos, seats even recline into totally flat beds.

To make a splash, they undercut the competition. MAXjet's one-way fare currently starts at $679, about the same as what British Airways, United, and American charge for a walk-up coach fare. In January, MAXjet even ran a $999 sale for round trips. On Eos, where seats are two inches wider than MAXjet's, flights normally cost $3,250 each way--still more than $1,000 less than the average New York-London business-class seat.

Eos and MAXjet's routes are limited. They fly between JFK and London Stansted, which both happen to be hubs for popular low-fare carriers--JetBlue at JFK, EasyJet and Ryanair at Stansted. Both carriers plan on expanding; MAXjet begins flights to Stansted from Washington-Dulles this month.

The upscale upstarts represent only one way for folks to fly in business- or first-class without paying full price. Starting at $25 a month--or $197 a year--First Class Flyer sends subscribers a monthly e-mail newsletter of upgrade strategies and deals on upper-class tickets that airlines don't publicize (888/980-9922, firstclassflyer.com). Last December's issue highlighted a business-class special on Iberia: $2,200 for round trips to Madrid from Chicago, Miami, or New York--about half what you'd tend to pay to make the trip from Chicago.

There are also agencies that have contracts with dozens of airlines (particularly foreign carriers) and specialize in discounting upper-class seats. By booking through AccessFares (888/318-4287, accessfares.com) or 1st-Air.Net (585/383-4470, 1st-air.net), you'll save at least 20 percent, and sometimes as much as 50 percent. Recent searches at 1st-Air.Net turned up a business-class round trip from Boston to Tokyo on Korean Air for $5,370 (the published fare was $7,850); as well as Los Angeles-Tahiti round trips on Air Tahiti Nui for $2,890 in business class and $5,195 in first class (published fares: $3,595 and $8,095 respectively).

Discounted or not, a first- or business-class seat still costs a big chunk of cash. To be sure you're getting the most for your money, request quotes from travel agents and tour operators that specialize in your destination. NTA America, for example, has access to discounted business-class fares to Japan (800/682-7872, japanvacation.net). Finally, don't overlook the tried-and-true method of using frequent-flier miles for free upgrades. Many airlines will bump you up in exchange for as little as 15,000 miles. Subscribe to your carrier's e-mail list to receive notices about specials.