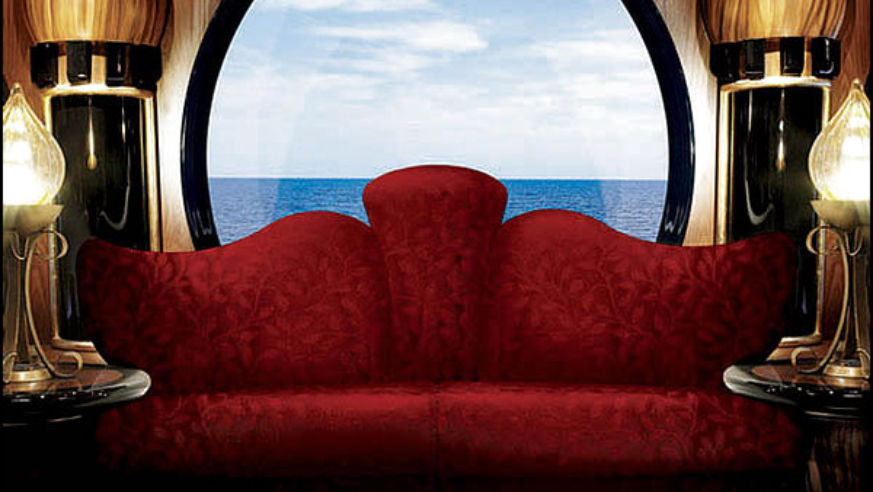 A new fleet of cruise ships hits the water this year, the likes of which have never been seen. When Royal Caribbean's Freedom of the Seas launches in June, it will surpass the Queen Mary 2 as the world's largest passenger ship. A month later, the Costa Concordia will jump to the top of the list in terms of capacity, with 3,780 passengers. But it's not just the size that's impressive. The new boats are loaded to the gills with diversions: Freedom of the Seas has an ice rink, a wave pool, and a regulation-size boxing ring.

Itineraries: 7-, 9-, or 11-night cruises out of Rome with stops in Istanbul, Venice, Barcelona, Alexandria, and Santorini Cool

Features: Samsara, a two-level, 20,000-square-foot spa--the largest at sea--with a thalassotherapy pool, in which seawater is used for body wraps. Less relaxing, but more fun: the Formula 1 racing simulator (price to be determined)

Something Special: Retractable roofs over the pools on the top deck for when the weather turns chilly

Splurge: As on most ships, the best restaurants aren't included in the cabin price. Options include Ristorante Samsara, for lighter fare near the spa (from $23), and fine Italian dining at Club Concordia ($29)

ROYAL CARIBBEAN: FREEDOM OF THE SEAS

Itineraries: Seven-night round trips from Miami, with stops in Cozumel, Grand Cayman, Jamaica, and a private beach in Haiti

Cool Features: FlowRider, a 40-foot-long wave pool for surfing and body-boarding. The ship also has the largest rock-climbing wall afloat, a boxing ring, an ice rink, and the H2O Zone, a huge water park where passengers can douse each other with water cannons

Something Special: Solarium, an adults-only area with whirlpools cantilevered off the top deck for sweeping views of the sea

Itineraries: 10- or 11-night round-trip cruises from New York City to Turks and Caicos, St. Thomas, and Barbados from fall through spring, as well as 10-night summer cruises out of Rome to Dubrovnik, Santorini, Monaco, and Barcelona

Something Special: The Loft, a teenagers-only lounge with karaoke, music videos on big-screen TVs, and Internet access

Splurge: The Pinnacle Bar sells 60 different wines from around the world, priced from $4.25 to $9.50 a glass

Cool Features: International Café, a 24-hour restaurant where the menu changes its theme every few hours: French, Spanish, and so on

Something Special: The cruise line's popular Movies Under the Stars program, showing first-run features every night on a 300-square-foot LED screen on the pool deck

Splurge: Ultimate Balcony Dinner, a candlelit, five-course meal, including champagne and a choice of lobster, beef tenderloin, or surf and turf as entrées, served on your cabin balcony ($100 per couple)

Itineraries: Weeklong Hawaiian cruises from Honolulu, stopping at Maui, the Big Island, and Kauai Cool Features: Freestyle Dining, with a choice of 10 restaurants, and a recently introduced system of plasma screens throughout the ship that list how long the wait is at each restaurant

Something Special: The ship is unusual in that it's registered in the U.S. and therefore doesn't have to touch international waters between port stops. As a result, passengers spend less time out at sea and have more opportunities to explore the islands

Splurge: A traditional Hawaiian lomi lomi massage, which was once reserved only for island royalty, at the Mandara Spa ($99 for 50 minutes)