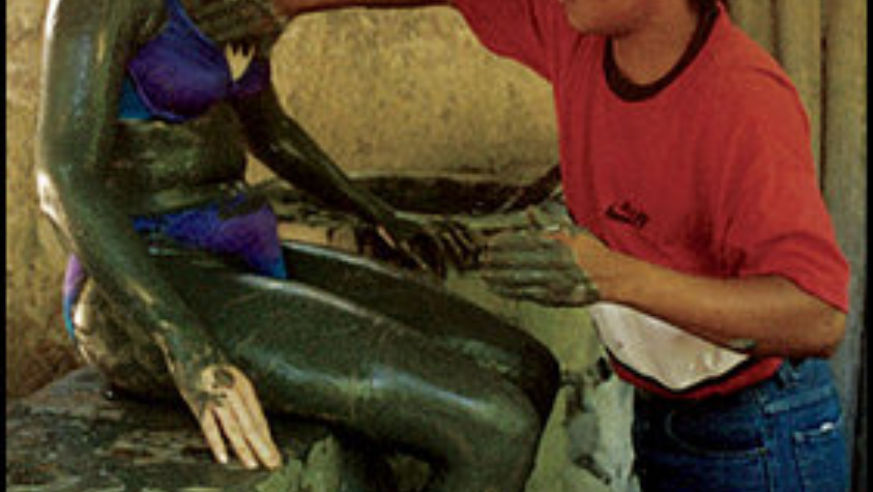 This month's winner is Pam Anderson, of Sussex, Wis.

New Prize: $2,000 gift certificate to New England inns!
If your True Stories submission is the best one we receive before June 30, 2006, you'll win a $2,000 gift certificate good at more than 300 inns, resorts, and B&Bs throughout New England, courtesy of the New England Inns & Resorts Association. The gift certificate can be used at any member property, including for services charged to the room (such as meals and spa treatments). The prize is valid from September 1, 2006, to August 31, 2007. Subject to availability; nontransferable; nonnegotiable. No blackout dates apply. For more information on the New England Inns & Resorts Association: 603/964-6689, newenglandinnsandresorts.com.

While in Guanacaste, Costa Rica, my husband, Scott, and I arranged a day trip to Tabacón Hot Springs. After a quick hike, we hurried back for our mineral mud bath. The other guests were already coated in mud and baking in the sun. When we entered the adobe hut for our turn, two Costa Rican men motioned Scott to leave while they studiously painted me from head to toe. Leaving no skin uncovered, they followed very close around my bikini. When I emerged, the other people in our group asked how I got my mud on so perfectly--theirs was streaky and uneven. I said that was how the two Costa Rican men applied it. "What Costa Rican men?" they said. "We were all told to put it on ourselves!" Scott and I never did see those two men again.

First You Accept Candy From Strangers, And Now This
A friendly gentleman approached me while I was touring Paracas, Peru, with my mother. He was selling candy on the beach, and as I was making my selections, he invited me to his home to meet the family pet--a penguin. A little hesitant, but naturally curious, I followed him down the street, around the corner, and through several alleys. Upon entering his home I was warmly greeted by each member of the family and introduced to their pride and joy, a pet penguin! Christy Bowie, Jacksonville, Fla.

She's Never Seen His Jump Shot
My coworker Craig, who is 6' 11'', got lots of attention while we were traveling through China. He actually appeared to believe he was some sort of royalty. We were having fun with his newfound celebrity status, allowing the locals to join us in pictures, until we ran into a middle-aged woman who was clearly not impressed. In broken English, she asked Craig who he was and what he did for a living. He claimed to be a famous basketball player. She shook her head and waved him away, clearly disgusted. He asked why she didn't believe him. "You no basketball playah," she said. "You fat like Buddha." Susan Waters, Milan, Mich.

Don't Go Chasing Skirts If You Can't Handle The Consequences
Studying abroad in London, a few girlfriends and I came across a group of big, burly rugby players in a pub. They were all wearing kilts and partying quite wildly. My friend bet me that they didn't wear underwear--then she went right over and asked them. The entire team flashed us simultaneously. We definitely got our answer. Laurie Johns, Reno, Nev.

There's A Rugby Player In London Who Could Use Them
On our last day in Vienna, before going to Rome, my husband, daughter, and I were almost out of clean clothes. We had just enough time to run into a Laundromat, where a nice elderly man helped us figure out the machines. Against our protests, he even took his laundry out of the dryer early, so we wouldn't have to wait. We tossed our clean laundry into a suitcase, told the good man we wouldn't forget his kindness, and dashed for the train station. Once we'd settled into our compartment, we started sorting our clean clothes and realized we had something else to remember him by: a pair of his underpants. Maria Goodavage, San Francisco, Calif.

You can find more True Stories in the May 2006 issue of Budget Travel magazine.