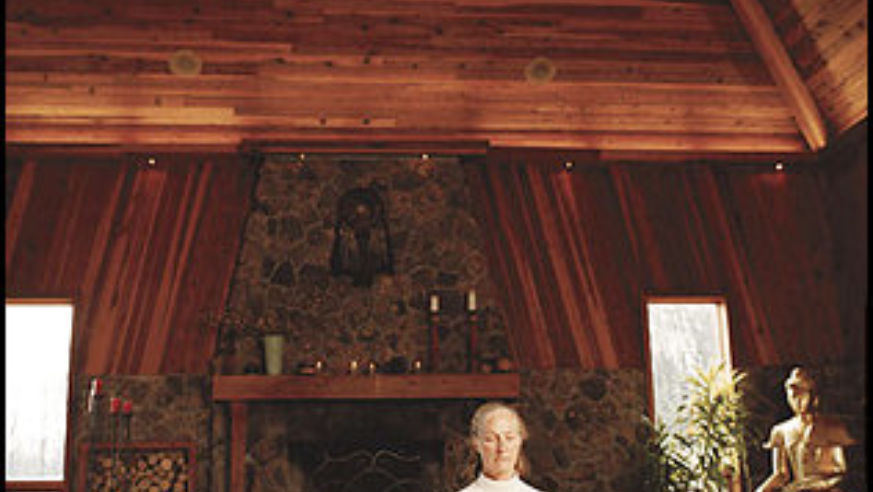 Sometimes Calgon just isn't enough to take you away

Sanivan Holistic Spa
Sanivan is like a B&B for the soul. In a Catskills town two hours northwest of Manhattan, the spa is owned by Ivan Rivas and Saniye Gungor--a masseur and a shiatsu therapist/shaman, respectively. The husband-and-wife duo offers a smorgasbord of indulgences: personally tailored herbal facials (60 minutes, $80), aromatherapy shiatsu massages (90 minutes, $90), and even 100-percent oxygen treatments for improving blood flow and strengthening the immune system (120 minutes, $225).

With only three bedrooms, the spa promises individualized attention, something Lynne Nordone from Long Island found most rewarding. "You revitalize from the inside out and always learn something you can take home," says Nordone, who eagerly devoured Gungor's "delicious raw food" (cooked grains, chicken, and fish are also available). Sanivan practices what it preaches: All linens and food are organic, trash is recycled, and even the heated pool is ozonated (translation: minimal chlorine). Guests spend downtime walking the outdoor meditation labyrinth and curling up with one of five Angora cats, the spa's "spiritual guides."

New Age Health Spa
On 280 acres near Catskill Park, New Age Health Spa hardly feels like it's only two hours from Manhattan. The spa complex is made up of nine newly renovated buildings, each with a Native American moniker; outdoor paths lined with flower beds connect the guest lodges. New Age lives up to its name with treatments such as a Native Sun Purification (50 minutes, $95), which incorporates herbs that many tribes use in cleansing rituals. (The herbs are grown in the spa's greenhouses.) Roberta Springer, a New York City resident, has been a regular since New Age opened 20 years ago. "I've been at least 50 times," she says. "I was hooked the first weekend." Nature lovers sign up for eco-adventure programs (bald-eagle watching or the Alpine Tower climb), and spiritual seekers try anything from tarot-card readings to silent reflection in the spa's state-of-the-art Cayuga Yoga and Meditation Center. It's decked out with heated floors, walls lined with 10,000 feet of redwood, and an enormous stone fireplace.

Best Deal: Overnights from $204 (two-night minimum). Earn points that you can apply to future bills or services by joining the Living Well Club for a onetime $25 fee. 800/682-4348, newagehealthspa.com.

Copperhood Inn & Spa
Step into the Copperhood Inn & Spa and you might think you're in 18th-century Europe, not the Catskills. The wingback chairs, pin-striped or cream-colored linens, gilded frames, and marble galore reflect the old-world style of owner Elizabeth Winograd, a Warsaw native who migrated to New York for college in the '70s. Mud wraps (60 minutes, $115), yoga and meditation classes (five students at most, no extra charge), and the signature European Body Treatment--a two-hour almond scrub/hot herbal wrap/Swedish massage combo ($200)--are a nice alternative to more active pursuits like mountain biking, snowshoeing, and fencing. "We took glorious hikes deep into the mountains," says New Yorker Brenda Szulman-Poje, who has visited Copperhood twice with a girlfriend. "My friend Karen had never been to a destination spa, so it was quite an adventure. On one of our hikes, the soles of both her hiking boots fell off and she had to hike down in her socks, which was no easy task!" Adirondack chairs on the wraparound deck overlook grazing pet goats and a burbling river, and afternoon tea is served in front of a fireplace (there are two).

Deerfield Spa
If Laura Ashley and Richard Simmons had a child, Deerfield would be it. In a sprawling former Victorian inn in the Poconos, the spa is all wicker, white linens, and soft florals throughout its 22 cozy bedrooms and three lounge areas. That country comfort stops, though, once you step into one of two 24-hour gyms, join an aquatic karate session in the heated pool, or sit down to a calorie-conscious meal of cumin- and feta-infused lentil loaf (no red meat here). Deerfield has regular lectures, guided two-hour Appalachian Trail hikes, 61 different weekly aerobics and fitness classes, and best of all, a staff-to-guest ratio of about two to one. First-time visitor Lola West of New York City, who stayed in the two-person cottage annex, found the intimacy refreshing: "The owner [Joan Wolff] has a great disposition that's reflected in the staff. Everyone is so friendly." Overextended muscles get relief in classic treatments like seaweed wraps (50 minutes, $85) and Swedish massages (50 minutes, $65); more uncommon treats include Nuat Thai, an ancient Buddhist floor massage dubbed "lazy man's yoga;" and the newly added LumiLift, a light-therapy facial that uses a small current to stimulate sagging muscles.

A note on the prices

Unless otherwise noted, prices listed are per person (based on double occupancy) and include meals, access to spa facilities (fitness centers, pools, sports equipment, etc.), activities, and classes. They generally don't cover spa treatments, taxes, or gratuities. We've quoted the best prices available at press time, but check the websites for deals. Many spas follow a set calendar when it comes to offering discounts; if you don't see anything online, ask the owner or manager when those specials are likely to run.

The standard tip is around 20 percent--preferably in cash (put it in an envelope at checkout or hand it directly to the therapist). Some spas automatically add gratuities to the bill. If you really enjoyed your treatment, give a little extra: More often than not, only a portion of that 15 percent service charge goes to the person who worked on you.