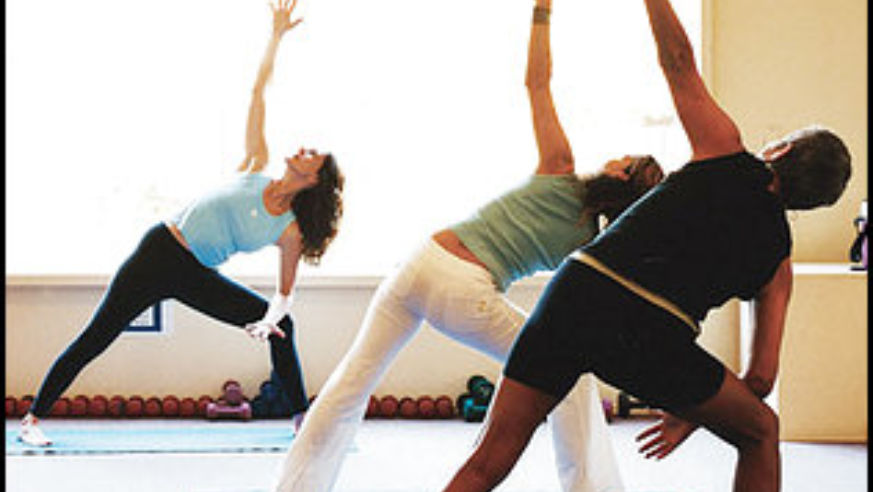 The Oaks at Ojai
At the family-owned Oaks at Ojai, fitness and rejuvenation are key goals--so it makes sense that the buildings have just been renovated. Originally built in 1926, the main house now sports a spruced-up version of its Mission Revival facade, as well as two new private suites and upgraded landscaping. "There's such a sense of personal caring," says Pat Proses of San Francisco, an annual Oaks guest for more than 25 years. "And the location is gorgeous." Citrus trees, lavender, and aloe grow along the paths that crisscross the two-acre resort. Oil pressed from olives grown on nearby land is used in a popular body wrap and massage treatment (75 minutes, $110). Proses got a big 50th-birthday surprise recently when her husband flew her four sisters in from Philadelphia for a five-day getaway. Her best friend was invited, too. "We had a ball!" she says. "Some spas are isolated on a mountain or in a valley, and you're like a captive. But when you step outside the Oaks, you're on the main street of town." An hour and a half north of L.A., Ojai is a small but thriving art community, with lots of shops and galleries.

Gold Lake Mountain Resort
Between the foothills of the Continental Divide and the Great Plains, the 100 acres of Gold Lake Mountain Resort & Spa were once a meeting place for the Arapaho Indians. The property's log cabins--which vary in size from one to four bedrooms, making them perfect for groups--were originally built in the 1920s as a girls' camp. Recently renovated, each cabin is unique: In one, an antique Oriental carpet covers the wood floor; in another, a piano sits in the corner; and in another, a stained-glass wall separates the bedroom from the living area. Last June, Stephanie Null gathered some friends from high school and headed over from Boulder, a 45-minute drive. "It was perfect," she says, even though the weather was cold and rainy. "We hung out in our cabin, ate at the restaurant, and soaked in the four hot pools," which, at different depths and temperatures, trickle into each other and offer views of the lake. So what else is there to do at 7,000 feet? Hike past white aspens and wildflowers, paddle a canoe, attack the miles of single-track mountain-biking trails nearby (bring your own bike), and revive with a Deluxe Heart & Sole foot soak and massage (60 minutes, $110).

The Crossings
The Crossings is an eco-resort--built of sustainable materials, with a water-conservation system, recycling, and off-site food composting--hidden in a 210-acre nature preserve 20 minutes northwest of Austin. "I never knew where it was," admits Austin resident Mary Meath, who visited last September with three friends to celebrate turning 40. "We climbed the hill leading to the spa, and it felt like we were off on a faraway vacation." Meath, a runner, loved jogging the five miles of trails and then unwinding with a "best-ever" 80-minute Neuromuscular Therapy massage ($130). The Crossings offers a long list of treatments, including Watsu (water and shiatsu, 50--80 minutes, from $100); a Balinese flower-and-salt scrub (50 minutes, $105); and the popular chakra cleanser, an essential-oil massage that unclogs your energy points (50 minutes, $110). Just exploring the 35-acre grounds--dotted with rosemary, jasmine, and fragrant juniper cedar trees--is aromatherapy. If that's not calming enough, there are regular yoga, Qigong (a Chinese healing practice), and meditation classes. This all sounds granola, but don't be surprised to see corporate suits on an office retreat rocking out at a drum circle.

Fitness Ridge Resort & Spa
Josette Rogers of Paradise, Calif., is the mother of seven--three of them Olympic-qualifying athletes. Tell her to drop and give you 20, and she'll give you 30. She needed a spa that could match her energy, and that's why best friend April Carter, also from Paradise, introduced her to Fitness Ridge. "I used to go to Red Mountain [see below] before it became a 'spa' spa," explains Carter, a three-time visitor who brought Rogers and six other pals here in March. "This place is focused on weight loss and fitness." Of course, there's some pampering: Facials, pedicures, and massages are available at a nearby day spa (55 minutes each, from $60; free shuttle). In late fall or early winter, Fitness Ridge-which was known as the Body Shop Spa until earlier this year--will move to an expanded 27,000-square-foot compound in the town of Ivins, 10 miles away. Near Snow Canyon State Park, the new facility will have 20 guest rooms and an outdoor pool. The fitness program will remain the same, with aerobics classes, calorie-controlled vegetarian meals, and daily guided treks past slickrock faces and Indian petroglyphs. "The hikes are incredible. I live in pine trees, so this place is gorgeous in a totally unique way," says Carter.

Red Mountain Spa
When Ellen Schwartz of Long Beach, Calif., turned 50, she wasn't about to do it alone. She gathered 35 women together--18 of whom turned 50 that same yearnd headed to Red Mountain, near Snow Canyon State Park. "It's the ideal place for a group of women to travel," says Schwartz. "We each selected what we wanted to do--hiking, spa treatments, lounging by the pool--and then we'd gather together for dinner. It's probably the only four days of all our lives when no one had anything to complain about!" Except, perhaps, for their sore muscles. Given the spa's surroundings, guests at Red Mountain are encouraged to spend as much time as possible being active outdoors. They can then reward themselves with signature treatments like a Raw Earth manicure (50 minutes, $45) and a Canyon Sage Warm Stone Massage (70 minutes, $140). Schwartz's visit was tied to her own adventuresome goal. "I was scared to death of rock climbing, and so I did it. I got to overcome my fear and had an amazing experience to go along with turning 50."