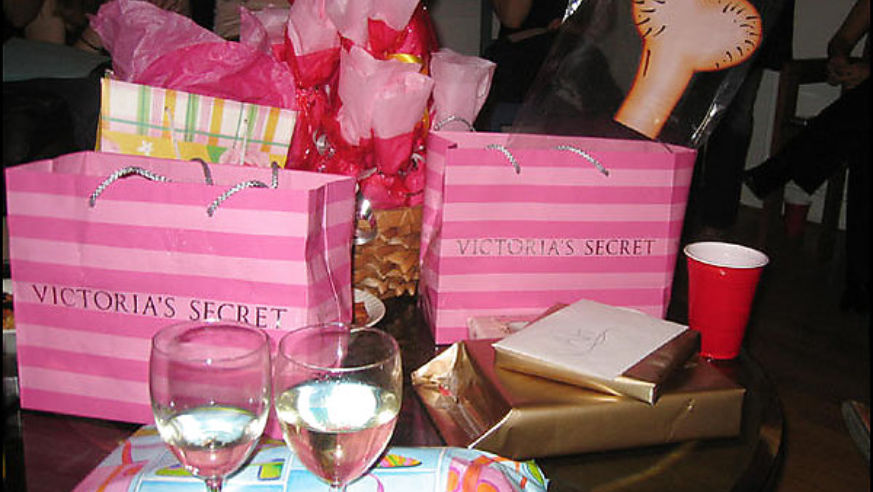 One, I can't believe I made it out this late. Two, I'm amazed I'm sober enough to type. This is a major coup against the Jessica my college friends remember, who was only seen when in the throes of narcolepsy or stumbling around a bar. But tonight, lo, I'm an adult, and I'm capable of saving myself for Saturday night's real festivities.

We had had 8 P.M. reservations at Tarascas, a Mexican restaurant in the Lincoln Park area, but waited over an hour for our table (our party planner actually forgot it was Cinco de Mayo). To kill time, we sipped toxic margaritas and were pleasantly tipsy by the time we sat down. On the bright side, it afforded me some time to talk to the bride-to-be, Amy, whom I've not seen in a year-and-a-half.

To make up for the wait, all 10 of us were served what seemed to be strawberry Kool-Aid-flavored margaritas, and tequila shots--which just about killed me. All in all, dinner was tacky fun (the food kept us on our feet) and, more importantly, alcohol-soaked, like any bachelorette pre-party should be.

We decided to continue our night in Lincoln Park. Virtually all of my Chicagoan friends have lived in the area at one point, but amidst the charming brownstones, it's a high-end, fratty, post-college hell. Case in point: Grand Central, an otherwise unforgettable two-story bar filled with scantily-clad girls with fake tans looking to lose their pants. There, I felt like I was too old (I'm a wizened 26) and too clothed (no cleavage). The male representation was cute enough, but they were at best uniformly acceptable, wearing striped button-down shirts accessorized with hair gel. Just our luck; we ran into a bachelor party, whose members enjoyed repeated attempts at molesting our bachelorette, Amy. We hauled her out of there before 2 A.M., as none of us had quite enough of a buzz to withstand the horror of that scene.

I can't believe it, but I woke up at 9:30 A.M. Anne and I passed out late last night watching Bridget Jones' Diary, our favorite movie from college (my, aren't we stereotypical). I got up earlier than her, so I tiptoed around her apartment, checked my e-mail, and enjoyed the sunshine afforded by her gigantic windows. Today looks more sunny and warm than yesterday, thank God. Anne finally woke up about a half-hour ago; we spent the first part of our morning staring silently at the television, waiting for the coffee to kick in. We're not quite sure what to do with our day; the bachelorette party starts at 6:30 P.M., leaving us not quite enough time to do anything like hit Navy Pier.

Anne and I decide that we want to be pampered. Unfortunately, all her go-to salons are booked up, which is too bad because my bangs are an embarrassment to anyone willing to be seen with me. Brunch isn't appealing to us, either. It's on to Plan C: more shopping.

I don't know why we seem to think we have disposable incomes (we certainly don't), but whenever we go shopping, we drop the plastic for any little thing we can think of. Anne and I decided to go to Marshall Field's, the Macy's of the Midwest. The Marshall Field's in downtown Chicago is pretty upscale, more like a Bloomingdale's, and certainly more manageable than any of New York's Brobdingnagian department stores.

We were on a mission: late-blooming Anne was finally ready to make the switch from drugstore to department store makeup. All I wanted was an appropriate "party shirt" for tonight.

Anne ended up falling in love with the Stila counter, but looked just confused enough that the saleswoman sat her down and gave her an entire makeover. It was a damn shame she'd yet to take her shower for the day, but we didn't say anything. I must have looked bored, because some other brush-wielding Stila employee went at my face, too. We left looking like painted ladies, our wallets as light as air. Across the street at Old Navy I hurriedly purchased a black T-shirt that, in the drunken darkness of the bar, I hope will pass for couture. Afterwards, we got cheap manicures at a cheap place underneath the L.

Anne and I picked up hot sandwiches from a nearby Potbelly's (pity the rest of the world for being stuck with Quiznos and Subways instead) and inhaled them as soon as we got back to her apartment. We had some time to kill, so we decided to prepare for the evening by taking a two-hour nap in front of the Food Network.