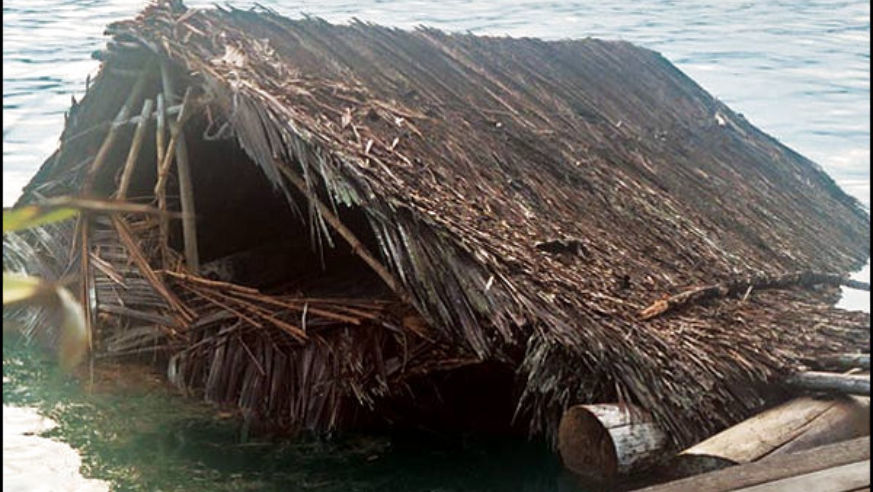 New Prize: New England
If your True Stories submission is the best one we receive before June 30, you'll win a $2,000 gift certificate good at more than 300 inns, resorts, and B&Bs throughout New England, courtesy of the New England Inns & Resorts Association. The gift certificate can be used at any member property, including for services charged to the room (such as meals and spa treatments). The prize is valid from September 1, 2006, to August 31, 2007. Subject to availability; nontransferable; nonnegotiable. No blackout dates apply. For more information on the New England Inns & Resorts Association: 603/964-6689, newenglandinnsandresorts.com.

My friend and I were on Isla Bastimentos, Panama, about to relax in an over-water bungalow. After settling in our hammocks, we heard a loud crack--the structure began to cave in, completely collapsing on us. I tried to surface, but kept hitting my head on floating debris. Making matters worse, I became tangled in one of the hammocks. Summoning some unknown strength, I freed myself, swam for the surface, and took the most satisfying breath I've ever taken! We were OK (aside from some bumps and bruises), if disheartened to realize that somewhere on the ocean floor was my bag with our passports, credit cards, and $900 in cash. The next morning, as workers hacked apart the structure, my bag resurfaced. We spent the morning hanging each dollar, along with our dripping passports, on a clothesline. It was a fantastic trip, but with a little more adventure than we had bargained for!

The moral of this tale: hold your bananas elsewhere
On the way to the caves in Phang Nga, Thailand, I was warned that the monkeys could bite. Taking heed, I purchased a bunch of bananas and went to the entrance. Upon going inside, I was approached by a large adult monkey who wanted a banana. I tried to break one off, but the banana wouldn't budge. The monkey became impatient and excited. The harder I tried, the more perturbed the monkey became--until he finally reached for my crotch and grabbed my manhood! He held on while growling and showing his teeth. My mind went completely blank, paralyzed with fear. A crowd formed to see what the ruckus was about--there I was, dancing around with this monkey attached to me. The monkey and I were one. Finally, it occurred to me to just throw him the whole bunch of bananas. As he ran off, I turned to see that I was the subject of quite a few home videos. Thomas White, Palmer, Alaska

"In the world of fashion, you're either in, or you're out...."
My first purchase while I was in Bhutan was a beautiful hand-embroidered tablecloth. It was exactly the right size for my dining room table. The day after I bought it, my traveling companions and I were lucky enough to be invited to a wedding. We needed proper attire and asked our guide where to buy a dress. "But you just bought a dress yesterday!" he said, confused. It turned out that my new tablecloth was indeed a Bhutanese dress. They look beautiful on the women of Bhutan, but I'm afraid they didn't do much for us! Roxanne Lippel, Los Angeles, Calif.

You mean everyone doesn't travel with a plunger?
For many years, I've worn hairpieces and wigs, and I discovered long ago the perfect way to style them--on the wooden handle of a plunger. (You position the plunger head between your feet, which allows you to style the wig easily.) I take a plunger with me when I travel, and while I usually pack it in my checked baggage, one time I stuffed it in my carry-on. At the airport, the security guards made me take it out, suspicious of why I was traveling with such a device. I tried to explain, but they didn't understand--so I was forced to get a wig from my bag and demonstrate to the entire crowd of laughing people why I travel with a plunger. Sharon Trapani, Kansas City, Mo.

Another mudbath ruined
Walking along a dry creek bed in the Bolivian pampas, my tour group and I noticed a hump in the distance. It was a cow stuck in mud from the neck down. Our guide suggested that we save her. Using vines as rope, we took turns tugging the poor animal's ears and head while scooping the mud out from around her. One vine eventually snapped, catapulting a few of us into the muck. The cow, completely agitated by these crazy people yanking on her, started to protest. We wouldn't hear of it, though, and after another 10 minutes of frantic tugging and scooping, we were finally able to dislodge her. Exhausted, the cow lay there for a couple of minutes, contemplating her next move--then she charged us! (So much for our good deed.) Satisfied, she darted into the brush to nourish her emaciated body. Spencer Wong, Denver, Colo.