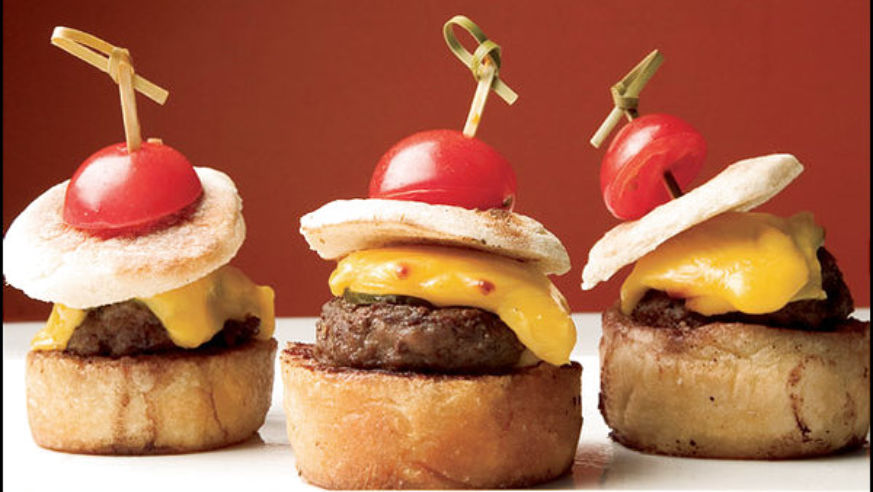 The latest point of pride for star chefs has more to do with French fries than foie gras. In December, David Burke, of New York's Davidburke & donatella, launched Burke in the Box in the flagship Bloomingdale's (1000 Third Ave., 212/705-3800). A Kobe beef hot dog ($14) pairs well with fries topped with Asiago cheese and truffle oil ($4.50). Burke doesn't like to call it fast food--"I think of it as fast casual"--and, to add to the distinction, diners who eat in are served on real china.

Thomas Keller, the chef at two of the country's best-reviewed restaurants (French Laundry in Napa Valley and Per Se in New York), is expanding the reach of Bouchon Bakery, his Yountville, Calif.-based boulangerie. In March, a New York outpost opened one floor below Per Se, in the Time Warner Center (10 Columbus Cir., 212/823-9366). Next month, a third location makes its debut in the Venetian in Las Vegas. The menu now features more substantial fare, including a delicious Niçoise salad sandwich ($13.25).

Three years ago, Tom Colicchio, of Craft in New York, spun off a sandwich shop cleverly called 'Wichcraft, where deli standards like roast turkey get dressed up with avocado, grilled onions, and thick bacon (sandwiches from $6, wichcraftnyc.com). The burgeoning chain now has three outposts in New York and one at the MGM Grand in Las Vegas. This year, Colicchio plans to open six more in Manhattan, as well as one in San Francisco.

One of the pioneers of the haute fast-food trend is Spanish chef Ferran Adrià, of El Bulli. His Fast Good opened in Madrid in 2004; a second recently followed, in the city's upscale Salamanca district (3c Juan Bravo, 011-34/91-577-41-51); and there's a third in Santiago, Chile (2890 Av. Isidora Goyenechea, 011-562/326-2604). The company plans 12 more locations across Spain and an expansion to international cities, including New York, within the year. The famously experimental chef is less ambitious than at El Bulli, but fare at Fast Good is hardly run-of-the-mill. Burgers are made of veal and served with Manchego, Gorgonzola, or Tetilla cheese on crusty Galician bread ($7).

In October, Rick Bayless opened Frontera Fresco at the food court in downtown Chicago's Marshall Field's. Sweet corn, goat cheese, and green chili tamales go for just $2.75 each (111 N. State St., 312/781-4483). The same month, also in Chicago, Charlie Trotter introduced Trotter's To Go Express. His Darjeeling tea--cured smoked salmon sandwiches ($8) became an instant hit (200 W. Monroe St., 312/499-0640). Known for 10-course degustation meals, Trotter says his own need for speed inspired him. "As the parent of a busy teenager, I don't have the luxury of sitting down for hours at each meal," he says. "A fast meal doesn't have to be fast food as we know it."