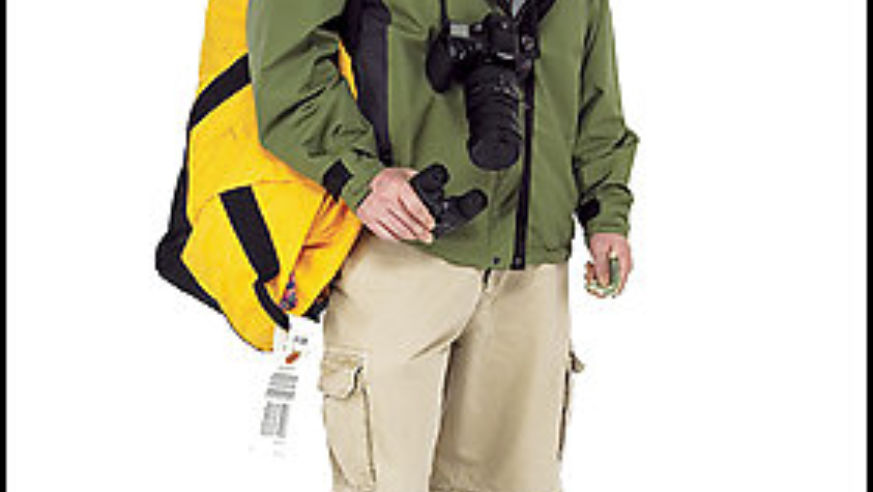 Michael Kraus
What to Pack for a Safari

It's a big trip in terms of time, planning, and money--so before heading into the lion's den, conduct a bit of research

Every country has something special to offer, but many safari connoisseurs say the top overall choices are Kenya, Botswana, South Africa, and Tanzania. All have established tourism industries and opportunities to spot the "big five" (elephants, lions, leopards, rhinos, and buffalo). South Africa stands apart for its relative abundance of conveniences--ATM machines, Internet access--as well as hospitals and a variety of accommodations and activities. "You're better able to mix it up in South Africa, with visits to cities, beaches, and cultural attractions," says Julian Harrison, coauthor of Fodor's African Safari and president of Premier Tours. Middle- and upper-class South Africans who drive to the country's reserves make up a large part of its safari market. By contrast, safaris in Kenya, Botswana, and Tanzania primarily cater to international tourists. The game reserves are often in remote locations, and the experience feels more like you're in the middle of Africa, not a park tucked off the highway.

Public parks tend to be larger and have more animals. South Africa's Kruger National Park consists of about 7,700 square miles and is home to 12,500 elephants. Sabi Sand Wildtuin, an adjacent private reserve, is tiny by comparison, spread over 250 square miles. Africa's largest elephant population on private land is in Botswana's Mashatu Game Reserve, which has a herd of around 500. The downside of public parks is that they're generally more crowded and restricted. "You can't drive after dark," says Harrison. "There's no walking and, in eastern Africa, there are no open vehicles." Private reserves afford more freedom, along with luxury and exclusivity, but you'll pay for the privilege. An all-inclusive suite at Sabi Sabi's Bush Lodge in the Sabi Sand Wildtuin costs as much as $735 per person per night, whereas an apartment with space for six in Kruger's Berg-en-Dal camp costs $292 in high season.

Most international visitors book safaris led by rangers; if your guide works for a respected tour operator, he'll be an expert tracker with near-encyclopedic knowledge of the wildlife. Self-drive tours are possible in a few national parks--Kruger and Namibia's Etosha, to name two. Beyond costing less, the benefit of a self-drive is that you set the schedule. On guided trips, you follow the group itinerary, often waking before 6 a.m. Yet going it alone is quite a risk if this is your one and only safari; no one wants to travel all the way to Africa, only to miss out on the sights. Customized safaris are the ultimate, allowing you to control who's in your group, and when and for how long you're out on patrol.

How do guided safaris work?

You'll sleep either in one home base, which could be anything from a permanent tent camp without electricity to a five-star lodge, or in mobile campsites that allow your group to keep moving. "Game drives are typically done in the early morning and late afternoon hours," says Stacey Bisley, tour consultant for safari operator Gametrackers. Each drive lasts three or four hours. Some lodges also offer guided walks or night drives to view game with a spotlight. For many people, two days on safari isn't enough, while ten days in a row of rambling on bumpy roads may try your patience.

What other activities are available?

When not on game drives, folks on safari eat and relax--a lot. This may prove challenging if you like to exercise or simply can't handle down time. Going for a walk solo is too dangerous, and only the priciest lodges have spas, gyms, and pools.

Is it suitable for families?

Children are allowed on most safaris, but it's hard to justify the expense for youngsters who'd be as excited watching The Lion King. Alana Hayden, president of Born Free Safaris, suggests a minimum age of 5, though teens will better appreciate (and remember) the experience. Many kids aren't ready to sit patiently in a vehicle for hours.

What shots are necessary?

Most safaris take place in malaria zones, and antimalaria medication is strongly recommended. To play it safe, head to one of South Africa's malaria-free zones in the Eastern Cape and North West Province. Consult your doctor no matter which destination you pick.

Many tour operators need you to prove you'll be covered for trip cancellation, medical expenses, and lost or delayed baggage. Contact your health insurance company to find out if your policy already provides such coverage, and purchase travel insurance to fill in gaps. Even if your tour operator doesn't require you to be insured, it's still a good idea. Browse policies at quotetravelinsurance.com or insuremytrip.com.

When's the best time to go?

The high season for most countries runs from June through October, when the weather is cool and dry and animals are easier to observe because they congregate near water sources. In low season, animals are more dispersed and tougher to track, but there are advantages. "You have cheaper rates, less people, and the landscape is lush and green," says Harrison.

On self-drive tours, expenses are limited to lodging, rental car, gas, and a park fee ($20 per day at Kruger). If you're splitting costs within a group, costs could be under $100 per person daily. Guided safaris with game drives, meals, and alcohol included range from $200 all the way up to $1,200 a day. You also need to figure in airfare of $1,300 or more, as well as tips for drivers and guides; $10 each for every day on safari should suffice. Many flights to Africa are routed through Europe; check to see if two round trips (one to Europe, one onward to Africa) are cheaper than a single purchase. Consider staying a few days in Amsterdam, London, or whichever city you're connecting through en route; airlines sometimes allow free stopovers. Packages that include airfare and a guided safari, like those featured in our 40 Best section, are often the best value.

WHAT TO PACK FOR A SAFARI

Check ahead of time if your game reserve lodge has laundry facilities (many do). That way, you can cut back on clothes and have more room for binoculars and other gear you'll want out on game drives.

Shades and a hat with a big brim: You'll be out in the sun a lot.

Chapstick, moisturizer, and sunscreen: The plains are dry and dusty, and the sun can be broiling.

Layers: You'll need a sweater and a light coat for chilly evenings, as well as a raincoat or poncho for unpredictable downpours. Cover up as much as possible to avoid insect bites.

Binoculars and a camera: Bring a zoom lens, too. The most exciting action is off in the distance.

$200 cash per person for tips: Have lots of $1 bills handy for porters, waiters, and maids, as well as larger denominations to tip guides at trip's end.

Luggage that's easy to carry: Waterproof backpacks and duffel bags are best. Bags with wheels are great at the airport, but not in the bush.

Earth-tone clothing: Black absorbs heat, while white and other bright colors scare off animals. Don't wear camouflage: Locals may think you're in the military.

Rugged, waterproof shoes: Take ones you don't mind getting dirty, as well as sandals or flip-flops you can switch into back at camp.