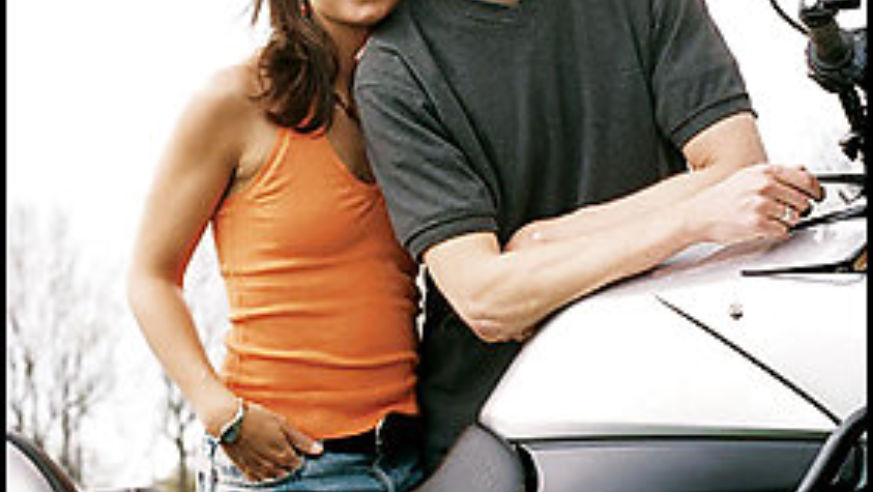 A gearhead and his wife are going on a motorcycle tour of Europe, and they're asking us to help plan the pit stops.

Jordan Henry, an operating-room nurse in Madison, Wis., started riding motorcycles almost 20 years ago at the age of 16. "My great-grandfather built and drove his own motorcycle, and I'm building a chopper," he says. Jordan's wife, Alyssa, who's a nurse anesthetist, tells us she has "acquired a taste for motorcycling" during their nearly four-year marriage. This August, the couple is booked on a 10-day guided motorcycle tour of Germany, Switzerland, France, and Austria. There are two free days--in Obernai, France, and Lucerne, Switzerland--as well as time before and after that the Henrys want us to plot out for them.

"Jordan is a true gearhead," says Alyssa. "From high-performance sports cars to muscle cars, he loves them all, and he's the proud owner of a 1988 Porsche 928 S4." At the end of their motorcycle tour, which begins and ends in Munich, the Henrys want to go to Stuttgart to visit the Porsche factory and museum, as well as any other sites for car fanatics.

The Henrys arrive in Munich a couple of days before their tour starts, which will give them time to check out their first automobile manufacturer. The futuristic BMW plant is in northern Munich, accessible by subway. Free, three-hour guided tours are offered on weekdays in English and German; it's a good idea to reserve online well in advance. Visitors wear radio headsets so they can hear their guide over the din of the bustling factory floor. Unfortunately, the on-site BMW Museum is under renovation, though a display of historic Beemers has been set up in the nearby Olympia Park, site of the 1972 Summer Games.

"For Alyssa's sake, I don't want overkill--all cars, all motorcycles, all the time," says Jordan. Alyssa explains that they prefer historical sites--cathedrals, castles, and ruins--to museums. St. Peter's church, built in 1180, affords fantastic views of the city and, on clear days, the Alps. For a glimpse of how Bavarian royalty summered, the Henrys could head outside the city to Schloss Nymphenburg, a castle with a collection of historic coaches, a landscaped garden, and the Amalienburg, a rococo hunting lodge with a hall of mirrors.

"I'm as into food and cooking as Jordan is with cars and motorcycles," says Alyssa. "I love learning about food and who produced it. And we're definitely interested in sampling some great beer and wine." Munich's Viktualienmarkt, just south of Marienplatz, is one of Germany's most famous outdoor markets. The Henrys can stroll through aisles of vegetables, sausages, cheeses, and fish, and put to the test those German classes they took in the spring. Though most locals speak some English, they appreciate it when tourists know a few basics.

No visit to Munich is complete without a visit to a beer hall. The Henrys want to see the Hofbräuhaus, and we offer a couple lesser-known options: Augustiner, on the main pedestrian street for shopping; and Paulaner Bräuhaus, southwest of the city center, with picnic tables in its beer garden. Alyssa's grandfather was a professional button-box accordionist, and she grew up listening to polkas and waltzes, so they're certain to have a fun evening at the Alpine-style sing-alongs at Jodlerwirt.

The Henrys request basic accommodations. "We don't hang out much in our rooms," says Alyssa, "and we'd rather spend money on other things, like food." The Hotel Jedermann, near the main train station and run by the same family for four decades, should suffice.

Next, it's on to the motorcycle tour. Jordan has dreamed about cruising with Edelweiss Bike Travel since reading about the company as a teen. "I'm looking forward to simply riding through the Alps with my wife next to me," says Jordan.

On their first free day, in Obernai, a small town in the Alsace region of France, the Henrys could opt to make a short ride to Strasbourg to see its magnificent cathedral and historic quarters. After three long days on motorcycles, however, it might be nicer to take things easy. A few years ago, the Henrys went to Spain, and Alyssa, a self-professed "compulsive planner and doer," was stressed that they were missing something. She pushed her husband to stay on the go the entire time. "It was a great vacation, but exhausting," says Alyssa. (Jordan nicknamed the trip "Sherman's death march.")

That's even more reason, this time around, to sit at a café or stroll around Obernai, a walled medieval town with four towers. The Henrys might stop by one of the many wine cellars to sample the aromatic and slightly spicy wine known as gewürztraminer, an Alsatian specialty.

For their other free day, in the lakeside city of Lucerne, Switzerland, the Henrys are keen for activity. They can board a Lake Lucerne Navigation Company steamer for a 90-minute ride to Alpnachstad, where passengers board the world's steepest cog railway to reach Mount Pilatus, a mountaintop lookout with hotels, a shop, and plenty of hiking opportunities. To complete the round trip without backtracking, we recommend taking a gondola and cable car to the village of Kriens, followed by a short bus to Lucerne. If it's raining or foggy, the Henrys might instead wander around the picturesque old streets of Lucerne.

When their tour ends back in Munich, the Henrys are heading to Stuttgart. The high-speed train is our favorite way to go (2 hours and 20 minutes each way; $99 round trip, second class). "The Porsche Museum and factory are the priorities," says Alyssa. Most of the year, free guided factory tours in English leave at 10 A.M., weekdays; unfortunately, none are offered in late August because of summer holidays. A new museum is being constructed at the plant, and for now there's a room with 20 historic Porsches on display.

Greater Stuttgart is also the home of a new Mercedes-Benz Museum. Alyssa and Jordan can inspect some 160 vehicles, including record-breaking speedsters of the 1930s and the luxury cars specially made for royalty, popes, and politicians.

"What part of Stuttgart should we stay in?" asks Alyssa. Since they'll be sightseeing all over, it doesn't matter all that much, but a central location probably works best. Centro is an inexpensive hotel less than ten minutes' walk from the train station.

When they're feeling hungry or thirsty, the Henrys should make a beeline to the Bohnenviertel (Bean Quarter), an old artisans' district. "The style of restaurant doesn't matter," says Alyssa. "It's the quality of the food that we care about." The neighborhood hosts a fine selection of weinstuben, wine taverns unique to the area that are known for serving local wines and rich food (distinctive pastas, creamy sauces, roasted pork and beef). Weinstube Schellenturm scores extra points for its cool setting in a 16th-century tower. Prost!

"St. Lucia was absolutely wonderful," says Heather McKinney (right), with Jenny Meader and two new friends, Felix and Luke, who invited them on a boat ride. "We were blown away by the view from our villa at Stonefield. It seemed like I could reach out and touch the Petit Piton." Jenny particularly loved meeting people in Soufrière. "They were all so happy and they laughed so easily. It was infectious!"