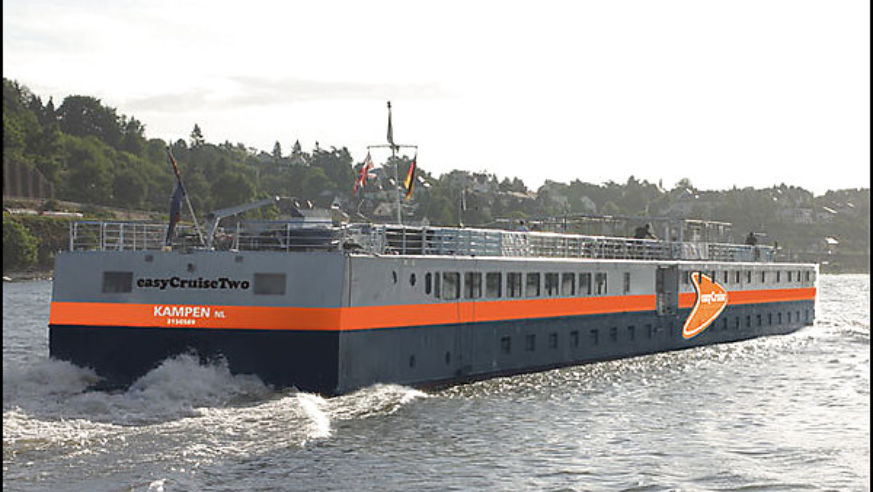 The brainchild of serial entrepreneur Stelios Haji-Ioannou (also behind low-fare airline EasyJet), EasyCruise made waves in 2005 when it launched no-frills Caribbean cruises at rock-bottom prices. Since then, the orange cruise ships have expanded to the Mediterranean and the canals of Holland and Belgium.

Now, after customer feedback, they're getting a makeover. Instead of the blinding orange exterior, vessels will be gray with orange trim and will feature a more streamlined, boomerang-shaped logo. The cabins are also getting a toned-down color scheme, and all cabins on EasyCruiseOne will be fitted with windows. A large canopied sundeck with two hot tubs and a revamped café, bar, and restaurant are also in the works.

While the look is going more upscale, prices are staying low. EasyCruiseOne is sailing the French and Italian Riveria through October, and will then debut a new Caribbean itinerary: St. Maarten, St. Barts, Anguilla, St. Kitts, Nevis and Antigua starting at $17 per person per night, December 8, 2006 to April 12, 2007. EasyCruiseTwo sails weekly from Amsterdam to Rotterdam, Antwerp, Brussels and back, with rates starting at $13 per person per night, August 11 to November 4, 2006. To book, call 011-44/207-895-651-191 or visit easycruise.com.