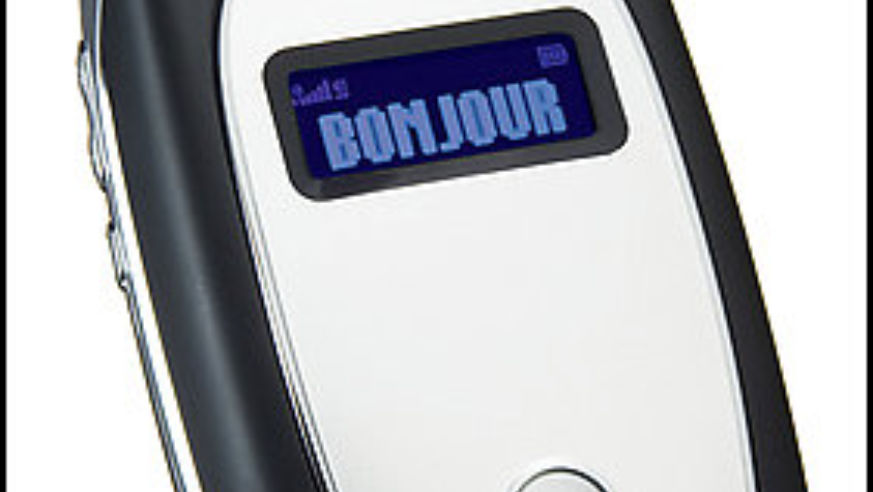 By planning ahead, you can use your cell phone almost anywhere--and never worry about getting ripped off at $5 per minute

There's no shortage of theories on the best way to make phone calls while overseas. Some folks are devotees of calling cards. Others love technologies such as Skype, which allow calls to be made via the Internet. But for convenience, nothing compares to your own cell phone.

Not all cell phones are compatible with the technology used overseas, however, so the first step is figuring out if your phone will work in your destination. The GSM network, used by T-Mobile and Cingular, is the standard for most of the world. If you have a Verizon Wireless phone, which operates on the CDMA network, chances are you won't be able to make calls in Europe, Australia, or Africa. The frequencies, or bands, also have to match. Some cell-phone models are dual-band, which is fine for the two GSM frequencies most common in the U.S., 850 and 1900 MHz. Others are tri- or quad-band, so they work at home and abroad, where the most common frequencies are 900 and 1800 MHz. Go to cellular-news.com/coverage to look up the networks and frequencies used at your destination. Then ask your provider or look in your manufacturer's handbook for the corresponding info.

Once you know your phone will function, the next step is figuring out which cost-saving strategy makes the most sense for you.

If this is the first time you'll be using your phone overseas, before leaving home tell your wireless provider to activate the international roaming option. But be aware that outside the U.S., calling home, checking voice mail, or dialing across town in your destination can cost $10 before you know it. In general, rates are higher in areas with poor infrastructure. Using T-Mobile, calls from most of Western Europe are $1-$1.50 per minute, but dialing from Uganda or Russia will cost you $5 per minute.

If you plan on traveling abroad often, ask your provider about international rate plans. Cingular's program costs an extra $6 per month, but it discounts international calls by 40¢ per minute on average.

A SIM card is the postage stamp-size chip that stores account info in all GSM phones. After replacing your SIM card with one intended for the country you're visiting, you instantly have a local number. Making reservations at a nearby hotel becomes a local call, often costing less than 25¢ a minute. As a bonus, incoming calls to your new number are usually free, though anyone dialing you from the U.S. will pay for long distance.

The downside of swapping SIM cards is that no one calling your old number will get through; you probably won't have access to stored phone numbers, either. But if you need to make or accept lots of calls in the place you're visiting, the trade-offs are probably worth it.

You can buy a new SIM card through telestial.com and dozens of sellers at prepaidgsm.net. It's usually cheaper, however, to pick up a SIM card in your destination. Cards, which start at $20 to $50 depending on where you're traveling, come with a certain number of minutes included.

Your handset must be unlocked to switch SIM cards; if necessary, contact your wireless company to find out how to unlock it. And keep your old SIM card in a safe place. You'll want it when you get home.

Using a new SIM card lets you make cheap local calls in your destination, but dialing back to the U.S. still incurs hefty charges. Here's the trick for avoiding them. Register your new number and a credit card with a service called GlobalPhone (gphone.com). Then, when you want to call internationally, first dial a country-specific "trigger" number. Let the phone ring once and hang up. A few moments later, your phone will ring, and you'll be prompted to punch in the number you're trying to reach--at a much cheaper rate than dialing directly. You're basically accepting an incoming call--and remember, that's usually free with a SIM card meant for the country you're visiting. GlobalPhone takes advantage of bulk international rates, and the result is that most calls between Europe and the U.S. wind up costing less than 40¢ a minute. Registration is free, and you're only charged for the calls you make.