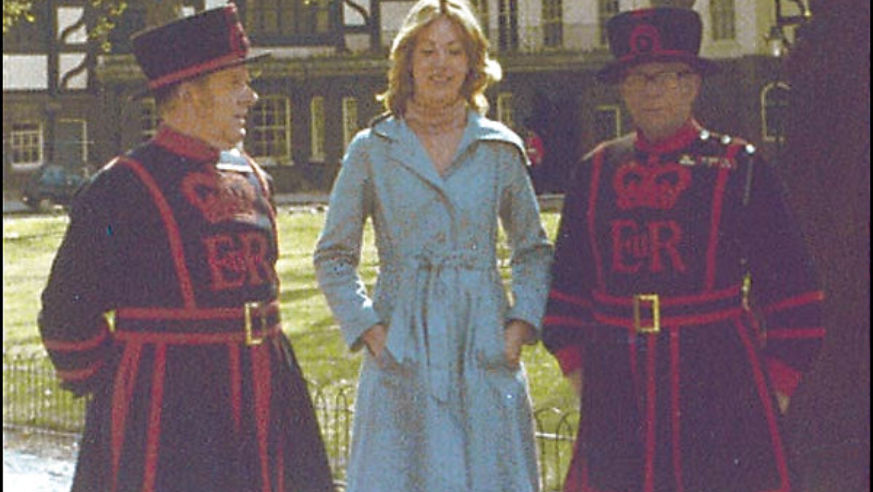 What to ask the advisor of the university program that--if all goes well--will change your life.

Who your fellow students are and what courses you sign up for have a big impact on your experience. "Island" programs, like the NYU Center in Prague, are populated by Americans. If you enroll at a foreign school like the Universidad Complutense in Madrid, meanwhile, your classmates will primarily be locals. "When I was a master's student, I took a third of my classes at the University of Florence, which gave me the opportunity to meet Italian students and professors," says Adam Gagliardo, assistant director of Study Abroad Admissions at New York University. "It introduced me to a side of Italian culture that I never would have seen in an exclusively American school."

As for classes, students generally want to learn about the culture rather than simply fulfill a math requirement. To find out more about a particular program, ask for referrals of students who have recently participated. "With the advent of study-abroad blogs and message boards, it's easy to find out the attitude toward well-known programs," says Gagliardo. Also, U.S. News & World Report's study-abroad recommendations are available for free at usnews.com.

The choices include rooming with other students in dorms and a homestay with a family; the second option exposes you to how life is really lived in a country, but can isolate you from other kids. Or you could find your own apartment, where you'll be more integrated into city life; on the other hand, that might mean headaches like utility bills and nosy landlords. In a program called Semester at Sea, sponsored most recently by the University of Virginia, students stay on a cruise ship that drops anchor at 10 or so locations around the world.

Students enrolled directly in foreign universities often discover that grades aren't as inflated as at home. Conversely, if you're in a program run by an American university, chances are you won't have to bust your rear. "The professors abroad were more lax, and papers were graded a lot looser than in the States," says Jessica Horne, a recent University of Wisconsin graduate who went to Sydney with a Michigan State University program in 2004. In retrospect, Horne wishes she "had traveled more and worried less."

4. Will credits count toward my degree?

Even if your college doesn't run its own study-abroad programs, it likely has partnerships with other universities in which credits automatically transfer. If you're thinking of going outside your school and its partners, get the program and the courses you plan on taking approved first. "Participating in a program that can't be used for your degree becomes a very expensive vacation," says Susan Thompson, director of International Programs at the University of Nevada, Las Vegas. Many students save their electives so that they can sign up for whichever classes they like overseas. "I'd always planned to study abroad, so I was careful from freshman year in selecting classes that would apply toward my major," says Melanie LaVia, a Loyola College in Maryland graduate who studied in Florence with Syracuse University.

Studying abroad isn't necessarily more expensive than an average semester on a U.S. campus. But look closely for what's not covered in program fees: Some include meals, lodging, and even books, while others come à la carte. Also, consider the cost of living at your destination. "I knew Europe would be way more expensive than the States, but I didn't know I'd blow through my entire bank account," says Robin Monheit, a University of Maryland grad who spent a semester in London in 2002.

Your existing aid package may apply abroad, and it's smart to ask for assistance at your school's financial aid office. Also, scour iefa.org and fastweb.com for sources of financing.

It depends on the destination and the length of your stay. Each program should spell out the country's visa regulations, but it's ultimately your responsibility to comply. Go to travel.state.gov to double-check what's needed for entrance where you plan to study.

How much of an effort do you plan to make? First, conduct some research. "Students don't ask enough about the customs of the country they'll be staying in," says NYU's Gagliardo. "They assume things in France or China will be the same as in America." He recommends seeing films and reading books about life in the locale. Still, no matter how much preparation you do, there will probably be an adjustment period. "The most important thing is not to close yourself off from your new reality, but to try to understand it," says Massimo Avuri, who teaches Italian at NYU's program in Florence. "Contact with the people and daily use of the language are of the highest importance."

Use good sense, as you would at home: Be alert, dress modestly, stay in groups, and know where to go for help. "There's almost always a 24-hour emergency phone number," says Melanie Andrich, associate director of Rutgers University Study Abroad. "When students are hurt, it's often because they made themselves vulnerable. They get inebriated and walk alone at night, or they're not careful with their wallet or laptop." If you're leaving town to explore for the weekend, tell someone where you'll be. Make sure your health insurance covers you abroad; some programs include basic coverage. Every program should provide a list of English-speaking doctors and dentists, as well as nearby hospitals.

9. Do I have to be fluent in the language?

Not really. But when there, learn as much as you possibly can--you may never have an opportunity to immerse yourself again. "Studying shouldn't be excessive, but constant," says Avuri. "A language isn't learned in a day. Traveling and recreation will augment what's learned in school."

As little as possible, in a bag that's easy to carry--if only because most airlines charge extra for bags over 50 pounds. "The best way to pack is to imagine two weeks of crazy weather and different events," says Rutgers's Andrich. "Bring clothes you can mix and match, layer, and clean easily." Leave expensive jewelry at home. There's no need to stock up on toiletries unless you're picky about brands; everything you'll need will be available. Comfortable walking shoes are a must, and two nice outfits is plenty. Fill your carry-on with vital medications, copies of your passport, and a list of emergency contacts, bank and health insurance info, and your flight itinerary. E-mail the list to yourself and to someone at home, too. And don't forget to bring an open mind.