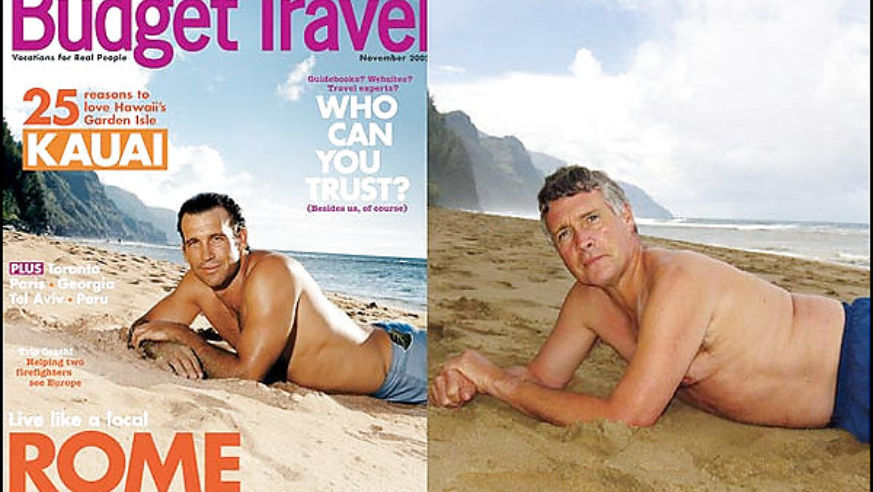 The best response we get before November 30 wins a four-night cruise aboard the Disney Wonder for up to four people, to Nassau, Bahamas, and Castaway Cay. A Disney Cruise Line vacation offers activities that appeal to every member of the family. The prize includes a deluxe ocean-view stateroom for four, onboard meals, most gratuities, airport transfers, port taxes and fees, and round-trip airfare. Shore excursions, spa treatments, alcohol, and other amenities are the winner's responsibility. The trip must be booked at least 45 days prior to intended travel dates, and taken prior to January 31, 2008. Blackout dates and other restrictions apply. Subject to availability, nontransferable, nonnegotiable. Cannot be redeemed for cash value. For more info on Disney Cruise Line: 888/325-2500, disneycruise.com.

This month's winners are Bill and Linnea Boaz, of Tucson, Ariz. Their prize: four nights at The Lodge & Spa at Cordillera, Colo., courtesy of RockResorts.

When my husband and I saw the cover of your November 2005 issue, we knew just where in Kauai it was photographed--we were married on a beach just a couple of miles away. In an effort to re-create your photo, we investigated every last grain of sand on Kee Beach. It was a fun morning, and I believe we accomplished our task. Of course, due to differences in season, lighting, and quality of camera, your photo came out much better than ours--not to mention that the model on your cover is slim and athletic, while Bill appears more closely linked to the island's migrating whales.

I was at a raja's palace in India when my friend Howard suggested that I take a photograph of him with one of the many wild monkeys that roam freely on the palace's grounds. After handing me his camera, he inched closer to a monkey sitting calmly on a wall. I snapped the first picture, of Howard and the monkey peacefully making eye contact--and by sheer luck, I also captured the moment that followed. Fortunately, the monkey didn't pursue further. Dean Divis, Greenfield Center, N.Y.

On our first night in Venice, my husband suggested we take a gondola ride as the sun set. I'm the planner in the family, but it turned out that my husband had been doing some planning of his own. He reproposed and gave me a beautiful new diamond ring! It was one of the most romantic moments of my life. We were kissing in a quiet side canal, water lapping gently against the boat, when we heard: "I'm a Barbie girl, in a Barbie world, life in plastic, it's fantastic." Instead of killing the moment, our gondolier's cell-phone ring tone made it even more memorable! Lori Hlucky, Brunswick, Ohio

The Mafia did it

My wife and I were awestruck by the beauty of Trastevere in Rome. But as we set out to explore the neighborhood on foot, we were petrified at having to share the narrow, cobblestoned streets with darting cars and buzzing mopeds. Our guide, Adriano, told us we had nothing to worry about. He assured us that we'd find only good drivers in Rome. "The bad drivers are all dead," he said without skipping a beat. John Landers, Arlington, Va.

If the pilot has to make an error, please let it be this one

The day following the thwarted terror attack in London, my mom, my uncle, and I were flying home from Heathrow. Security was tight, and carry-on items were restricted to a passport, boarding pass, and money in a clear bag. Even cell phones were forbidden. Finally aboard, we heard the pilot make an announcement over the loudspeaker: "We are unable to take off due to a cell phone. Will the passenger with the phone please hand it over to be placed in the checked luggage? Thank you." We wondered how anyone could've gotten a phone through the intense security. The pilot then said, "If the phone is not turned in, we'll have to exit the plane and search all passengers." A minute passed, and the pilot spoke again. "Ladies and gentlemen, I'm sorry for the inconvenience," he said. "I'm the one with the phone. We'll be taking off soon." Hillary Starner, Zanesville, Ohio

And if it told you to jump?

My family and I were visiting some Mayan ruins in Guatemala when my son and I decided to climb to the top of a structure in Tikal. Imagine our surprise when, after we reached the top, we came upon a fellow traveler wearing a T-shirt that read GET USED TO THE VIEW. With that directive it sure didn't take us long! Todd Johns, Silver Spring, Md.

You can find more True Stories in the November 2006 issue of Budget Travel magazine.