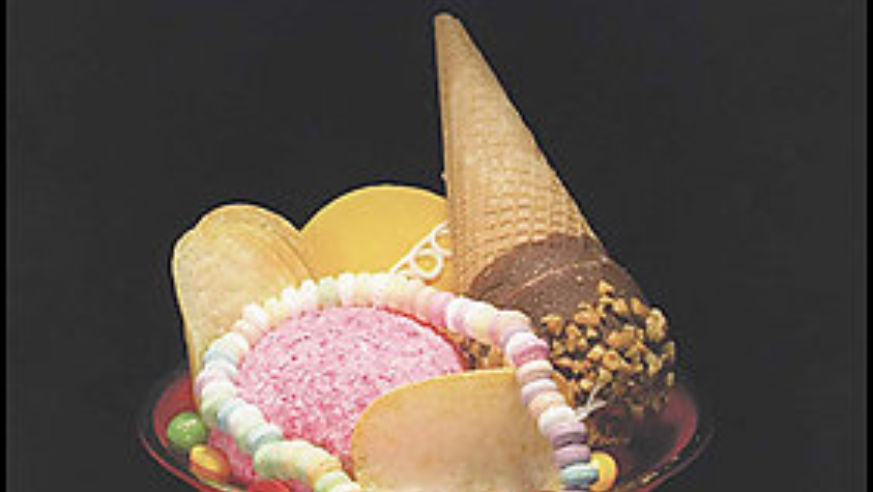 In her new memoir, Bich Minh Nguyen writes about coming of age in Grand Rapids, Mich., where she struggled to fit in and longed for American fast food.

Anh and I hung out with the others kids in the basement, playing Atari and ping-pong and watching TV. The commercials held our interest as much as any show, for they let us know what we should be eating, playing, and wearing. They let us know how we should be. After a commercial for Lite-Brite a girl with shiny pink barrettes might triumph, "My ma and ba me bought that." Another kid would boast about going to McDonald's three times in one week.

Almost all these kids were way ahead of me and Anh. Their parents were anxious for them to fit into Grand Rapids and found the three quickest avenues: food, money, and names. Food meant American burgers and fries. Money meant Jordache jeans and Izod shirts. Names meant a whole new self. Overnight, Thanh's children, Truoc and Doan, became Tiffany and David, and other families followed. Huong to Heather, Quoc to Kevin, Lien to Lynette. Most of the kids chose their own names and I listened while they debated the merits of Jennifer versus Michelle, Stephanie versus Crystal. They created two lives for themselves: the American one and the Vietnamese one--Oriental as we all said back then. Out in the world they were Tiffany and David; at home they were Truoc and Doan. The mothers cooked two meals--pho and sautés for the elders, Campbell's soup and Chef Boyardee for the kids.

Rosa would have none of it. She hadn't changed her own name when she married, after all, and had named my brother Vinh--not some white name, she scoffed. She told Anh and me that we needed to be proud of who we were. Still, my sister tried out Ann for a little while, until laziness prevailed and she went back to Anh. It was an easy name anyway, and caused her little stress. Not like my name: Bich. In Vietnamese it meant jade, which was all well and fine in Vietnam but meant nothing in Michigan. It was pronounced with an accent tilting up, the tone leading almost toward a question, with a silent h. Bic! I hated the sound--too harsh, too hard, and the c so slight that it evaporated in the air. I preferred to hear it as Bit. The sound seemed tidier, quieter. So that's what I made my name over to be, and it was fine until my classmates learned to read and swear. By second grade I was being regularly informed that I was a bitch. I started fantasizing then about being Beth, or maybe Vanessa or Polly. I longed to be Jenny Adams with the perfect simple name to match her perfect honeyed curls. But I knew I could never make it stick. Who would listen to me? Who would allow me to change? Not Rosa, nor anyone at school. I could not tell my stepmother, my father, my sister--I could tell no one--what I suffered each day during roll call. The shame layered upon embarrassment equaled silence. I felt I could judge the nature and compassion of teachers, especially substitutes, by the way they read my name. The good ones hesitated and gently spelled it, avoiding a phonetic pronounciation. The evil ones simply called out, Bitch? Bitch Nu-guy-in?

So I listened carefully, enviously, while the kids in Thanh's basement transformed themselves into true Americans. Most of their parents had factory jobs, too, but that didn't stop them from buying nice clothes and tennis shoes and toys, whatever it took to assimilate. Rosa wouldn't have that either. She believed in pinching pennies, as she put it, and my longing for a Jenny Adams wardrobe was useless against her rules about clothes. Rosa favored reds and burgundies, claiming they were best for our skin types, and she forbade me and Anh from wearing yellow. "Never, never, never," she said. "Girls with your skin color look sallow in yellow." When we shopped we hit the discount stores. Her favorite was Burlington Coat Factory, which in spite of its name mostly sold clothes. They were piled in giant bins or stuffed tight into circular hanging displays. On principle alone Rosa purchased only what was on sale, her eyes lighting up at the word clearance. When I went to school in blue corduroys and a pink sweater stitched with a picture of a stallion rearing up, I avoided sitting next to Jenny Adams with her flowered dresses and polished Mary Janes.

While the other girls in Thanh's basement learned to dress like Jenny, I found comfort in the girl whose parents were as stubborn as mine: Loan, who remained Loan, which carried a lovely double syllabic. Lo-an. We went to the same school during first and second grade, and became the best of friends. Bitch and Loan, some of the kids said on the playground. Hey bitch, can you loan me some money?

At home, I kept opening the refrigerator and cupboards wishing for American foods to magically appear. I wanted what the other kids had: Bundt cakes and casseroles, Chee-tos and Doritos. My secret dream was to bite off just the tip of every slice of pizza in the two-for-one deal we got at Little Caesar's. The more American foods I ate, the more my desires multiplied, outpacing any interest in Vietnamese food. I had memorized the menu at Dairy Cone, the sugary options in the cereal aisle at Meijer's, and every inch of the candy display at Gas City: the rows of gum, the rows with chocolate, the rows without chocolate. I knew the spartan packs of Juicy Fruit as well as the fat pillows of Bubble Yum, Bubbalicious, Hubba Bubba, Chewels, Tidal Wave, the shreds of Big League Chew, and the gum shaped into hot dogs and hamburgers...I dreamed of Little Debbie, Dolly Madison, Swiss Miss, all the bakeries presided over by prim and proper girls.