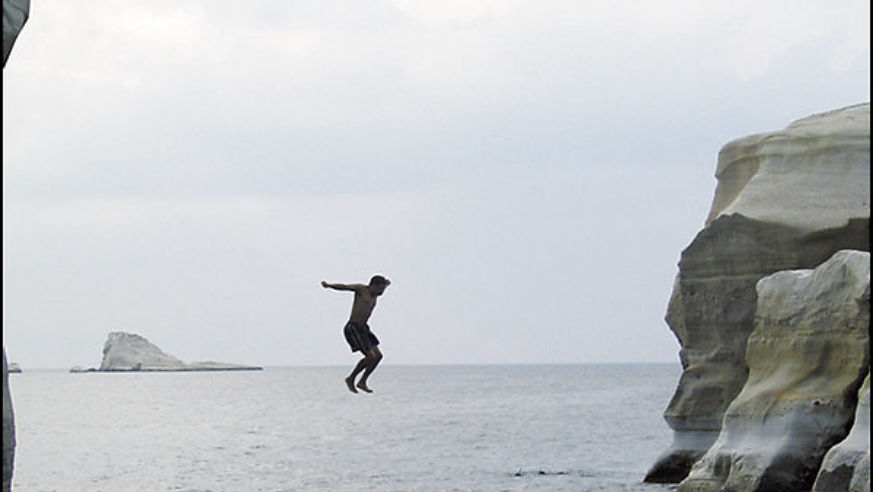 If you're fresh out of college, globetrotting for a year sounds great. But it's a lot scarier--and more fulfilling--when you already have a career.

I liked my life. I had a good job as a TV producer, a big Manhattan apartment, and a girlfriend I loved. But in 2004 HBO sent me to Asia for a story, and I bumped into Bill and Paul, two guys from Northern Ireland who were three months into a yearlong trip around the world. I soon realized that traveling around the world would be a fine thing. I was 25 and single, with savings but without a mortgage; if I were ever to do it, now was the time.

Some people back home thought I was crazy, knowing how hard I'd worked to get where I was. My boss said colleagues whispered about me as I walked down the hall: "There's the idiot. There's the guy. He's the one who had it all. He's the one who's giving it up." But I found a professional excuse to go--I decided to make a documentary about the trip.

I left New York in January 2005 with a thick paper ticket listing cities I'd chosen because they were the first to come to mind. Sydney. Bangkok. Athens. Rome. Rio. Buenos Aires. I had 50 weeks to figure the rest out.

It wasn't until I landed in Sydney that I realized a year is a long damn time. There was no one to talk to in the shuttle from the airport, no one to help decode the map, no one to tell me their feet hurt and that we should stop walking. Everyone I knew was 10,000 miles away, and for some reason it hit me all at once somewhere near Sydney Harbour.

"Maybe in 50 or 60 years I'm dead," Jens said when we met, on the fourth night of my trip. "At that time I want to say, 'I had a good life.' " Jens was explaining why he quit a Berlin banking job to tool around Australia for a year. In 50 or 60 years, I imagine I'll still be able to recall that night at the hostel in Sydney when I met the strangers with whom I'd spend the next month driving around Australia. The trip's big secret revealed itself pretty quickly: It was only because the lows were so low that the highs were so absurdly high. It was only because we were all so alone that we could bond so instantly.

On most mornings I'd wake up to the sound of someone rustling their things in a nearby bed. Everyone in the dorms was on a different schedule, but it was never a problem. A lifetime's worth of insomnia disappeared on my trip; I wasn't stressed out, and I couldn't turn on the lights anyway. Over breakfast we'd plan our day. The beach, the park, the museum. "We" were whoever happened to have met each other the day before. Someone would suggest something, and the rest would agree.

In September in Madrid, my dorm mate Kalin, a Montanan culinary-school student, was without a passport. It was in his bag, which was stolen over lunch because Madrid is an excellent place to have your bag stolen. We had all met each other just before going to lunch but still felt a traveler's duty to help him out. When we arrived at the American embassy, it was closed for the day, so we assembled a picnic and found our way to a nearby park. By nightfall the jugs of sangria had convinced us to take a dip in the fountain at Plaza de Neptuno. The police put an end to our swim within seconds; the fountain was much better protected than Kalin's bag.

Traveling for a long time has very little in common with taking a vacation. Vacations are all about destinations, but my trip was about people. The places were just backdrops. When everyone asks me now--as everyone does--what my favorite place was, they can't understand that, in a way, it was all the same place. The temperature and language and time zone may have changed, but it was all part of one experience.

In August in Galway, Ireland, I sat alone, editing video on my laptop. Then someone asked if I wanted to get a drink, and then hours later we skipped home on the cobblestoned streets, and then a month later we were living together in the south of France because she had the room and I had the time.

In April in Varanasi, India, the over-night train pulled out of the station as we chained our bags to our bunks. The conductor took our tickets and told us we were on the wrong train. We scrambled for our keys, unfastened the bags, and leapt into the darkness.

In November in Jericoacoara, Brazil, we were out of cash, so we sailed a dune buggy up the empty hills of sand. We crossed a river on a tiny raft and finally came to the nearest ATM, two hours away.

Things always seemed to work out in the end.

For everyone I know who did it for a long time, travel became almost like a dangerous drug. At first it made us feel high in a new and fabulous way, and eventually we came to need it just to feel normal. So for all of us coming home was like coming down.

I returned in December 2005 and burrowed into my childhood bedroom, editing a movie I was unsure anyone would ever see. As the weeks and months passed I felt myself withdrawing from the state of mind captured on all those hours of videotape.

The next time I left the U.S. was in September 2006 to cover a story in Germany for HBO. I was working freelance because I had no desire to get back on the track I'd left. Jens had just returned home to Berlin after 18 months away, and we met at my hotel. "Before I started traveling I had a different life," Jens said. "I had a good life but now I see things so differently. I can't tell you in detail what it is, but I just feel it."

I feel it too.

Brook Silva-Braga's documentary, A Map For Saturday, will soon air as a two-hour special on MTV.