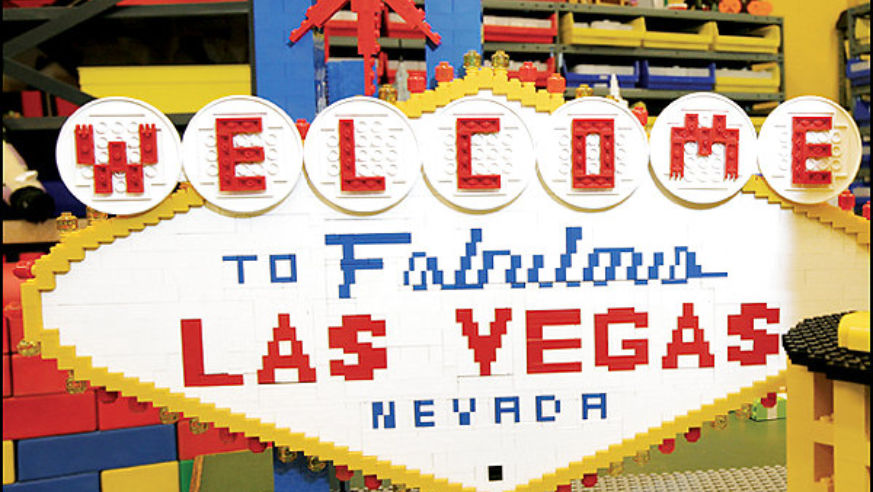 A 4-g dive coaster, a bird's-eye view of the Grand Canyon and a trip into "space" are just some of the thrills.

NOAH'S ARK Kids and adults load animals (adorably handcrafted from bottle caps, mop heads, baseball mitts, and other recycled materials) into an indoor replica of an oversize boat just like the ark in the Bible story. The crew hears a fierce storm brewing, in the form of low-tech instruments: Spinning a bicycle wheel that has bamboo fishing rods attached, for example, produces the whirling sound of wind. Afterward, kids may be able to create their own elephants, giraffes, and zebras. The exhibit opens June 26 at the Skirball Cultural Center, a Jewish institution in Los Angeles. 310/440-4500, skirball.org, $10, kids $5.

GRAND CANYON SKYWALK The transparent, U-shaped pier jutting over the canyon rim at West Eagle Point allows visitors to look beneath their feet to the canyon bottom 4,000 feet directly below. The four-and-a-half-foot sides are also glass, giving 360-degree panoramic views. 877/716-9378, grandcanyonskywalk.com, packages from $75, kids from $57.

GRIFFON The world's tallest dive coaster is the floorless thriller at Busch Gardens Europe in Williamsburg, Va.: Riders--with feet dangling in the air--drop straight down for 205 feet at 75 miles per hour. The adrenaline rush doesn't stop there--the coaster creates a force of 4 g's in two loops and also takes a second plummet of 130 feet. 800/343-7946 buschgardens.com, $55, kids $48.

SHUTTLE LAUNCH EXPERIENCE Starting on May 25, folks going to Orlando's Kennedy Space Center have a chance to feel what astronauts go through on the space shuttle. The new, $60 million Shuttle Launch Experience is a 44-person pod that simulates racing through the atmosphere at 17,500 miles per hour. After a jolt--the shuttle's rocket boosters dropping away--passengers feel weightless for a moment while a green-blue rendition of Earth as seen from space shows on a giant video screen. 321/449-4444, kennedyspacecenter.com, $38, kids $28.

MINILAND LAS VEGAS Built with more than two million Legos, the miniature Sin City at Legoland in Carlsbad, Calif., doesn't miss a detail in its re-creation of The Strip--wedding chapels included. The Lego likenesses of hotels such as the Venetian and the Tropicana are 10 feet high, and the Stratosphere tower--1,149 feet tall in Vegas--reaches 20 feet in Legoland. You can stroll among the structures and inspect the details, which include an exploding volcano in front of the Mirage and a pirate ship outside Treasure Island. 760/918-5346, legoland.com, $57, kids $44.

THE BOARDWALK AT HERSHEY PARK In honor of its centennial celebration, the Pennsylvania theme park is opening a $19.7 million, 4.5 acre addition featuring a wooden boardwalk that connects five water attractions. The centerpiece is The East Coast Waterworks, a complex of bridges, slides, geysers, jets, falls, and 600 other interactive water toys. At Coastline Plunge, kids play in a real-life Chutes and Ladders, while body boarders tumble in the surf at Waverider. 800/437-7439, hersheypa.com, $46, kids $27.