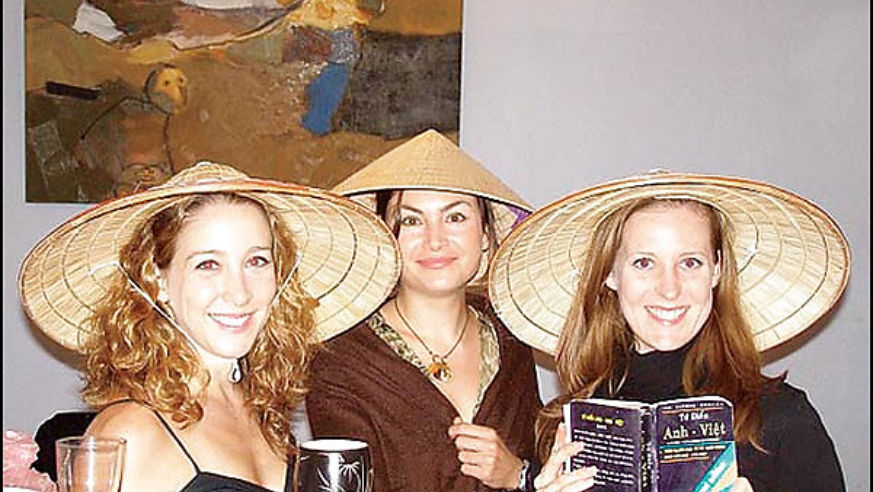 They dropped out to globe-trot for a year. Is it as amazing as it sounds?

Holly Corbett, Jennifer Baggett, and Amanda Pressner--a.k.a. The Lost Girls--left New York City last June for a year-long jaunt around the world. Catch them on the tail end of their trip at their blog, lostgirlsworld.com.

Current location The women are in India, and they're about to hop an overnight train from Bangalore to Trivandrum. Amanda and Jennifer will backpack around while Holly takes a monthlong yoga-instructor course.

How it all started "We were all on vacation together in Buenos Aires, and Amanda suggested the idea after too many Cuba libres," says Holly. Once they crafted a dream itinerary, no one wanted to turn back.

Best moment "Scuba diving for the first time off the coast of Kenya," says Holly. "It was a feeling somewhere between floating and flying." Amanda loved teaching a dance class to preteen girls in Kenya who'd been orphaned by AIDS: "They were so excited to hear Jay-Z and Shakira blaring from my iPod speaker. By the end of the course, even the shy girls were busting a move."

Grossest moment "At one point, we all thought we had an intestinal parasite," explains Jen. "Holly had spotted a red, thread-like worm in the toilet, and we realized it could have come from any one of us. We beelined to the clinic in Mombasa, Kenya, where we all gave, um, samples. Luckily, we all tested negative."

What we miss Holly: "My boyfriend!" Jen: "I wore high heels almost every day in New York City, and I'm in withdrawal." Amanda: "Celebrity magazines. The girls have to forcibly restrain me from spending $15 on a single issue at airport newsstands."

Favorite souvenirs Amanda bought fertility dolls from the Yagua tribe in Peru's Amazon River basin: "They're a gift to my dad for his third marriage. I figured he could use all the help he could get." Jen purchased a red exercise top from the capoeira school in Bahia, Brazil, where all three trained. "Of course, what I really wanted was a sexy capoeira instructor."

Has it been life-changing? "After watching The Flame Trees of Thika when I was a child," says Jen, "I vowed that I'd volunteer in Kenya someday. And I did, through Village Volunteers. We had such a powerful experience that we plan to create a nonprofit foundation to benefit women and girls around the globe."