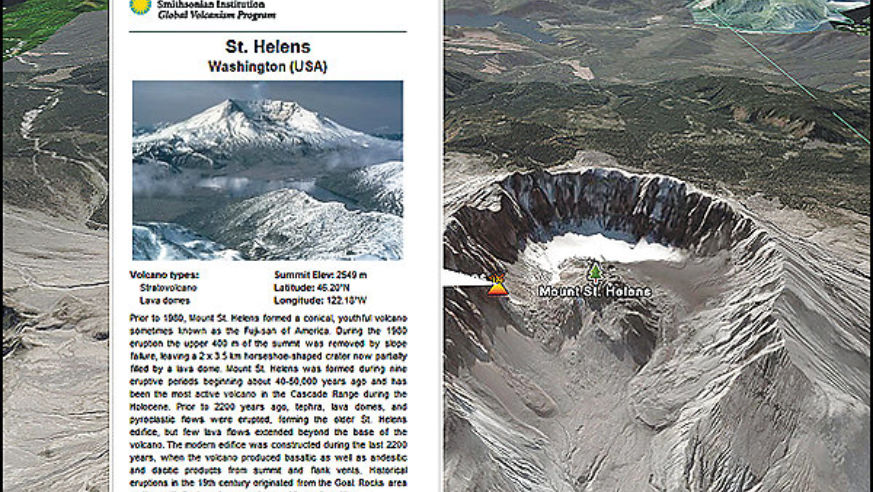 Google Earth is turning into one heck of a travel tool (and it's a blast to play with).

When Google Earth launched in 2005, everyone who downloaded the free software was jazzed by the 3-D images that they could zoom in on and view from various angles. That was just the beginning. The Layers toolbar is always evolving and adding new content: Click on Transportation, for instance, and subway stops, bus routes, and gas stations appear on the satellite image. Anyone can create a layer, and layers can be viewed in any number of combinations. These are just a few examples . . . .

Neighborhood Overview
Select the Lodging layer, and bed icons appear at hotel locations. Under Dining, you can find restaurants (shown as a knife and fork), coffee shops (a steaming mug), and bars (a martini glass)--or all of the above. Click on an icon for the name, address, and phone number. Photos submitted by people from all over the world are noted by circular white icons with blue crosses.

Historical Maps
Under Featured Content, select Rumsey Historical Maps for visions of Paris in 1716, Tokyo in 1680, San Francisco in 1853, or 1836-era New York City. The image next to it is also midtown Manhattan's east side, but it's the modern city; history buffs will love comparing old and new. The present-day view also includes a 3-D Buildings layer, in which skyscrapers are represented in geometric form.

Helpful Park Info
There are plenty of layers for outdoors lovers: Parks and golf courses appear as icons of a green tree and a golfer, respectively, under the Parks and Recreation Areas layer. Some national parks have enhanced features: At Yosemite, icons note campsites and picnic areas. Hiking trails appear in red; with the 3-D Terrain layer, you get an idea of how steep a path is and what kind of views you'll see on the way.

Tracking Flights
To find a layer not in the toolbar--they're not all there--do a Google search: Type "Google Earth" and a topic. A search on "Google Earth flight tracking" found a layer from aviation specialist fboweb.com, above, that tracks flights live.

Landscapes in 3-D
To explore natural wonders in 3-D, choose Terrain. Though this shot of Washington State's Mount St. Helens is excellent, images are of varying quality--some parts of the world are downright blurry. Layers such as Wikipedia entries or Discovery Network videos offer context. The Smithsonian Institution created a layer about volcanoes.

Restaurant Reviews
Five-pointed red icons represent restaurants and other businesses reviewed and rated via Internet submissions to yelp.com. Always double-check addresses: It's not unusual for an icon to appear blocks away from where the building actually is--like the Saigon Restaurant in Seattle, which seems to be in the middle of an intersection.

Downloading Google Earth
The software generally works only on computers bought in the last few years. At earth.google.com, click on Downloads and follow the directions. It's easy and takes just a few minutes. A version is available for Macs.