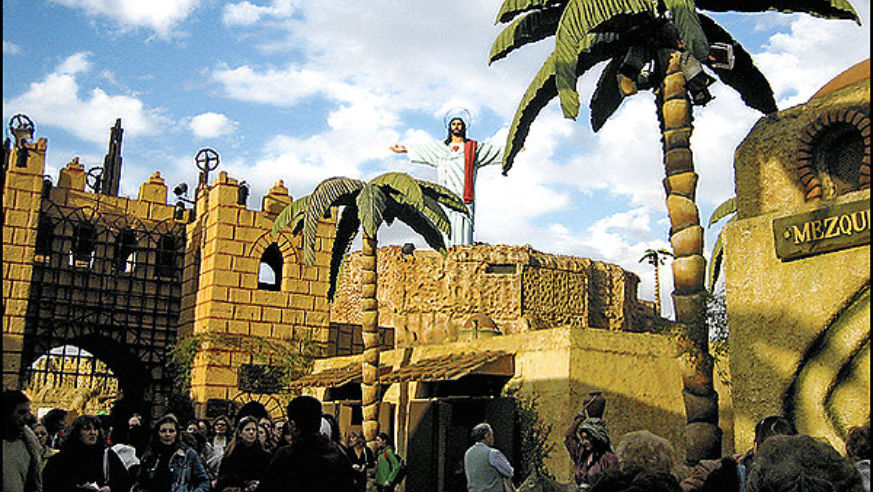 New Prize: Thailand Adventure
The best response Budget Travel receives between May 1 and May 31, 2007, wins a nine-day Northern Thailand Discovery tour for two; the winner will marvel at the glorious nature, discover ancient ruins, and wander amid sacred temples. Courtesy of G.A.P Adventures, the prize includes guides, lodging, and food (but not international airfare, local payment, or any personal expenses). Tour begins and ends in Bangkok. Trip must be booked by December 31, 2007. For more on G.A.P Adventures: gapadventures.com.

The prize has an estimated retail value of $740 and is valid from June 19, 2007, to May 31, 2008. Taxes are the sole responsibility of the winner. Blackout dates may apply. The prize is subject to availability, nontransferable, and nonnegotiable. No purchase necessary. Void where prohibited. Only one prize will be awarded, and your chances of winning depend on how many entries we receive and whether yours is the best. Open to residents of the 50 United States and its territories, except Arizona.

Winner!
This month's winner is Caroline Friesen of Seattle, Wash. Her prize: A four-night trip to Singapore and Malaysia, courtesy of Sayang Holidays.

Last summer my friend and I traveled through South America for two months. Our Buenos Aires guidebook recommended Tierra Santa, a religious theme park that resembles Jerusalem. All we knew was that highlights were said to include a laser-light show of the creation story. Upon entering the park, we heard a voice over the loudspeaker: "We regret to inform you that Christ will not be resurrected due to high winds. We will resume the resurrection as soon as possible." Twenty minutes later the winds died down, and sure enough, an eight-foot-tall Jesus emerged from the mountain in the center of the park. "Ave Maria" played over the loudspeaker, and everyone stopped to watch the spectacle.

Try Beating 'em With the Mat
During a monthlong biking trip, my husband and I were pedaling through a Moroccan village when 30 or so kids began trailing me. Children had stolen from our saddlebags in the past, so I chanted a yoga mantra, hoping it'd scare them off. Instead, they copied the chant--and I had an entourage of disciples in my wake. Susan Selenow, Buena Vista, Colo.

Foxy, Meet Frisky
My wife and I were celebrating our first wedding anniversary at Foxy's Bar in Jost Van Dyke, British Virgin Islands. We had earlier purchased an infant-size T-shirt as a gift for our soon-to-be-born grandchild, and we thought it would be even more special with an autograph from Foxy, who is a charismatic singer and storyteller. As he started to sign, I spontaneously said, "It's for our baby." He gave my wife a somewhat quizzical look, no doubt because we belong to the social-security generation. "We're still trying," I explained. After a good laugh, he scrawled, "Keep trying, Foxy '06" on the shirt. Gene Funkhouser, Carpinteria, Calif.

You Can't Get That at the Mall
I was pumped to shop for counterfeit handbags in New York's Chinatown, and even though my husband hates to shop, I was glad to have him along. Just as I had heard would happen, a man discreetly said, "Louis Vuitton," so we followed him down a long alley to an unmarked building and up four dark flights of stairs. We passed through a metal door and my heart was racing--I was scared to death! We passed through a sweatshop with about 50 women sewing. Then we entered another room, where there were purses galore. I was in heaven. Suddenly there was a loud bang. We were told to sit on the floor and to stay quiet. It was the police! The lady showing us the purses locked us in a tiny room with no windows for 30 minutes. My husband was not amused, to say the least--I was getting looks from him that I'd never seen before. Finally, the police opened the door, and, after much questioning, we were let go. I'm pretty sure my husband will never shop with me again. Tammy VosWinkel, Abilene, Tex.

All We Can Say Is, at Least It Wasn't "The Thong Song"
I was studying in Brisbane, Australia, when I went to a bar called Tinbilly Travellers with a group of Aussies. One of the girls asked me to request a song, so I happily obliged. When the song started playing, I was surprised to find myself surrounded by men dropping their pants and dancing! Afterward, I found out that the song was universally understood by male university students as a cue to dance pantless. Emily R. Crouse, Athens, Ohio

You can find more True Stories in the May 2007 issue of Budget Travel magazine.