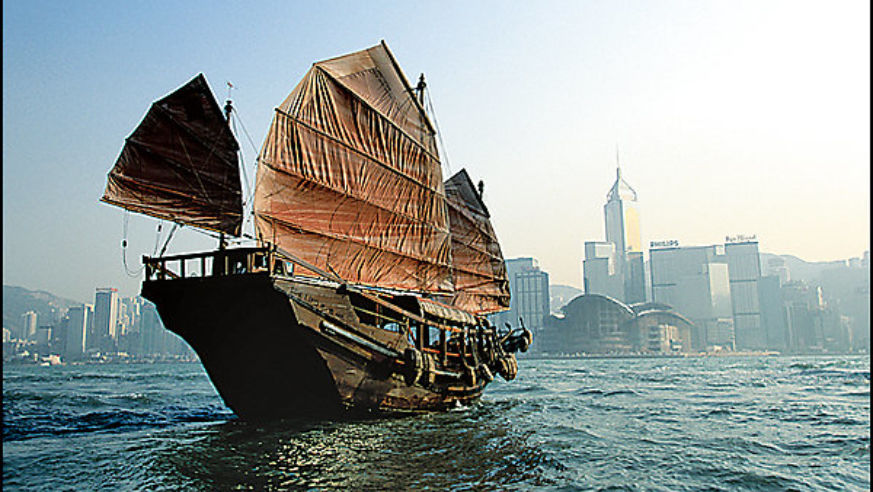 During a once-in-a-lifetime trip to Asia, a couple wants to see Disneyland and enjoy a relaxing weekend nearby.

Who's Traveling
Greg Marker and Candace Pinaud of Ypsilanti, Mich. Greg, a civil engineer, met Candace, a mortgage lender, four years ago while working on water and paving projects in the subdivision where she owns a home. "A local politician and friend introduced us, and we've been together ever since," says Greg. The couple now lives together and spends as much free time as possible renovating the house. "We're salvagers and scavengers by nature," says Greg. "We've performed the majority of work ourselves." Candace has been busy in recent months opening her own office in the Depot Town section of Ypsilanti. "There's lots going on!" she says.

Where They're Going
"On the way home from Jamaica in February, I pointed to a picture of Fiji in the in-flight magazine and told Greg that we might as well write off ever visiting that side of the world, because it's just too expensive and we don't know anyone who lives there," Candace wrote to Budget Travel in early March. "Two weeks later to the day, Greg's sister, Emily, announced that her company was sending her to Hong Kong for six months and that she'd pay for our plane tickets if we wanted to come see her." Greg and Candace jumped at the chance and booked a 10-day trip for late March. They plan to stay with Emily at her apartment in Hong Kong's Financial District. Candace has been doing research on fun things to do. "We've borrowed videos, guidebooks, and novels from the library," she says. "I'm beside myself with excitement."

How Can We Help?
Cash or charge? Candace has a number of general questions about money, including where best to convert U.S. dollars to Hong Kong dollars. "I assume we'll need cash for buying trinkets." The couple would like to avoid using credit cards as much as possible.

Modern marvels: As an engineer, Greg is interested in seeing exactly how a city the size of Hong Kong works. "The tunnels and underground systems intrigue me," he says.

Eating out: "Candace and I both enjoy good food and drink--the spicier, the better," says Greg. He also wants to know where to stock up for day trips. "Carrying food with me gives me the freedom to do what I like without worrying about my next meal."

Dizzy for Disney: Over the years, the couple has made many trips to Walt Disney World. "It's one of Candace's all-time favorite places," says Greg, adding that she often goes by Tink, short for Tinker Bell. "So Hong Kong Disneyland is definitely on our list. We're curious how it compares to its U.S. counterparts."

Beyond H.K.: "Greg, Emily, and I are thinking about a relaxing weekend somewhere nearby," says Candace. "Where should we go?"

Here's Our Advice
Hit the Ground Running
Three stops inside Hong Kong International Airport will get a trip started on the right foot: 1. The Tourism Board's information desk at the end of the ramp that leads to baggage claim, to pick up a map and register for a free harbor tour on a junk. (More info can be found at discoverhongkong.com.) 2. An ATM. There are ones outside customs operated by Citibank and HSBC. 3. The Airport Express desk, to buy a ticket for the 24-minute train ride into Central, as Hong Kongers call the Financial District. It's part of the highly efficient Mass Transit Railway, or MTR, the city's subway system (mtr.com.hk, $13).

Sushi, Dim Sum, and...Kebabs?
City'Super, Hong Kong's best gourmet market, is across the street from the MTR station in Central, on the second floor of the International Finance Center, near Emily's apartment (011-852/2234-2888). Asian noodle salads, sushi, and sandwiches prepared to order make it the perfect place to buy picnic supplies.

Hong Kongers love dim sum and eat it for breakfast or lunch. There are three Cantonese restaurants on the 10th floor of the Times Square shopping mall that have excellent menus--with specialties such as cha siu bao (barbecued pork buns) and woo gok (fried taro balls)--for about $20 per person. Greg and Candace can get there by taking the MTR three stops from Central station to Causeway Bay (60¢).

For a change of pace, they should head to the lively expat neighborhood of Lan Kwai Fong, a short walk uphill from Central station (lankwaifong.com). Restaurants serve everything from Mexican to Italian to Indian. At Beirut, for example, customers share plates of Lebanese lamb kebabs, hummus, and tabbouleh, getting up occasionally to dance between the tables. A meal costs around $45 per person, and that includes a shot of arak, a potent aniseed-flavored liqueur (27 D'Aguilar St., 011-852/2804-6611).

Shop Till You Drop
Hong Kong is a shopper's delight, from the many megamalls to the designer boutiques in Central. Greg and Candace are particularly interested in street vendors. Stanley Market is the place for silks, paintings, and toys (weekdays 9 A.M.. to 6 P.M..; the 6, 6A, 6X, 66, and 260 buses go from Central to Stanley Plaza, $1); the Jade Market in Kowloon is great for figurines (daily 10 A.M.. to 5 P.M..; take the MTR to Yau Ma Tei stop and look for exit C, $1.50).

A Day Trip Fit for an Engineer
On Sundays and holidays, bus 309 winds its way up and over hilly Hong Kong Island to the beach town of Shek O (one hour, $1.50). From the double-decker bus, passengers can marvel at the thousands of cement retaining walls and the intricate storm-water drainage systems that protect the island against both landslides and floods. Shek O's beachfront restaurants serve locally caught seafood like grilled prawns and tilapia from about $10.

Magic Middle Kingdom
Hong Kong Disneyland, which opened in 2005 on green and hilly Lantau Island, is the smallest of Disney's parks. It has all the attractions one would expect, like Space Mountain and Main Street, U.S.A. In fact, apart from a few Chinese items in the gift shops and concession stands that serve dim sum, congee, and other regional specialties, Hong Kong's park is a near replica of Disney parks around the world. A day pass starts at $41, and getting there on the MTR takes about a half hour and costs $3. The train runs aboveground for much of the trip, offering pretty views of the South China Sea and the surrounding islands.

The Great Weekend Escape
Forty miles west of Hong Kong, across the Pearl River Delta, the 11-square-mile city of Macau mixes colonial architecture (a legacy of 450 years of Portuguese rule that ended in 1999 when the territory was returned to China) and Chinese modernity (including a collection of the flashiest casinos outside of Vegas). To get there, the couple will pay $18 for the hour-long hydrofoil ride from the Ferry Terminal near Central. The Pousada de Mong-Ha is a whitewashed B&B on a hill overlooking Macau's harbor (011-853/2851-5222, ift.edu.mo/pousada, from $80). The 20-room inn is part of a hospitality and cooking school, and guests can sign up for a seven-course tasting dinner served by the students ($60 for two). For a more casual, beachfront meal of chorizo, barbecued seafood, and sangria, there's Fernando's, a Macau institution on Hac Sa Beach about 30 minutes outside central Macau (Praia de Hac Sa 9, 011-853/2888-2531, taxi $13, entrées from $8).

How Can We Help You?
If you'd like to be coached by us, send an e-mail to Letters@BudgetTravelOnline.com.