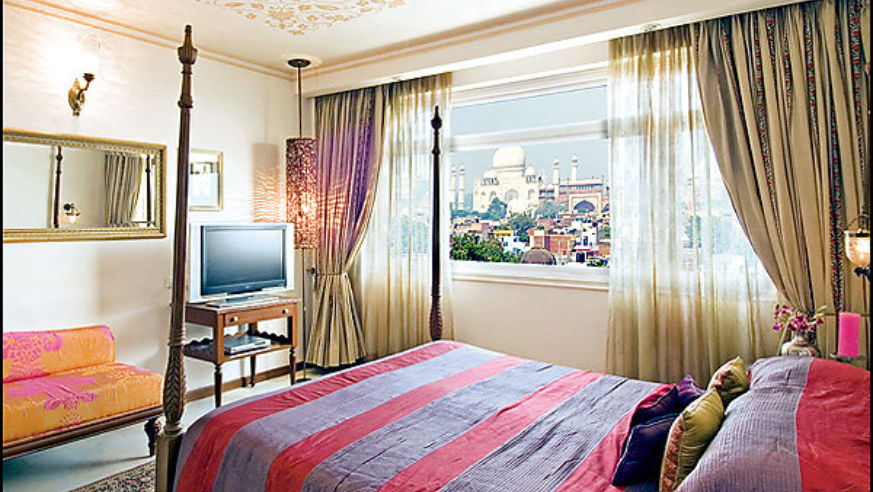 Many Americans don't realize that there's a world of reliable hotel chains beyond Marriott and Motel 6.

The sample rates are for a double room on a weekday this month.

Etap Hotel
Properties: 370 low-budget locations in 11 countries--standard rooms contain a double bed, a bunk, and a bathroom. Based in France. Sample rate: $59, at the Etap Hotel Nice Palais Nikaïa in France. etaphotel.com

Husa Hoteles
Properties: More than 160 properties that run the gamut from remote resorts to inexpensive city hotels, in countries like Spain, Belgium, France, Argentina, and Egypt. Based in Spain. Sample rate: $88, at the Husa Arcipreste de Hita in Madrid. husa.es

Ibis Hotels
Properties: 800 mid-level hotels, with 24/7 reception and other services, in 38 countries. Based in France. Sample rate: $94, at the Ibis Warszawa Centrum in Poland. ibishotel.com

Mercure
Properties: 762 properties that are spread around the world (52 countries) and vary widely--some are stylish and chic, while others are more motel-like. Based in France. Sample rate: $145, at Mercure Sydney. mercure.com

Novotel
Properties: 397 large hotels with restaurants and lounges, in 54 countries. Based in France. Sample rate: $79, at the Novotel Xin Qiao Beijing in China. novotel.com

Pestana Hotels & Resorts
Properties: 38 properties that include beachfront high-rises and spa resorts, with a variety of room sizes and styles--many equipped with kitchens--in Portugal, Brazil, Mozambique, South Africa, Cape Verde, and São Tomé and Principe. Based in Portugal. Sample rate: $94, at the Pestana Atalaia, in Madeira, Portugal. pestana.com

Sol Meliã
Properties: 318 properties in 30 countries operating under six brands that include Sol Hotels, which are typically near a beach and have kid-friendly restaurants; Tryp Hotels, which also target families but are more likely to be in cities; and the new boutique-style ME by Meliã. Based in Spain. Sample rate: $64, at Tryp Burlada in Pamplona, Spain. solmelia.com

Taj Hotels Resorts and Palaces
Properties: 77 mostly high-end hotels with Western-style amenities in India, as well as in other parts of Asia, the U.K., the U.S., Africa, the Middle East, and Australia. Based in India. Sample rate: $90, at the Taj View Hotel, in Agra, India. tajhotels.com

Dusit Hotels & Resorts
Properties: 18 properties with gourmet restaurants (some with poolside chalets) in Thailand, the Philippines, Myanmar, and the United Arab Emirates. Based in Thailand. Sample rate: $110, at the D2hotel Chiang Mai in Thailand. dusit.com

Dedeman Hotels & Resorts International
Properties: 17 locations that tend to be either chic and modern (in big cities) or traditional (in resort areas), primarily in Turkey, northern Cyprus, Eastern Europe, and Uzbekistan. Based in Turkey. Sample rate: $130, at the Hotel Dedeman Istanbul. dedemanhotels.com

Grecotel
Properties: 20 luxury properties with spas, infinity pools, and other high-end amenities in the resort areas of Greece. Sample rate: $300, at the Grecotel Eva Palace in Corfu. grecotel.com

InterCityHotel
Properties: 28 mid-level hotels in Germany and Austria, often located near train stations and airports. Based in Germany. Sample rate: $170, at the InterCityHotel Berlin. intercityhotel.com

JJW Hotels & Resorts
Properties: 40 properties, mostly located in France, including the JJW Luxury Collection at the high end, Stars Hotels at the low, and the Median brand--no surprise--in the middle. Based in the U.K. Sample rate: $81, at the Median Lyon. jjwhotels.com

New Hotel
Properties: 13 small hotels in France and one in Brussels. Sample rate: $123, at the New Hotel La Baume in Nímes. new-hotel.com

Omena Hotels
Properties: Five automated hotels in Finland; guests check themselves in with a preset door code and contact housekeeping through interactive TVs. Sample rate: $49, at the Omena Hotel Eerikinkatu in Helsinki. omena.com

Premier Travel Inn
Properties: 480 mid-level U.K. locations with a king- or queen-size bed in every room; kids under 16 stay free and get breakfast free. Sample rate: $135, at the Oxford Premier Travel Inn. premiertravelinn.com

Sorat Hotels
Properties: 17 German hotels converted from, among other things, a grain silo, a blacksmith's shop, and a medieval inn. Sample rate: $123, at the Sorat Hotel Görlitz. sorat-hotels.com

Thon Hotels
Properties: 54 sleek, simple, ecofriendly hotels in Norway, Belgium, and the Netherlands. Based in Norway. Sample rate: $137, at the Thon Hotel Astoria in Oslo. thonhotels.com

SUB-SAHARAN AFRICA
City Lodge Hotels
Properties: 40 properties, all in South Africa. The company's Courtyard brand is at the high end of the spectrum, its motel-like Road Lodge is at the lower end, and City Lodge and Town Lodge are situated in between. Sample rate: $48, at the Road Lodge Durban. citylodge.co.za

Protea Hotels
Properties: 113 properties, mostly in South Africa with a few in Tanzania, Nigeria, Namibia, Zimbabwe, and even the U.K. Hotels range from mid-level city properties to deluxe safari lodges. Based in South Africa. Sample rate: $154, at the Protea Hotel Aishi Machame, near Mount Kilimanjaro, in Tanzania. proteahotels.com