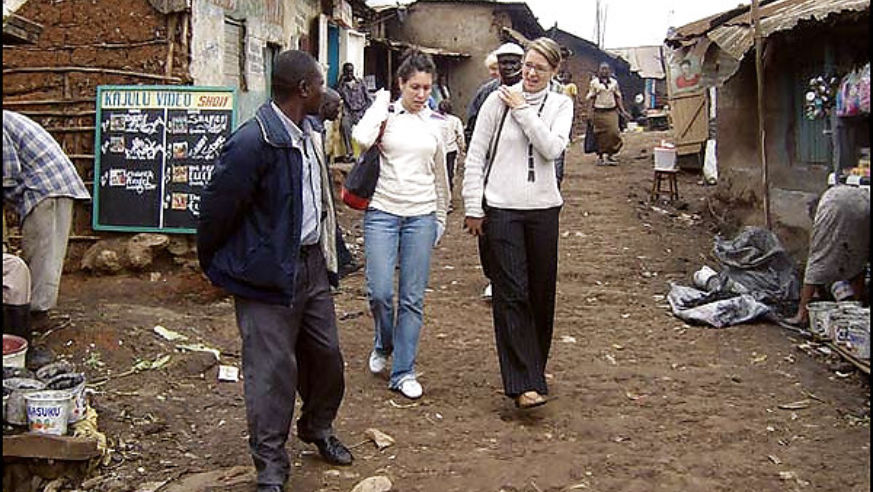 Poverty-tour guides explain the relatively new concept&#151;and show how to find an excursion that's right for you.

While the critics of so-called "poverty tourism" say that it exploits people, turning neighborhoods into zoos, the tours' organizers argue that it can raise awareness about poverty, fight stereotypes, and bring money into areas that don't benefit from tourism.

"Fifty-five percent of people in Mumbai live in slums," says Chris Way, whose Reality Tours and Travel runs tours of the city's Dharavi district, one of India's biggest slums. "Through the tours you connect and realize that these people are the same as us."

Good intentions aren't always enough, however, and these excursions should be approached with sensitivity. Here are the questions you should ask an operator.

1. Does the tour organizer have ties to the community? Find out how long the operator has been running tours in the area and whether your guide is from there--these factors often determine the level of interaction you'll have with residents. You should also ask how much of the proceeds goes to people in the community. Some companies donate as much as 80 percent of their profits, while others give less. Krista Larson, an American tourist who visited the Soweto township outside Johannesburg, South Africa, says she chose Imbizo Tours because it's run by people who live in Soweto and it makes donations to local charities. You can research companies by talking with other travelers, at your hotel or online, about whether their tours were conducted respectfully. Search blogs or post a question in a travel forum--bootsnall.com and travelblog.org are good choices.

2. What should I expect to see? You may have an abstract idea of what extreme poverty entails, but when you're surrounded by it--not just the sights, but also the sounds and smells--it can be fairly overwhelming. Ask your guide what has tended to shock people before, so you can better prepare yourself. "Expect to jump over open sewage lines and heaps of rubbish, and to see crowded schools, with more than 50 kids in each room," says James Asudi of Victoria Safaris, which leads tours of the Kibera slum in Nairobi, Kenya. People are often surprised to find a community that functions despite its hardships, says Marcelo Armstrong, who runs Favela Tour in Rio de Janeiro, Brazil: "They don't think they'll see so much commerce and vibrancy."

3. Will I feel welcome? Responsible operators won't bring people to communities where they're not wanted. "My first concern was having the approval of the locals," says Armstrong. "People are very enthusiastic because of the opportunity to change the stigmas about favelas. They're happy that someone is interested in this little place that's forgotten by Brazilian society." Larson, the American tourist, also received a positive response from residents on her tour of Soweto. "The people we met seemed glad to have the tourists there," she says.

4. Will I be safe? The fact that crime is prevalent in many slums doesn't necessarily mean you'll be a victim. It certainly helps that you'll be in a group, and you should take the same kinds of precautions you would elsewhere, such as keeping your possessions close to you and not wearing expensive clothes or jewelry. Many tour companies don't employ security guards, saying the areas they visit are safe. Victoria Safaris hires plainclothes policemen to trail tourists in Kibera at a distance--mainly as a crime deterrent, but also to create jobs. In Rio's favelas, security is largely maintained by the drug dealers who control the neighborhoods. "The truth is that drug dealers make the peace," says Armstrong. "Peace means no robbery, and that law is very well respected."

5. Will I be able to interact with locals? The best way to avoid having the experience feel like you're at a zoo is to talk with people and try to form a personal connection. Many tours take you to community centers and schools, and some include visits to a church or a bar. For those who want to immerse themselves in the Kibera community, Victoria Safaris will arrange for an overnight stay. Vineyard Ministries, a Christian group in Mazatlán, Mexico, runs a free tour in which tourists bring sandwiches to people scavenging at a local garbage dump.

6. Should I bring my kids? A poverty tour can be an educational experience for children--if they're prepared for what they'll encounter. Jenny Housdon, who runs Nomvuyo's Tours in Cape Town, South Africa, says most kids adapt well to the surroundings and play with local kids, despite the language barrier. "Some of the local children can speak a bit of English and like to practice," Housdon says.

7. May I take pictures? Many tours prohibit photography to minimize the intrusion into residents' lives. If you're with an outfit that does allow pictures, always ask people's permission first. And think about buying a disposable camera instead of bringing a flashy $1,000 camera with a six-inch lens.

8. Are there things that I shouldn't do? Handouts are usually forbidden, whether they be money, trinkets, or sweets, because they create chaos and quickly establish the assumption that tourists equal gifts. You should also respect people's privacy, which means no peeking through windows or doors.

9. How can I help the people I meet? Contributions of clothing, toys, books, and other household items are often accepted before the tour, so you don't have to worry about carrying or distributing them. Some companies will hold the items you bring until after the tour, when you can personally donate them to the school or community organization of your choice.

10. Do I have to go with a tour group? Travelers who dislike organized tours might want to make an exception in this case. If you go on your own, not only will you be less safe, but you may find it hard to navigate in neighborhoods that aren't very well marked. And you'll miss out on learning about daily life if you're not with a knowledgeable guide--especially since most guidebooks tend to act as if these neighborhoods don't exist.