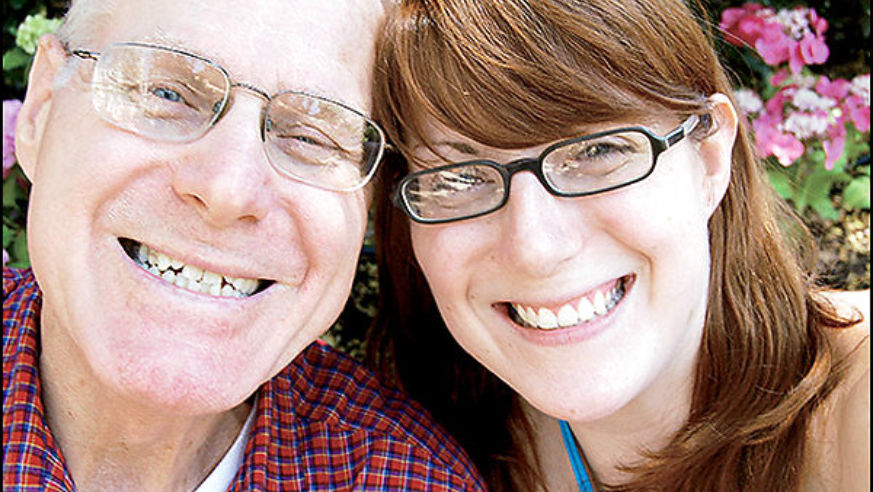 A father and daughter set off to see Croatia, where he grew up. Tag along as they tour the Adriatic Coast with stops for seafood and shopping.

Interested in getting coached? E-mail us your questions—seriously, the more the better—to Letters@BudgetTravel.com.

Want advice? Log on for our weekly Online Trip Coach chats, Tuesdays at noon (ET), and let our experts answer your questions. Click here to submit questions and browse our archived chat transcripts.

DEAR TRIP COACH...
My dad grew up in an orphanage in Croatia and moved to the States in 1960. He has only gone back once, and I've never been, so we're planning a trip. We're going to divide our time between towns along the coast and some islands. Antonia Abram, New York, N.Y.

FIRE AWAY!
What's the best way to get around?
Since you'll be visiting some islands, don't rent a car—taking it aboard a ferry is too pricey. Take town buses on the mainland and ferries to the islands. The national ferry company, Jadrolinija, runs boats from the Croatian coast to most of the country's inhabited islands (jadrolinija.hr).

We're kicking off the trip in Opatija. What should we do there?
Austrians began flocking to this seaside town in the 19th century to be rejuvenated by its calm waters and mild climate. Today, people go for the very same reason. The scenery is the star here, and the best way to see it is to stroll along the Lungomare, a promenade that hugs the coast for seven and a half miles. The mountains dip down to the waterfront in a series of foothills. Don't bother with Opatija's town beach—it's little more than a concrete platform where you can rent umbrellas and chairs. Instead, go for a dip in one of the dozens of coves you'll pass along the Lungomare.

Any restaurant recommendations?
If you follow the Lungomare to the north end, you'll reach Volosko, a tiny fishing village that's home to Plavi Podrum. Don't let the remote location fool you—the food here is as sophisticated as anything you'd find in a major city. Case in point: the raw tuna with black-truffle cream on squid-ink toast. The prices are higher than at most restaurants in Croatia, but if you can splurge anywhere, do it here (Obala F. Supila 12, 011-385/51-701-223, four-course dinner $63).

Where can we see ruins in Split?
Head straight to the Palace of Diocletian, a fortified residence that was built in the late 3rd and early 4th centuries by the Roman emperor Diocletian. Within the restored walls lies a warren of little streets, which emerged when medieval residents made the palace their home. Enter the palace from Split's seaside promenade and wander among the stalls where local artisans sell jewelry, ceramics, and embroidered linens. From there, climb the stone stairs to the peristyle, once the imperial square. Amid the café tables, you'll see giant granite columns, massive stones, and an Egyptian sphinx. On one side of the court is the Cathedral of St. Domnius, which has a treasure trove of sculptures and medieval paintings. On the other side lies the Temple of Jupiter, guarded by the sphinx. Before leaving the palace, be sure to check out the drawings, furniture, and weaponry at the City Museum of Split (Papaliceva 1, 011-385/21-360-171, $2).

Is it possible to take a day trip to Hvar from Split?
Getting to Hvar will take you two hours, so you'll probably want to stay overnight. Take a ferry to Stari Grad on Hvar island ($9), and then take a bus from the port to the town of Hvar ($5). The impeccably preserved Old Town resembles a film set—which may explain why it has become such a trendy destination for celebrities with yachts. After a walk through the old streets, head over to the Franciscan monastery and museum at the eastern end of the harbor (011-385/21-741-193, $3). If you're feeling energetic, follow one of the paths that wind up from the northern side of the harbor to Spanjola, the medieval citadel. The views are fantastic.
You can also get on one of the small boats at Hvar harbor and head to the Pakleni islands, where you can swim and picnic. Fontana Tours offers water taxis and day trips to the islands (011-385/21-742-133, happyhvar.com, taxis from $6 per person, day trips from $29).

We were referred to a local woman who rents out an apartment in her Dubrovnik home. Do you recommend staying there?
This kind of arrangement isn't uncommon in Croatia—or the rest of Central Europe, for that matter. If this rental doesn't work out, but you're still interested in staying in a private home, Adriatica.net rents apartments on the coast (from $44), and Apartments van Bloemen, just inside the city walls, rents colorful flats decorated with quilts made by the owner's mother (Bandureva 1, 011-385/20-323-433, karmendu.com, from $106).

What's the best way to get a sense of Dubrovnik's history?
Start with a mile-long walk on top of the thick walls that enclose the city. With the blue sea on one side and the red-roofed buildings on the other, you'll get a look at the towers and forts that have protected the "pearl of the Adriatic" for 800 years. There are entrances to the walls at Pile Gate, St. John's Fort, or St. Luke's Tower ($10). To see what they've been protecting, visit the city's museums and monasteries. The Rector's Palace, which served as the city's seat of government for centuries, has a museum full of artifacts (Pred Dvorom 3, 011-385/20-321-497, $7). At the Franciscan Monastery, go through the Romanesque cloisters to the pharmacy, which has been in business since 1317 (Placa, 011-385/20-321-410, $5). The Dominican Monastery and Museum, in the northeastern corner of the Old Town, has paintings from the 15th and 16th centuries, when the city was at the height of its power and influence (Sveti Dominika, 011-385/20-321-423, $4).
And then there are the churches. St. Blaise's Church, on Luza Square, is named after Dubrovnik's patron saint, who is said to protect the city. The church steps are a gathering spot for local celebrations—the most important being the Feast of St. Blaise, held every February. A few steps away is Dubrovnik Cathedral, which has a treasury glowing with gold and silver. Walk the Stradun, the street that bisects the Old Town, to see the Sponza Palace, which once served as the mint, as well as Onofrio's Fountains, built in the 15th century.

How should we spend our time on Korcula?
The stone walls make this island seem like a mini Dubrovnik. Once, Korcula was known for its stone masons, who carved beautiful ornamentation onto the façades of the buildings. In the Old Town, go to St. Mark's Cathedral to marvel at the altarpiece painting of three saints by Tintoretto (Trg Sv Marka 1, $4). At the Town Museum, you'll get a nice introduction to Korcula's history (Trg Sv Marka 2, 011-385/20-711-420, $3).

Unasked-for advice Dubrovnik is a popular cruise port, and you don't want to get caught in the crush of visitors. The port authority publishes a schedule at luckauprava.no-ip.biz/publicreports. If possible, arrange your sightseeing accordingly.