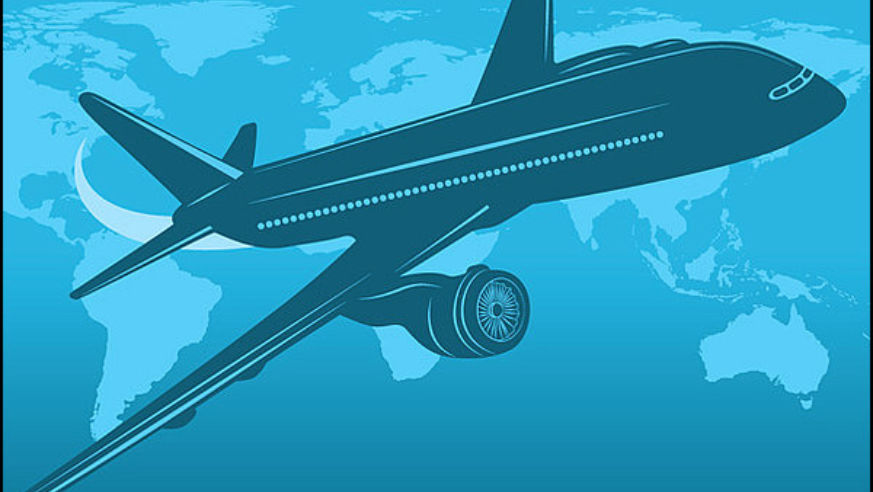 We asked a half-dozen insiders to expose little-known facts the airline industry would rather you didn't think about. They shared some pretty eye-opening stuff.

1. "Airport luggage scales often lie." It's bad enough that the airlines charge a fee for overweight luggage, varying from $39 to $300 per bag industrywide. But it's galling that they may also hit you with the fee by mistake. At JFK last November, New York City's Department of Consumer Affairs found that 14 percent of the airport's scales were not properly calibrated. At Boston's Logan airport, 10 percent of the scales recently inspected gave incorrect readings. The South Florida Sun–Sentinel has discovered numerous busted scales at area airports. And the list goes on. What to do? Stand up for yourself, especially when a scale barely tips the balance into the "overweight" category. Brandon Macsata, executive editor of the D.C.-based lobbying group Association for Airline Passenger Rights advises passengers to weigh their bags at home first, and if the airport scale comes up with a different number, insist that your bags be weighed on a different scale. Yes, it's come to that.

2. "Our air may make you sick." The Federal Aviation Administration is investigating whether potentially harmful fumes have been circulating in airplane cabins. Between 1999 and 2008, air became contaminated on 926 flights, reports the FAA, without specifying any possible health risks. Currently, the agency is looking at a particular type of "fume event" that involves "bleed air," or air that's been compressed by the airplane's engines. If there's a malfunction in plane equipment, the air that's fed into the cabin can be contaminated with chemical residues from engine oil—specifically TCP, or tricresyl phosphate. "Passengers may have symptoms like tremors," says Clement Furlong, a research professor of genome sciences and medicine at the University of Washington. So far, federal reviews of the research have been inconclusive about whether bleed air actually endangers the health of passengers and flight crews, though two civil lawsuits about fume events are under way.

3. "That nonstop flight you booked? We can add a layover to it—without explanation." Think you scored a sweet fare on that transcontinental flight? Think again. You may be making a previously unscheduled layover. Airlines can cancel your nonstop and rebook passengers onto flights with connections, which are obviously less desirable. Advises Brett Snyder, author of The Cranky Flier and a former pricing analyst at America West: As soon as you find out that your nonstop flight has been canceled, check to see if there's another nonstop option. If there is, call the airline and ask—nicely—to be put on it. But if nonstop service on the route has disappeared, threaten to switch to another carrier for the trip. Major airlines will typically agree to refund your money without any fees if you refuse to accept a new, multistop flight that will arrive at your destination more than two hours later than you were originally scheduled.

4. "We wouldn't tell you right away if there's an emergency." The FAA leaves it up to the airline to decide if it wants to tell passengers about an engine failure or other significant crisis. And many flight crews opt to keep their lips sealed. The reason? Flight crews don't want to scare passengers or say something they'll regret later. "In one recent emergency, the cockpit crew was faulted for making a public announcement before some of the required procedures were accomplished," explains Kent Wien, a pilot for a U.S. carrier. So attendants tend to err on the side of being secretive to avoid trouble. Last June, passengers traveling from Brussels to Newark on Continental Airlines were not informed when the captain died during the flight. The plane continued along its scheduled route with nary a peep from the rest of the crew, beyond a cryptic question: "Is there a doctor on board?"

5. "When we let you pick your seat assignment, we were only joking." As the airlines decrease the number of seats they fly in an attempt to eke out a profit, they're swapping out larger planes for smaller ones more often. Whenever fliers are put on a new plane, seat assignments are scrambled. A traveler may end up in a middle seat he or she would never have selected. If it happens to you, there's not much you can do—airlines aren't obligated to honor any seat assignment. "Passengers are actually purchasing a fare and not a seat," says Macsata of the Association for Airline Passenger Rights. Checking in online 24 hours prior to departure is often the best you can do to boost your chances of getting the seat assignment you want. Print your boarding pass with your seat assignment on it before you get to the airport as proof in case you need to argue with a gate agent over a last-minute switcheroo.

6."Our planes are antiques." Compared to the rest of the world, we're flying the airplane equivalent of grandma's Cutlass Supreme—except Uncle Sam isn't interested in paying cash for these clunkers. American owns 268 MD-80 class airplanes, with an average age of 18 years old. Meanwhile, thanks to a geriatric fleet of DC-9s, Delta and Northwest's average fleet age is 13 years old. In contrast, Emirates has an average fleet age of about 5 years. Singapore Air's is 6 years. And, while Ryanair is often faulted for lacking basic amenities, its planes average less than 3 years of age. Luckily, U.S. airlines aren't having problems maintaining their aging aircraft from a safety standpoint, notes Bill Voss, president and CEO of the Flight Safety Foundation. "There's no real indication of anyone cutting corners," says Voss. "Planes don't age like wine, but they do remain flight-worthy with proper maintenance." The FAA doesn't have a maximum age limit for planes, though it does require more frequent inspections for planes that have flown for more than 14 years. But aside from safety there's just plain old comfort. If you've ever wished you had a personal seatback flat-screen TV instead of having to share a view of a cathode-ray tube in the aisle—well, now you know the reason.

7. "Our crew is totally exhausted." Airline jobs are famously hard on the Circadian rhythms, and flight crews simply aren't getting enough rest. Pilot fatigue has been a factor in crashes that have led to over 250 fatalities in the past 16 years, including the recent crash of a Colgan Air flight to Buffalo, according to the National Transportation Safety Board. The night before that accident, the copilot commuted from the West Coast to Newark while the pilot slept on a couch in a crew lounge at the airport. Crews on reserve (that is, crews readily available for service on short notice) don't have it much better. "On reserve, we don't have control over what we're doing," says Heather Poole, a flight attendant for a U.S. carrier and a contributor to travel blog Gadling. "One day we're flying a 5 a.m. departure, and the next day we're working a red-eye. Do this for a few trips in a row—add the delays in there—and that's when it gets bad." Working reserve can stretch crews to the limit. "Once during a terrible reserve month, I remember staring at my emergency exit door, thinking, Is it armed? Is it armed? Is it armed? I could see that it was, indeed, armed (the evacuation slide was attached to the door properly). But it wasn't clicking in my brain because I was so tired."

8. "Your ticket might not be with the airline you booked." Two airlines may sell seats on the same flight, a sales strategy called code sharing. You may think you'll be traveling on one airline, but you actually fly on another. The situation seems harmless enough but can cause major headaches for passengers. For example, most major airlines farm out their short, commuter flights to regional airlines. "By and large, you haven't heard of Chautauqua or Republic, but you may be flying them when you click to buy a ticket on Continental," explains Randy Petersen, publisher of InsideFlyer. "With two airlines involved, there's a constant passing of the buck. Worse, many regional carriers operating on code shares are exempt from reporting their on-time statistics. And God forbid if you need to file a claim with them for lost baggage."