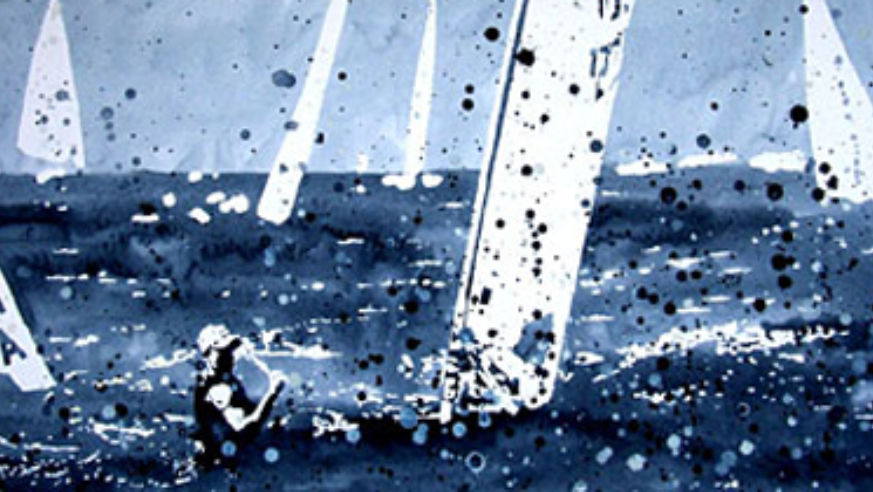 For the past year, ten artists have been following the athletes who will compete in the London 2012 Olympic and Paralymic games—and documenting them in myriad ways—on canvas, on camera, with clay, and more. The result is a collection of work that is as inspiring as the physical talent and determination of the subjects.

I was lucky enough to spend an afternoon with one of the artists, painter Jeremy Houghton (pronounced how-ton), who opened his portfolio to me and explained the inspiration behind the collection (see six of his Olympic-inspired watercolors).

According to Jeremy, the inspiration for mobilizing the group of artists to come together, a project which is being dubbed the "Art of Sport," was twofold: first, to immortalize the games through art, and second, to raise money for the Paralympic games. British Telecom is sponsoring the program.

Jeremy is known for his masterful use of watercolor, which he uses to capture motion—a talent that he has put to use covering athletes like three-time gold medalist and kayaker Tim Brabants and sailor Paul Goodison during practice. He lives in the Cotswolds in the UK.

Other artists who have been selected to participate include sculptor Christine Charlesworth, photographer Richard Booth, and pencil-sketch artist Darren Baker.

You don't have to be planning a trip to the Olympics to enjoy these skillful portrayals of the competitors. See the paintings.

A first-hand account of helping in the wake of disaster