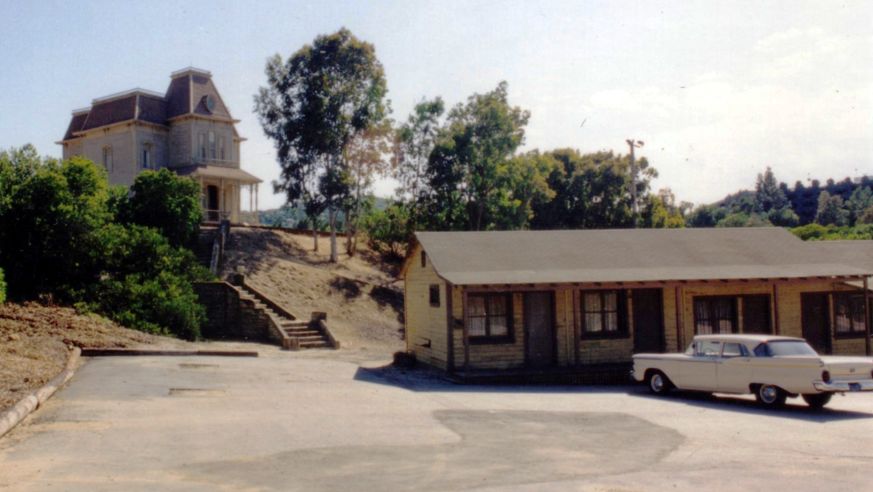 Staying in a hotel is supposed to be a treat, not a waking nightmare of unanswered complaints and shabby surroundings. These 10 signs are early warnings that you may have checked into Hotel Hell. Notice one or more of the problems here? You might want to spend your money elsewhere—and we'll show you how to make a drama-free escape should you need to.

Is that a Compaq Deskpro you see the front desk clerk typing on? Or, worse, is there no computer at all? Really bad omen.

"If the computers have green screens and they look like they're from the '80s, that's usually a sign that not a lot of money is going into that hotel, and obviously those management systems aren't designed to streamline the process," says Jacob Tomsky, author of Heads in Beds: A Reckless Memoir of Hotels, Hustles, and So-Called Hospitality. "That's a good indication the service is going to be a little outdated as well."

Maybe you're okay with the hotel's service lumbering along, but if an employee writes your credit-card number down on a piece of paper rather than swiping it into the property management system or a credit-card reader, that's a security breach waiting to happen, says Reneta McCarthy, senior lecturer at the Cornell School of Hotel Administration. Worst-case scenario: Your info is stolen and distributed, which could ruin your finances in addition to your vacation. "With Payment Card Industry Compliance, hotels are not allowed to keep credit card numbers, except secure and encrypted," McCarthy says. "If someone wrote your number down, who knows what could happen. I have had my credit card number stolen from a hotel in Eastern Europe and they started purchasing furniture on it!"

A hotel's lobby should be the "face of a property," Tomsky says, so if the sight of stains on the upholstery, dirty carpeting, and sagging furniture makes you wrinkle your nose in disgust, brace yourself.

"If the hotel really doesn't care about their own face, then you can expect it to get possibly worse from there," he says.

"Towels are heavily used items, obviously, in a hotel's career, so if they're scratchy, if they're hard, if they're thin, that's an indication that they've been overused and that they haven't been replaced in quite a while," Tomsky says.

Little touch-ups in a room are fine - but note that emphasis on "little." When large swaths of carpets get involved, it's a problem.

"Usually hotels will want to renovate and keep a uniform carpet," Tomsky says. "But oftentimes, if there are spills - and people act like animals in hotel rooms, there are always spills and stains—you can see the little off-color squares, that's when they're actually cutting out carpet and re-pasting it in. That can be an indication that this hotel is just doing minor fixes than trying to increase the overall experience."

That feeling of futility when you desperately need an employee's help and all you see is tumbleweeds blowing past isn't only annoying in the moment. If you experience it once, you can expect more of the same throughout your stay.

"When a hotel decides to lower their bottom line by cutting down on staffing, that's usually the death rattle for a hotel and management," Tomsky says. "So if you walk into their lobby, and there's four people in front of you, only one desk agent, and you look around, and you can't see another employee, that's a good indication that that hotel has given up providing prompt service."

Quickly checking to ensure your bathroom has basic things like a clean toilet, a mold- and mildew-free shower and tub, and an overall clean smell could prevent a world of hurt later.

"Since hundreds of people have slept in the room before you the last thing you want to see is evidence of a previous guest, like hair and toothpaste splatters," McCarthy says. "If the room is not properly cleaned, that means it has also not been properly sanitized, which could mean that if the previous guest was sick that there may still be viruses or germs on the surfaces in the room which could make you sick."

If you're in a truly terrible hotel, it probably isn't the employees' fault. The roots of poor service can run deep, with consequences that ultimately impact your experience.

"If an employee ignores me at a front desk while they finish talking to another employee or finish up a personal phone conversation or a text they are writing, without acknowledging my presence and letting me know that they will be with me in a minute, I get put on alert," McCarthy says. "This is a sign of poor training and may indicate that they management of the hotel does not place importance on excellent customer service. Just because it's a budget hotel does not mean that the guest should expect inferior service."

You can get a true sense of the level of morale at a hotel not when everything is going according to plan, but when you bring a concern to a member of the staff.

"If everything you ask makes them irritated and frustrated, that's the sign either of a bad employee, or that the employee had a bad day, or that there's a general sense that employees don't take their jobs personally," Tomsky says. "You want employees to support their own hotel and believe in it, but usually you can tell in the immediate moment you bring a problem to the table. There'll be that look on their face, and it's either concern and a wish to help, or complete indifference and possible irritation."

Making a first impression arguably starts for a hotel before you even walk through the door. If the hotel's front lawn looks like a post-apocalyptic wasteland, lower your expectations for what you'll find inside.

McCarthy suggests a few points to note: "I would include the entire arrival process as part of the check-in process at a hotel, so I take into consideration what the outside of the hotel looks like. Is the parking lot litter-free and well striped, meaning the lines for the cars are visible? Is the landscaping well taken care of? Is the outside of the hotel neat and clean without things like paint peeling or mold and mildew?"

Lifting up the comforter and doing a quick check of what's underneath is a must.

"Some budget hotels may not iron their sheets, and that's okay, but the sheets should look clean even if they have wrinkles," McCarthy says. "I also check for bedbugs by looking at the mattress. You may find that the hotel uses a mattress encasement—a protective barrier that keeps the bed bugs from setting up shop. If not, check the crevasses around the edge of the mattress looking for dried spots blood, skins or excrement. These are a telltale sign that bedbugs are around."

Yes, we had to mention the B-word. Before you check for bedbugs, place your suitcase on a luggage rack or even inside the bathtub while you inspect. As pesky as they are, bedbugs live in and around a hotel's bed and are highly unlikely to climb up a rack or all the way into the bathroom. Stowing your stuff will ensure you don't accidentally take a bedbug home with you. (Not exactly the souvenir you'd envisioned.)

Bedbug expert Ken Haynes, entomologist at the University of Kentucky, suggests toting along a small portable flashlight to inspect areas around the head of the bed—including the headboard and the dust ruffle—where bedbugs and their pale eggs are likely to appear. The size of a bedbug can range from a poppy seed to a sesame seed, Haynes says. Adult bedbugs are brown but turn reddish-brown to red after feeding time. If you're unfortunate enough to spot a bedbug, you don't necessarily have to peel out of the hotel, tires squealing.

"If I spotted a bedbug, I would inform the manager and ask for another room," Haynes says. "In most cases it would be unlikely to find another room with bedbugs, but I would start all over with the inspection.  If I found three rooms in a row that were infested, I would ask for a refund and find another hotel."

Is your skin crawling? Ours is.

We know that sometimes a hotel is just old and doesn't have the cash for a renovation, and all employees have an off day every now and then, but if you've checked several signs off this list—or there's one blatant, hugely unacceptable checkmark—it might be time to say bye-bye to the hotel you booked.

First, know that you should avoid pre-paid reservations if you're a finicky traveler who often changes hotels at the last minute.

"If you pay a third-party site or even the hotel, it's very difficult to get your money back," Tomsky says. "Everyone has cancellation policies, and usually that's going to be enforced the day you check in, so you'd be responsible at least for that room and tax. However, if you don't have it pre-paid, there's a little bit more of a leeway for a hotel, it's less of a concern for them if they don't have to fax forms back and contact third-party billing sites and reverse charges."

Be kind when you're telling the front desk staff you'd rather not stay, and don't threaten to write a bad review on TripAdvisor. "Realize it is not the front desk clerk's fault that the hotel is poorly managed," McCarthy says. "Just let them know that you cannot stay in the hotel and you would like to check out. But I would also do this sooner rather than later. Coming back to the front desk 15, or 30, or 45 minutes after check-in is far better than waiting hours and actually using the room before you return to the front desk and tell them you want to check out."

Finally, realize that as far as the hotel business is concerned, you're going nuclear when you threaten to leave. Hotels want to be at capacity every single night, Tomsky says, so saying something like, "I'm not happy here and I'm considering leaving. Is there someone I should talk to, maybe a manager, to avoid paying for this night, or is there something that can be done?" should make the staff move quickly to assist you, whether that means allowing you to leave without penalty in order to avoid bad word of mouth, comping you a night, giving you an upgrade or a food and beverage credit, or addressing your complaints one by one. Your stay might not be 100 percent perfect, but sometimes accepting a gesture beats rebooking elsewhere and hauling all your stuff across town.