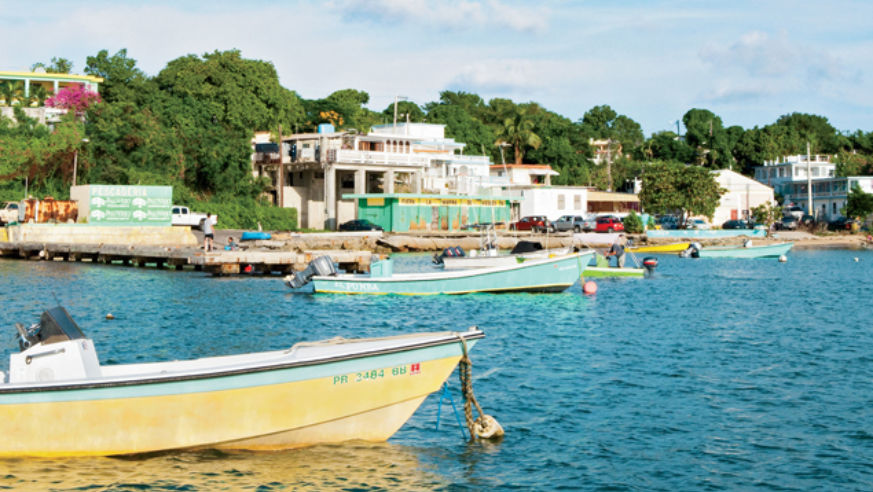 Whether you've been to these 10 Caribbean islands once or you're planning your fifteenth visit, we've got the inside scoop on some of the best must-see spots in the islands.

If there's any complaint about this part-French, part-Dutch island-piled high with nightclubs, restaurants, and resorts—it's that there's too much of everything. But in the wake of the global economic downturn, construction has slowed—and even, in a sense, reversed. A string of hurricane-battered structures at Mullet Bay on the Dutch side was torn down (after 15 years) and replaced by a provisional park. On the French side, the 154-acre private nature reserve Loterie Farm continues to grow, adding poolside cabanas to its zip-line course, hiking trails, and other outdoorsy amenities (loteriefarm.com, hiking $7, zip line $48, pool access $28, 10-person cabana $240). And following a 13-year effort, the Man of War Shoal reef earned certification as a marine park, giving divers new reasons to take the plunge.

SEE OUR FAVORITE PHOTOS FROM THE ISLANDS

There's a reason Aruba's luxury hotels, glitzy casinos, and designer boutiques are concentrated along this Dutch island's western edge: the spectacular sunsets. Yet even a non-morning person might want to sample the sunrise side for its weekly street party called Carubbean Festival (297/582-3777). Every Thursday night, food and drink vendors set up stands to sell regional specialties, primarily to local transplants hungering for a taste of home. This cross-cultural mixer takes place, appropriately enough, in the working-class community of San Nicolas, built to house oil-refinery workers who immigrated here in the 1920s. "Aruba has opened its doors to many other islanders—a lot of Jamaicans, Haitians, Dominicans," says Ruthlene Flemming, an Aruba native and the event's coordinator. "It's our melting pot. And here, you can experience a little bit of the whole Caribbean." The sunrise side is also home to cactus-studded Arikok National Park, which features rebuilt access roads, trails, and a new visitors center, thanks to a $10 million grant from the EU (arubanationalpark.org, adult admission $10). The best budget-hotel option, however, is back on the west side about a $20 cab ride away: MVC Eagle Beach, a 19-room inn with ocean-view terraces, all-white bedding, and dark-wood furniture (mvceaglebeach.com, from $145).

Some solitude seekers insist there's a direct relationship between proximity and peace: The farther you travel, the more quiet things get. Then there's Cat Island, a 48-mile-long coral outcrop just 265 miles east of Florida and only 45 minutes from Nassau. SkyBahamas Airlines flies to Cat Island daily from Nassau (skybahamas.net, round-trip from $169), yet of the over 5 million travelers to the Bahamas last year, only a fraction made a call on Cat. What they found here wasn't much, and in a good way: thatch-roof beach bars and empty pink-sand bays, diving and gentle hikes up Mt. Alvernia, the Bahamas's highest point at 206 feet above sea level. There's a great waterfront restaurant in Arthur's Town called Da Smoke Pot that serves sweet-and-sour conch and rum punch, and hosts musicians on the porch playing Bahamian songs on the musical saw (242/354-2094, sweet-and-sour conch $15). Nearby Pigeon Cay Beach Club occupies a three-mile strand with seven simple, stand-alone rental cottages (pigeoncaybahamas.com, from $140).

St. Croix, at 82 square miles, is larger than St. Thomas and St. John combined, yet of the three U.S. Virgin Islands, it gets the fewest visitors. Why? It's the most remote and the least developed—good news for the agriculture-rich island's burgeoning food scene. Among the most notable foodie stops are the farmstays and weekend workshops at the Virgin Islands Sustainable Farm Institute on the island's certified organic Ridge to Reef Farm (visfi.org; tours daily from $25; visit website for farmstay retreat options), and the annual St. Croix Food & Wine Experience, a festive, weeklong charity event in April that draws big-name chefs such as Top Chef Masters star Graham Elliot Bowles and James Beard award-winner Ana Sortun (stcroixfoodandwine.com, events from $50). Sports culture is also thriving in all that open space. Horseback riding and triathlons are popular, as well as diving and other water sports. One of the newer options: Sea Thru Kayaks VI's tours through the island's two bioluminescent bays (seathrukayaksvi.com, 90-minute tours $50). "Go when the moon isn't full, and you can really see the lights twinkling," says local restaurateur and sommelier Katherine Pugliese, a cofounder of the food festival. "You feel like you're in pixie-land."

San Juan is still numero uno in Puerto Rico, but folks have increasingly begun gazing about 40 miles east—to Vieques. The nearly four-year-old W Hotels resort here has lured celebrity chefs (Alain Ducasse) and guests (Angie Harmon, Ryan Phillippe). But what's drawing more casual types, however, is Vieques's laid-back personality. Hospitality veterans Robin and Marsha Shepherd left their villa-rental business in St. Bart's to open the 10-room Malecón House in 2010, amid a row of mom-and-pop inns (maleconhouse.com, from $175). The most impressive and least crowded of the island's beaches (some of which have hit worldwide top 10 lists) are part of the Vieques National Wildlife Refuge, on land the U.S. Navy used as a target-practice center until 2003. Today, it's managed by Puerto Rico's branch of the Fish and Wildlife Service. "If it hadn't been for the Navy and Fish and Wildlife," says Bill Barton, who owns Vieques Sailing (787/508-7245, daylong boat trips including lunch $110, late Feb.-Oct.), "the east end would look like Atlantic City."

Sitting all alone in the Atlantic Ocean 650 miles east of North Carolina, Bermuda is a true outlier. It's not anywhere near the Caribbean Sea, and its food, architecture, and customs are far more British-colonial than tropical paradise. Still, the island (actually an atoll) has found an easy alliance with its neighbors to the south, sharing in tourism efforts and reaping the benefits of their counterbalanced seasons: The Caribbean booms in the winter, while peak season in Bermuda runs from spring through fall. Though Bermuda is always pricey—four of the five most expensive destinations in the Caribbean are here—visitors traveling now will find lower airfares, reduced golf fees, and hotels that are more than 40 percent off summer rates. It's not quite sunbathing weather: December days average 70 degrees. But it's perfect for touring the island's cultural attractions. Two years ago, Bermuda celebrated the 400th anniversary of the settlement of St. George's Town, the 350th anniversary of Warwick Academy, the oldest school in the western hemisphere, and the 200th anniversary of the Bermuda Post Office. Even the hotels have history: The 202-year-old main house of the Greenbank Guesthouse & Cottages incorporates cedar beams that were used as ballast in transatlantic trading ships (greenbankbermuda.com, from $145).

The Caymans are practically synonymous with two wealthy pursuits: deep-sea diving and offshore banking. Dive 365, an initiative launched by the islands' Tourism Association, is hoping to make at least one of those more accessible to regular folks (divecayman.ky). The project's goal is to establish and maintain one Cayman dive site mooring for every day of the year, which meant adding 79 sites to the existing 286 by the end of 2012. One of the most noteworthy additions is the decommissioned U.S. naval ship Kittiwake, a 251-foot submarine rescue vessel that now sits in 62 feet of water off Seven Mile Beach (kittiwakecayman.com, scuba pass $10, snorkel pass $5). "The Kittiwake has a history that divers can relate to, with recompression chambers and lots of bulkheads to explore," says Nancy Easterbrook of Divetech, a local dive shop that helped to prepare the vessel for her sinking in January 2011 (divetech.com, two-tank boat dives $120). "Because the top is only about eight feet below the surface, you can snorkel the wreck too," she says. Affordable hotels on Grand Cayman are rare, but one good pick is 130-room Sunshine Suites, just a stone's throw from the Ritz-Carlton; each room has a fully equipped kitchen (sunshinesuites.com, from $167).

The Dominican Republic is a great place to find affordable all-inclusives, particularly in Punta Cana, on the island's east coast. But along the north shore—famous for its sporty adventure culture—more intimate hotels and house rentals offer a worthy alternative. In Cabarete, the Residencial Casa Linda villas look more like a neighborhood than a resort, though all rental units come with daily housekeeping service (casalindacity.com, two-bedroom villas from $120). The villas are only five miles down the road from Iguana Mama Adventure Tours, which offers trips to the 27 Falls of Damajagua, known for daredevil-quality jumps and slides over the waterfalls (iguanamama.com, full-day tour $89). In recent years, north-coast outfitters have seen an increase in the popularity of—and the competition for—canyoning and cascading excursions. One new arrival, Monkey Jungle Dominicana, located between Cabarete and Sosúa, stands apart for its philanthropic bent (monkeyjungledr.com, zip line from $50). All the profits from its zip-line and suspension-bridge tours go to the free on-site medical and dental clinic, which is staffed by volunteers and treats patients who cannot afford health care. Kitesurfing may be Cabarete's most popular outdoor pursuit, and while there's no shortage of local instructors to show you the ropes, it's almost as much fun just to watch the theatrics from the waterfront Nikki Beach lounge (nikkibeach.com, cocktails from $7)—drink in hand, of course.

It's easy to get to Jamaica (flights are frequent and relatively cheap) and easier still to find a resort destination for just about every type of traveler: romantic Negril for honeymooners, family-friendly Montego Bay, busy Ocho Rios for cruisers. What's harder is finding an all-inclusive hotel that doesn't sequester you in its own cocoon at the expense of exploring the Jamaican culture beyond. Treasure Beach, on the south coast, is home to just a handful of hotels, all of them small-scale and dedicated to opening their doors to the community. At Marblue Villas Suites, an eight-suite hotel with custom-made local cedar furniture, guests often stray into the nearby fishing villages for coffee, dinner, or drinks (marblue.com, from $111). Jason Henzell's Jakes Hotel, which evokes Moroccan riads with arched doorways and colorful tapestries, is one of the area's largest properties, with 49 rooms, two restaurants, and a spa (jakeshotel.com, from $90). Henzell is committed to helping interested guests connect with their surroundings. On working farms in the nearby Pedro Plains area, the hotel runs a monthly series of organic, local-food dinners, which are drawing Jamaican residents and visitors alike. "There's a vibrancy that leaks into every aspect of life here," says Liz Solms, an NGO veteran who works with local growers to supply the produce for the meal. "It's there in the spiciness and richness of the food, and even in the way people communicate with one another."

Tobago is like Trinidad's backyard, a 116-square-mile haven just a 20-minute flight on Caribbean Airlines from its bigger, noisier sibling (caribbean-airlines.com, round-trip flights from $48). Where Trinidad has restaurants, nightclubs, and 96 percent of the country's population, Tobago has empty beaches, calm bays, and spectacular brain-coral reefs. There are also almost three times the number of exotic bird species as there are hotels, and the birds have free rein in the Main Ridge Forest Reserve, one of the oldest protected forests in the western hemisphere. When it comes to human nesting, it doesn't get more peaceful than the four-room Gloucester Place Guest House in Parlatuvier, on the island's north coast (gloucesterplace.com, from $110). Shaded by coconut palms and mango trees, the guesthouse even has its own natural waterfall and an infinity pool overlooking the Caribbean.