10 of Our Favorite Girlfriend Getaways

The other day the topic of girlfriend getaways came up here at Budget Travel and it turns out that many of us here on staff have something fun on the horizon!

Inspired by our upcoming girlfriend getaways, we decided to put together a slideshow of some of the destinations that we've either visited recently (or are planning on visiting).

From Sonoma wine country to New Hampshire, join us on our girlfriend getaway photo tour.

We hope our answers inspire you take a girlfriend getaway of your own or, if you already have one planned, tell us about it below.

11 Places You'd Rather Be

20 Spectacular Carnival Celebrations Around the World 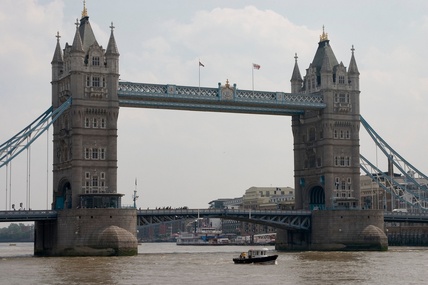 Tours led by the homeless

There are many ways to tour a city&mdash;bike tours, duck tours, Segway tours (though after Segway's CEO plunged off a cliff to his death riding a Segway, I'm no longer sure that would be my first choice), self-guided auditory tours, tours led by historical figures&hellip;the list goes on. The advent of the internet and the ubiquitous smart phone apps (yes, there's an app for that), brought us the virtual tour. Virtual tours, such as the Google Art Project and interactive maps, let you tour museums, cities, and even Disney World from the comfort of your home. While I enjoy traditional tours as much as the next person, I'm always looking for a new (and cheap) way to see a city; something that allows me to view an area with a completely fresh set of eyes. So when I read about the Sock Mob Events' "Unseen Tours" and their unconventional tour guides, I was immediately intrigued. The London-based tour company offers four walking tours of the city. What sets these tours apart from other London offerings? They are led by trained homeless guides. That's right, guides who don't just know the city, but have experienced it from a completely different perspective than your average Londoner. Born from The Sock Mob, a volunteer network that seeks to engage with the homeless community and overcome stigmas associated with homelessness, Unseen Tours offers guided tours to popular London sites such as the London Bridge, and Old Street. The tours aim to provide visitors with an "unseen" look at London. Guides provide both historical information about the areas, as well as personal insights about the city gleaned from years of living on the streets. Tours cost &#163;5 or &#163;8, depending on your circumstances, and the majority of the proceeds is given to the guides. You can book tours in advance, or show up spontaneously&mdash;just look for the cardboard sign with the words Unseen Tours on it (very fitting). What do you think? Is this something you'd like to see in your city? Who (or what), in your opinion, makes the best tour guide? &mdash; Madeline Grimes More From Budget Travel: Naples: Ex-cons Hired to Help Tourists Confessions of a Rome Tour Guide 7 Most Dangerous Travel Jobs A DIY Project Runway Tour

It's easy to get caught up in the doom-and-gloom stories of rising fuel (and ticket) prices, corrupt TSA agents, and those pernicious baggage fees. But there is a silver lining&mdash;if you squint hard enough! Airports all over the country (and the world) are rolling out improvements to make the air travel experience more comfortable, convenient, and streamlined. Here, a timeline of seven noteworthy developments from the last few months. 1. OCTOBER 2010: Tokyo's Haneda airport debuted a fun-tastic international terminal, complete with a shopping area designed to look like a traditional Edo village, a caf&eacute; with its own planetarium, a soft-serve green tea ice cream vendor, napping lounges (not just for elites!), and free Wi-Fi throughout. Best of all, a new monorail and train connections provide access to downtown Tokyo in under 30 minutes. 2. NOVEMBER 2010: Delta installed 200-plus iPads at JFK gates for checking flight data, playing games, and ordering food delivery from airport restaurants. 3. DECEMBER 2010: Minneapolis-St. Paul International added touch-screen directories (or Digital Concierges) at either end of its Terminal 1, which display terminal maps, options for hotels and ground transportation, flight information, and menus for in-airport restaurants (along with the approximate walking times to reach them). 4. JANUARY 2011: A brand-new, massively expanded St. George Municipal Airport opened in Southern Utah, giving better access to the national parks in the lower half of the state. All the better to live out those 127 Hours-inspired itineraries! (Bonus: It's actually kind of pretty, with a two-story wall of windows and lots of curved-wood panels.) 5. JANUARY 2011: Top Chef Master Rick Bayless opened Tortas Frontera, an upscale Mexican sandwich shop in Terminal 1 of Chicago's O'Hare airport; Bayless has another O'Hare restaurant in the works, too. 6. ONGOING: Delta is in the process of adding electronics-charging stations (with both USB ports and 110-volt outlets) at 19 U.S. airports. Keep an eye out for them in Atlanta, Cincinnati, Detroit, Memphis, Minneapolis/St. Paul, New York (JFK), Salt Lake City, Boston, Columbus, OH, Hartford, CT, Indianapolis, Los Angeles, Nashville, Norfolk, VA, Omaha, NE, Pittsburgh, Portland, OR, Seattle and St. Louis. 7. COMING SOON: Minute Suites, the rent-by-the-hour nap rooms that debuted in 2009 at Atlanta's Hartsfield-Jackson Atlanta International Airport, make their way to Philadelphia National Airport this spring. Have you noticed any upgrades in your own local airports&mdash;or any you've passed through? Post your report in the comments! See more from Budget Travel Top 10 Ski Deals This Season 10 Islands to See Before You Die 5 Surefire Ways to Offend the Locals 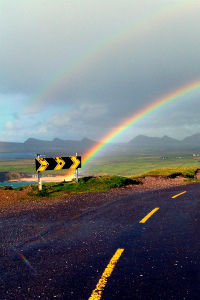