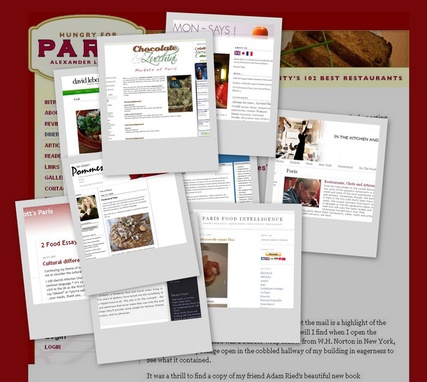 For those who are planning a Paris binge or simply want to digest the food scene vicariously, the following blogs are totally delicious.

A pastry chef and author who combines sweet recipes with acidic (and hilarious) tales about life in Paris. He also offers plenty of restaurant recommendations and reviews.

One of the earliest and still most-popular food bloggers, this young Parisian compliments her recipes with an incredibly helpful French-English food glossary, and guide to favorite markets, shops, and restaurants.

The author of four baking bibles, Dorie spends a good part of every year eating and writing in Paris. When she tells me where to buy pastry, I listen.

The long-time local correspondent for Gourmet magazine wrote an excellent restaurant guide in 2008. He shares news and updated recommendations on this restaurant blog.

The most prolific eater/writer I have ever followed. As co-host of the food-geeky eGullet France Forum, John Talbott has his finger on the pulse of the local restaurant scene. The blog houses his own reviews, along with regular summaries of what everyone else has said.

The self-styled "bad boy" of the local food scene, Adrian has accumulated a wealth of knowledge in his role as a five star hotel concierge. Restaurant reviews and the occasional rant.

Now cooking in New York, this young foodie spent several years in the kitchen of a three-star Paris restaurant and offers a behind-the-scenes look at the local food scene. She also created a Paris tour for teens that many chaperones will find handy.

The personal blog of Francois Simon, lead critic for Le Figaro and (some say) the inspiration for Anton Ego, the ill-humored critic from Ratatouille. Many articles in English, thanks in part to his collaborator Joe Ray.

Can I nominate myself? Here's my personal blog, where you'll find the reviews and other bits that don't make it into Budget Travel. 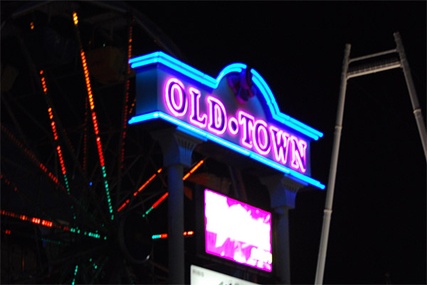 Orlando: Beyond the theme parks

There's more to Orlando than jolly theme songs and hour-long lines at theme parks. Check out some of the notable things worth seeing in the city itself. Get your coffee on at Natura Caf&eacute; in the morning or come back in the evening for jazz, acoustic open mic nights, and a concert series. Stardust Video and Coffee also serves up a mighty cup with free WiFi, video rentals, and poetry readings. A day at the 57-acre Cassadaga Spiritualist Camp may be an interesting exit from touristy Orlando. Learn about s&eacute;ances and the Cassadaga psychics on a walking tour for $15 a person. Or take the family out to the Li'l 500 go-kart racing track. Tickets are about $4. For the theater buffs, head down to the Enzian Theater for contemporary and classic movies. (It has six film festivals yearly.) Or go to the downtown Winter Park shopping district for Central Park Popcorn Flicks, free movie nights for all ages on the second Thursday of each month. Shady Park Popcorn Flicks is also free and held four times a year. The Mad Cow Theatre is also downtown and features plays or musicals, and all seats are $15 on Mondays. After the show, head to Independent Bar for dance music or Tanqueray's Bar &amp; Grill for a more underground jazz club scene. &mdash;David Cumming MORE FROM BUDGET TRAVEL Stress-Free Walt Disney World Find out which tickets to buy, where to stay inside the park, whether the meal plans are worth it, and more. 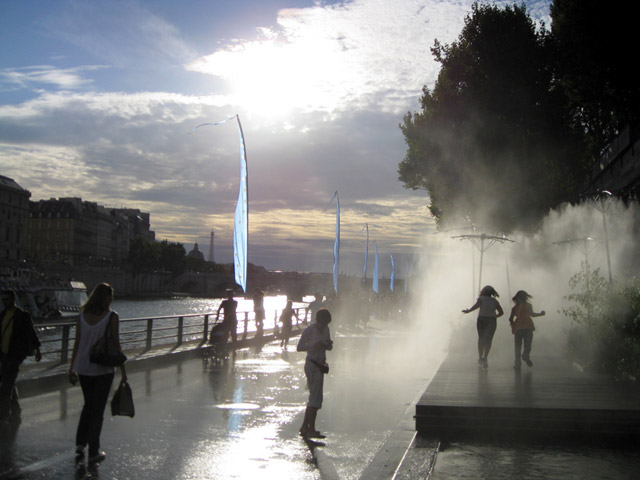 The only thing better than visiting Paris is being able to enjoy free events in Paris. Here's a round-up of activities for the hot summer months of July and August. Sous La Plage Festival (July 12&ndash;13) Electro-loving locals who are "making the bridge" (not working the Monday between the weekend and Bastille Day) will be heading to the Parc Andr&eacute; Citro&euml;n. The annual Sous La Plage festival features workshops, DJs, performances, and plenty of dancing&mdash;plus some great activities for kids. Details here. Parc Andr&eacute; Citro&euml;n, 15th arrondissement. Firemen's Balls (July 13 &amp; 14) As I wrote about here Parisians like to celebrate their fraternit&eacute; by dancing with sexy firemen. Who can blame them? Check here for a good list of (mostly) free Firemen's Balls on and before Bastille Day. Festival Quartier d'&eacute;t&eacute; (July 15&ndash;August 9) This annual festival brings high culture down to street level, sponsoring hundreds of dance, theater, and music performances in neighborhoods across the city. You'll find everything from circus and classical music to Cuban hip hop. Consult the full program here. Paris Plages (July 20&ndash;August 20) The original urban beach is back for an eighth edition, with sites along the Seine and the Bassin de la Villette. You'll find palm trees, sand, lounge chairs, activities for kids, and plenty to eat and drink. voie George Pompidou in the 4th arrondissement and the Bassin de la Villette in the 19th arrondissement. Festival Fnac Ind&eacute;tendances (July 25&ndash;August 15) In association with Paris Plages, the music megastore Fnac will be putting on free concerts during the first three weekends of August. Outdoor shows Friday-Sunday, with highlights including Peter von Poehl and Na&iuml;ve New Beaters on August 15. Full program here. H&ocirc;tel de Ville, 4th arrondissement. Paris Jazz Festival (through July 26) This annual Jazz Festival provides a great excuse to laze about in the Parc Floral, part of the sprawling Bois de Vincennes. Free concerts are held on the grand sc&egrave;ne (big stage) every Saturday and Sunday at 3:00 and 4:30 p.m. Consult the online program here. Food and drinks are on sale inside the park, but most people bring their own stock of nibbles and wine. Entry to the Parc Floral is &euro;2.50, but the concerts are all free. Parc Floral, Esplanade de Chateau de Vincennes, 12th arrondissement. Classique au Vert (August 1&ndash;September 20) At the end of July, the sound of jazz in the Parc Floral will give way to the music of Ravel, Dubussy and Mahler. As with its summer predecessor, the classical music festival is an occasion for leisurely picnics before and during the concerts at 4:00 p.m. Parc Floral, Esplanade de Chateau de Vincennes, 12th arrondissement. Festival Cin&eacute;ma en Plein Air (July 15&ndash;August 16) My personal fave of all the summer festivals, this outdoor film series is once again free in 2009. Screenings begin at nightfall (usually between 9:30&ndash;10:00 p.m.) and picnics are encouraged. Chairs and blankets can be rented for a small fee. The lineup includes plenty of English language titles like Brokeback Mountain and Little Miss Sunshine. Consult the full program here. Clair de Lune Festival (August 5&ndash;23) If you can understand a little French, you'll love this quirky festival, which projects classic films like Godard's Pierrot le Fou in offbeat locations every Thursday&ndash;Sunday in mid-August. Locations vary, consult the online program here. Festival Silhouette (August 29&ndash;September 6) Short film are the focus of this festival in the beautiful Parc des Buttes-Chaumont. Screenings take place every night at dark on the lawn in front of the lake. Consult the online program here. 1 place Armand Carrel, 19th arrondissement. BONUS ITEM! Magicien de Fer (through August 31). Give your wallet a rest and check out the free and fascinating exhibit about the career and personal life of Gustave Eiffel. As I wrote about here, this show is helping to celebrate the Eiffel Tower's 120th birthday. Place de l'H&ocirc;tel de Ville, 4th arrondissement. MORE AFFORDABLE PARIS Practical Paris: What's closed on Sundays, Mondays, and Tuesdays? Sunday in Paris: Where do I eat? Paris attractions: New sky-high dining 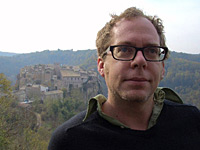 Talking about "An Irreverent Curiosity"