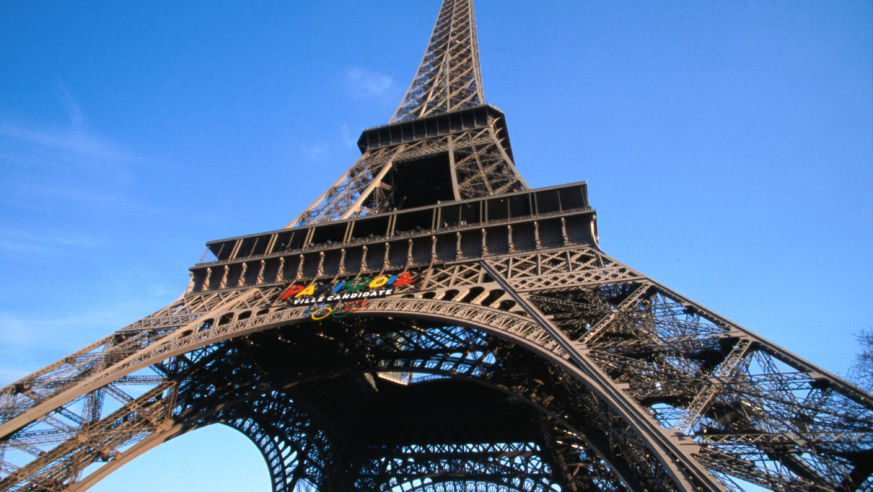 Airfares to France and other top-of-your-list destinations are way down, as are hotel rates and other travel expenses, thanks to the strong U.S. dollar. But to lock in great rates you may have to act now.

This is the year you're going to take ALL your vacation days! The U.S. dollar is riding high against foreign currency, including the euro, pound, and peso. Translation? Double-digit savings on airfare, hotels, and meals. But you've got to plan ahead, and in many cases the right time to book your trip is... NOW!

With the U.S. dollar booming, 2015 is shaping up to be one of the best years for Budget Travelers in recent history.

The dollar is at a 12-year high against the euro, for instance (at the time this piece was published, the euro was worth $1.07, compared with $1.38 last April). As a consequence, travel to top-of-your list destinations on the continent (not to mention the U.K. and Scandinavia) can be 20 percent less than they were last year. Even a popular spot like Paris is seeing airfares down 14 percent from last year. Go slightly off the beaten path (to, say, Eastern Europe or the Irish countryside) and you may rack up savings of 30 percent.

It's up to you whether you use the strong dollar to lock in a lower vacation cost or to indulge in a newly affordable splurge; the time is perfect for either strategy. But if all this sounds a little too good to be true, you're right to ask: How, exactly? Truth is, there are some concrete steps we recommend for taking advantage of the strong dollar, and a few great travel destinations in particular where currency rates are making travel especially attractive. Here, our 10 tips for seeing the world on the "super dollar."

You can lock in the dollar's great exchange rate with the euro, pound, peso, and other currencies by pre-paying for your trip now. Package tours and cruises sometimes offer a discount for paying early, and this year you can save even more by paying when the dollar is at its zenith. (Of course, we don't know how currencies will fluctuate later in 2015, but we believe now is the best time to buy.) If you're booking your own flight and lodgings, pay now to lock in the exchange rate and to avoid getting shut out of the busiest travel season in years. Airplane seats and hotel rooms are going fast.

GET YOUR FOREIGN CASH NOW

Rather than wait till the day you fly to procure some euros, rupees, or Canadian dollars (full disclosure: that's been my accidental policy recently), get on it now while the rates are great. Whether you're just filling your wallet with walk-around money or setting up a foreign bank account (a good idea for an extended overseas stay, especially at today's rates), this is a smart way to lower your travel costs before your trip.

While travelers cheques have diminished in popularity with the advent of online banking and debit cards, they do offer you the opportunity to literally "buy" foreign currency at a great rate right now. American Express Travelers Cheques are available in Canadian dollars, Euros, British Pounds Sterling, and Japanese Yen (as well as U.S. dollars, of course) and are best cashed at banks in your destination country (not all retailers accept them these days). Same goes for a prepaid card such as the Travelex Multi-Currency Cash Passport Prepaid MasterCard, which you can load up with euros now and then use at ATMs during your trip.

GET A CREDIT CARD WITH NO FOREIGN TRANSACTION FEES

In the past, when you used your credit card overseas you were likely to be socked with a foreign transaction fee. Sadly, any savings you might have seen from a favorable exchange rate could get sucked right back into the void by fees of 3 percent. But in a recent survey, CreditCards.com found that it's easier than ever to find a card with no foreign transaction fees. In fact, four major card issuers (Capital One, Pentagon Federal Credit Union, HSBC, and Discover) do not charge the fee to any of their card holders. Other major companies offer some no-fee cards and others that still come with the fee. The most common fee is 3 percent, but the survey found that American Express charges only 2.7 percent. If you have been one of the estimated 33 percent of cardholders who didn't even know there was a foreign transaction fee, now you know and you should get yourself a fee-free card.

A new study by Hopper.com suggests that the U.S. dollar will buy you 20 percent more this year than last, and that airfares have fallen due to competition with foreign air carriers and the falling price of fuel. The biggest bargain in Europe right now is Russia, where the U.S. dollar can buy nearly twice as many rubles as it did last year and flights are down 25 percent (round-trip airfare from New York to Moscow can be less than $400). But more tried-and-true European destinations are super-bargains this year as well, with Paris down 14 percent (and round-trip flights down around the $500 mark!) and most major Eurozone areas (including Germany, France, Italy, Spain, Portugal, Belgium, and Austria) down around 20 percent. The British pound and the non-euro currencies of Sweden, Norway, and Iceland are also down against the dollar. Travel to always-more-affordable Eastern and Central European nations (including Hungary, which is not in the Eurozone but whose currency is down against the dollar; and the new addition to the Eurozone, Latvia) for even bigger bargains.

With recent coverage including Spring Break Secrets of Mexico and How to Do the Riviera Maya on a Budget, it's no secret that Budget Travel loves our neighbor to the south. We also love that the U.S. dollar is now worth about 15 pesos, making the stylish steals in Mexico's swanky resort zones more appealing than ever. Flights from the U.S. are plentiful and affordable, and the all-inclusive experience at the country's major waterfront resorts is an indulgence you can't afford not to try.

Enjoy a taste of Europe without leaving North America! Americans have an easy time coming and going across the border, and cities like Montreal and Québec City literally feel like you've hopped the pond for amazing meals, elegant wines, and the chance to brush up on your French. Of course, skiers love Canada's amazing runs, too. Recent years have seen a strong Canadian dollar keep some Americans south of the border, but the surging U.S. dollar has changed all that. HomeAway.com, a leading vacation rental company, is reporting great rates in our friendly neighbor to the north, with Whistler, British Columbia, averaging about $164 per night; Vancouver around $135; Montreal at $96; Toronto at $142; and beautiful Québec City at $143.

GET A TASTE OF SOUTH AMERICA

Brazil's currency has dropped about 30 percent against the dollar over the past year, making hotspots like Rio de Janiero and São Paulo more affordable. Airfare from New York to Rio is now under $1,000 according to Hopper, and hotels are down about 12 percent. Colombia, one of Budget Travel's Where to Go in 2015 picks, is a bargain because its currency is down 18 percent against the dollar, with hotels down about 10 percent. We love Argentina and have recommended Buenos Aires as an affordable alternative to Paris for culture, great food and wine, and romance; these days the dollar has doubled against the Argentine peso.

We love South Africa's cultural diversity, incredible wildlife parks (it may be the best place in Africa to enjoy the safari experience), and unexpectedly awesome wine scene. Cape Town is 13 percent more affordable in 2015 thanks to the strong dollar, with flights from New York down 24 percent according to Hopper. When planning your 2015 travel, remember that Cape Town enjoys one of the world's most perfect climates, and its spring starts just as our summer is ending.

Asian destinations like India and Thailand have always been on our list of affordable luxuries, but with the surging dollar they are more within reach than ever. India has made its visa requirements much easier for Americans, and its economic hiccups have made the exchange rate with the dollar very favorable. And with the dollar now worth about 120 yen (up from about 80 four years ago), pricey Japan is approaching a level of expense that is relatively down to earth compared with recent years.