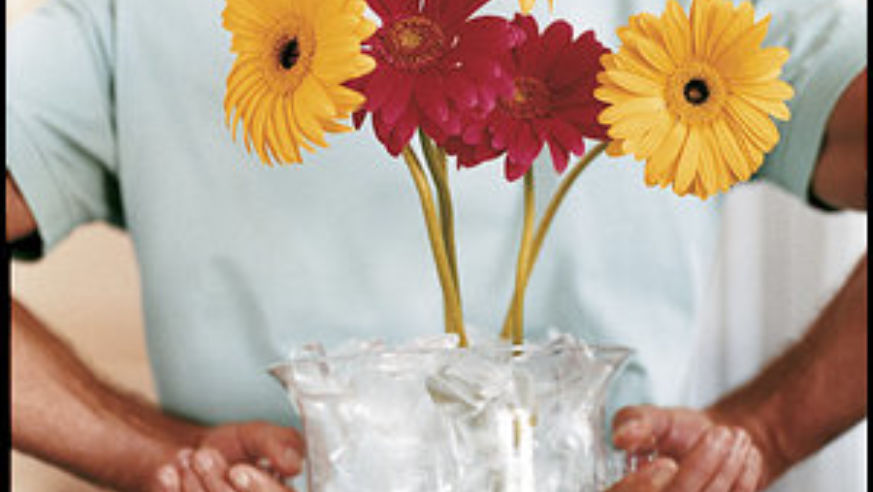 Give yourself $100 to spend any which way you like

Don't fight the urge to splurge

Everyone needs to waste a little money sometimes, preferably in a self-indulgent manner. The trick is to control it.

The next pages are filled almost entirely with site-specific splurges--tours, train rides, decadent meals. But there are splurges you can do just about anywhere (even at home).

Here's a trend your dentist will hate

Is dark chocolate your favorite food group? Are Ben & Jerry your closest friends? Well, there's finally a type of restaurant that allows you to skip right to the best part of any meal. "My wife, Chika, and I made a hobby of eating and drinking around the world," says Don Tillman. "To have a dessert that's taken seriously, we had to dine at a fancy restaurant and spend at least $150. So we decided to open a restaurant dedicated to special desserts." The result is the 400-square-foot ChikaLicious in New York City. (Chika is the chef; Don runs the front of the house.) Other dessert-only restaurants are sprouting up everywhere. They're full-fledged sit-down affairs, many of which offer tasting menus, thoughtful wine pairings, and enough variety to satisfy any sugar fix.

Most white-water rapids are created by Mother Nature. But in a growing number of cities, developers are engineering rapids from scratch by constricting water flow, dropping sculpted humps of concrete into riverbeds, and submerging boulders. In Minneapolis, the goal is to break ground on a new riverside park by the summer of 2007. No river? No problem. Dig a circular channel and pump water into it, as they're doing in Charlotte, N.C. The world's largest man-made white-water park will open there next spring, with guided trips for paddlers starting at $15. In the meantime, here are four white-water courses where you can get your feet wet right now.

Specialty restaurants are a welcome option for cruise passengers ready for a break from cavernous dining rooms and assigned seating. Pay a small surcharge and you get a private table, white-glove service, and dishes that aren't available in the main dining room. Reservations are required and should be made upon boarding (because these restaurants fill up quickly). The best of the bunch...

But so what? Something has to stop your coffee table from floating away.

Did somebody say, "Calgon, take me away"?

The big news in spas is something ancient--thhouse culture, imported from Russia or the Far East. What that tends to mean: You pay an entry fee, and you get access to an entire community of watery goodness, usually a steam room, a dry sauna, a hot tub, a cold plunge pool, and some chaises to rest. (Sweating is hard work!) Contemporary bathhouses have separate areas or times for men and women, communal nudity being an essential part of the experience, though some do offer coed hours. Treatments always cost extra, and kids are discouraged, if allowed at all.

Aquariums, zoos, and child-friendly museums around the country now offer occasional family sleepovers that come with behind-the-scenes tours, special lectures and games, and the unique chance to explore your kids' favorite spots without the crowds of daytime. Dinner, breakfast, and a souvenir are often thrown in (but you have to pack your own PJs). Some overnights, such as the Halloween one at Chicago's Shedd Aquarium (from $60, 312/692-3351, sheddaquarium.org), sell out well in advance. Others don't require as much advance planning. At the National Aquarium in Baltimore, you spend the night at an underwater viewing area for stingrays, zebra sharks, and other creepy creatures ($59 to $65; 410/576-3833, aqua.org). Expect to hear the sounds of lions roaring and monkeys howling--but don't expect all that restful a night--the San Diego Zoo ($81 to $110; 619/557-3969, sandiegozoo.org), the Honolulu Zoo Society ($39; 808/926-3191, honoluluzoo.org), and the Lincoln Park Zoo in Chicago ($65 to $75; 312/742-2053, lpzoo.com). Bunk with the fishes as part of the Family Sleepovers program at SeaWorld Orlando. Reserve an overnight stay in the underwater viewing areas and exhibition spaces, and wake up next to manatees, sharks, and polar bears ($75 per person, including pizza and continental breakfast, for children 6 to 12 accompanied by a parent, 800/432-1178, swbg-adventurecamps.com). Campers play Top Gun in a flight simulator in an overnight "encampment" aboard the battleship New Jersey, on the Delaware River across from Philadelphia ($50; 866/877-6262, ext. 203, battleshipnewjersey.org); or sleep in bunks on the U.S.S. Cobia, a WWII sub in Manitowoc, Wisc. ($30; 866/724-2356, wisconsinmaritime.org). If your family is already booked for summer, sleepovers that somehow make science seem cool are held during the school year at Philadelphia's Franklin Institute Science Museum ($41, 215/448-1114, fi.edu) and at the Dallas Museum of Natural History ($30, 214/421-3466, ext. 308, dallasdino.org).

Audio tours: For your listening pleasure

It's not the cost of an audio tour ($5 or so) that discourages us from renting one of those headsets's that the tours tend to be unwieldy and dull. Now, however, museums and attractions are making the extra effort to create exciting audio guides, and the technology has improved, so you can hear the information in whichever order you choose. Seven we think are worth the money and effort...

We asked six readers that question--and then put our money where their mouths are. (Wish we'd included you? Then sign up for our e-mail newsletter! Details are at BudgetTravelOnline.com/newsletters.)

Leaders of the pack

How to guarantee a stellar lunch

It's no surprise the Michelin Man has a spare tire around his middle. The French tire manufacturer's red Michelin Guide has steered diners to Europe's best restaurants for over a century, and its star ratings are the most coveted award in the business. Initially, three stars meant an establishment merited a special trip, two stars that it deserved a detour, one star that you should stop if it was on your way. They're almost uniformly expensive, but the good news is that many also serve lunch, and for a fraction of what a dinner costs. Menus are typically three courses--limited selection of appetizers, main courses, and desserts--a fixed price. (If you'd like a glass of 1961 Château Lafite Rothschild Grand Cru Classe with your lunch, expect to pay extra.) Here are three notable Michelin-starred restaurants. Reservations are essential.

When the world really is a stage

The natural mix of hills and rock can provide the perfect acoustics and seating arrangement--and there's little for humans to do but set up a stage and start charging for tickets. At these arenas, it honestly doesn't matter who's performing.

Everyone loves browsing at upscale shops; paying is a whole different matter. Even the highest-end boutiques, however, usually have something that's not too splurgy (and as a bonus, you get a chichi shopping bag).

If your trip to the amusement park just isn't special enough, there are ways to liven it up.

There's more than one way to get down a mountain, and we don't mean rolling--though that's always a risk.

Nothing captures the waning romance of travel quite like a train, and many lines offer worthwhile trips that allow you to sit back and soak up extraordinary scenery for a few hours. A century ago, trains were the quickest way to get somewhere--and now the best reason to take them is to slow down. These busy days, time is the biggest splurge of all.