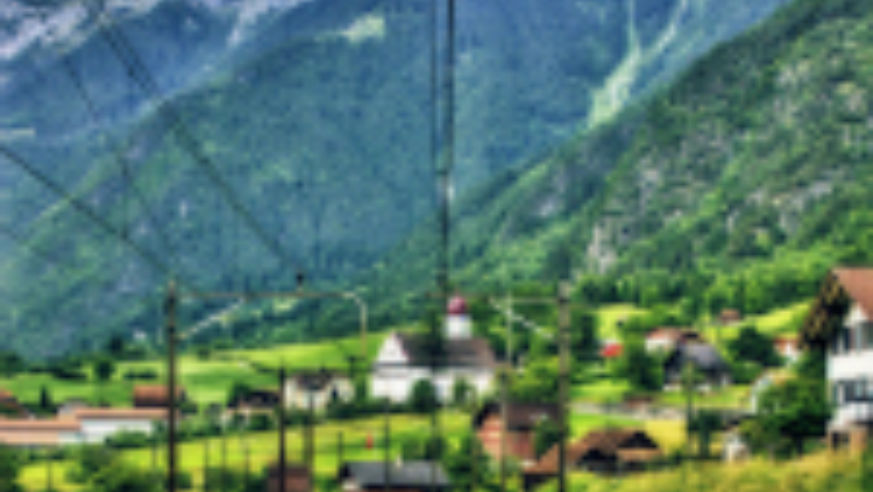 Remember your brave, virgin trip to Europe? When you wore a backpack and lived on cheese, hot baguettes, and red wine? You were such a natural at loose-and-easy travel. You instinctively knew that the best budget travel tip of all is to take advantage of the Continent's affordable train and coach bus options, hopscotching around instead of staying put.

It's time to go back to Europe.

This week, three intercity train and coach bus routes launched, linking up some of the Continent's most charming cities (Prague, Munich, Salzburg, Vienna, Zurich, Paris). This is part of a long-term trend of train and bus service becoming more competitive, with cheaper tickets, faster service, and more frequent departures.

In 2012, there has never been a better moment to realize: You had it right the first time. Go back to loose-and-easy travel. (Though grown-ups can leave the backpacks at home.)

Here's the lowdown on the new train and coach service.

In Austria, Vienna and Salzburg are charming towns only 200 miles apart, but it's traditionally been expensive to travel between them. This week, fares dropped when a new train operator, Westbahn, began service on the route, underpricing its competition, OBB. Now you can travel the 200 miles between the birthplace of "The Sound of Music" and the birthplace of Mozart for €48 (about $65) roundtrip on an advanced purchase ticket. That's half the former going ticket price. Trains depart hourly most days (from Wein Westbanhof in Vienna), and journeys typically take less than three hours each way.

The two adorable cities of Prague, in the Czech Republic, and Munich, in Germany, are just 200 miles apart but the journey between them has traditionally taken about six hours by train. This week, new intercity bus service began on a fast and frequent schedule, beating the train alternative on both price on advance purchased fares. Trips are scheduled to take only four hours. Now you can book tickets for €29 one-way in advance.

The bus service is, surprisingly, run by German Railways (Deutsche Bahn); is picked up in front of Munich's and Prague's train stations; and pops up in search results as one of your transportation options if you visit the company's website (bahn.de). (Tip: On the site, choose USA as your country so you see English as your language, and enter your departure and arrival points just as if you were searching for train fares.)

Like the train, coaches between Munich and Prague by the bus can be purchased in advance online. But prices quickly go up. If you're booking less than a month out—such as on only a day's notice before departure—the train may have cheaper last-minute tickets, so comparison shop.

As of this week the amazing Swiss city of Zurich is only four hours from Paris by train. Hop a new high-speed train line route on TGV (Train à Grande Vitesse), shaving off about 40 minutes off the journey, and more departures per day. Zurich now becomes a do-able overnight or two add-on to a visit to Paris, with the French connection made at Paris's Gare de Lyon. See the new timetable on the Switzerland page. This ain't Amtrak. TGV's second-class coach section showcase stylish designer interiors by Christian Lacroix. Book-ahead fares from €27 ($35) one-way via TGV's website. Refundable tickets tickets can be four times as much, but are still cheaper than refundable plane tickets booked at the same short notice.

The Secret to Flying Around Europe on a Dime