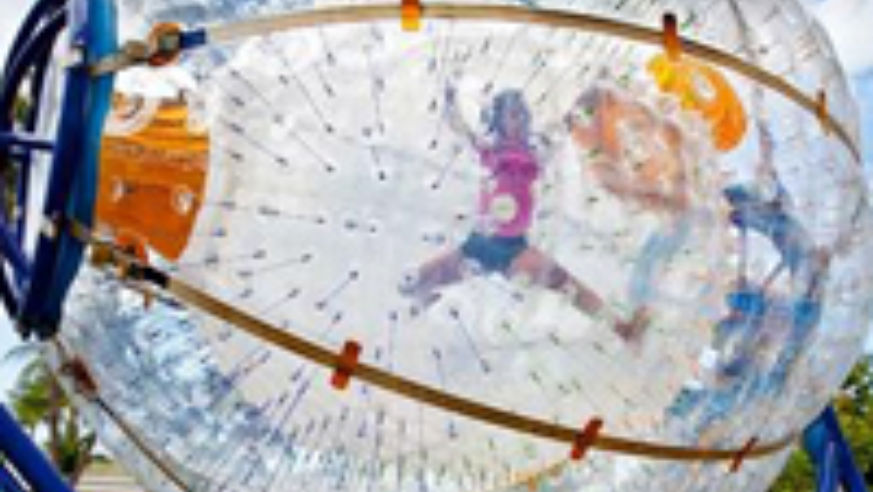 Looking for a fun way to cool off? These five new water rides at parks and piers across the country deliver exactly the type of thrills and chills these dog days call for.

It's been a long time since Galveston's 25th street pier saw this kind of action—51 years, in fact. The city's original Pleasure Pier, once the largest amusement park of its kind, was wiped out by a hurricane in 1961. This May, an all–new park opened with 16 rides spread out over an area the size of three football fields. The most refreshing one is the Pirate's Plunge Log Flume, which includes two drops—22 feet and 40 feet in height—and has plenty of bystander–soaking power. Pleasurepier.com, adult full–day pass $27, must be 42" tall to ride Pirate's Plunge.

This old-school (since the 1960s) waterfront amusement park introduced several new features for the 2012 season, including a souped–up lazy river called River Adventure, with waterfalls, geysers, and grottoes; and Wipeout!, a six–lane head–first race–style waterslide that harks back to the original 12–lane fiberglass slide the entrepreneurial Morey brothers bought in 1968. Moreyspiers.com, adult full–day water park access $38; River Adventure all–ages, must be 42" tall to ride Wipeout.

The daredevil in your family will likely consider the just–opened Wild Vortex waterslide to be seven seconds in heaven. That's how long it takes to travel the crazy, translucent loop–the–loop tube that starts with a 39–foot free–fall (through a trap door, no less) and carries the rider through a full 360–degree vertical spiral at speeds of up to 40 miles per hour. You have to be a guest at the resort to use the waterpark, but given that room rates are comparable to a single adult admission to some of the larger theme parks—and you get free access to the resort's indoor and outdoor water parks for the full day after you check out—we think it's still a deal. Wildernessatthesmokies.com, room rates from $99, must be 48" tall to ride the Wild Vortex.

You might have seen its predecessor, the Zorb, in a recent Toyota commercial—or in any number of would–be–viral videos on YouTube. Now, the makers of that human–sized hamster ball have made a stationary, water–slicked version called the Fishpipe that spins up to three riders at a time at speeds of up to 11 feet per second. It's being snapped up by hotels and resorts across Australia, New Zealand, and the U.S., and most recently arrived at Maui's Grand Wailea. Grandwailea.com, rides $15, ages 5 and up.

The latest addition from the beloved toy company debuted May 26, 2012—an expansion of its less–than–a–year–old amusement park in Central Florida, about an hour southeast of Orlando. The water park has all the basics you'd expect—a wave pool, a lazy river, five slides, and a play area for the littlest kids—and adds just $11 to the cost of a day pass to the rest of the park. Florida.legoland.com, adult full–day passes to Legoland Florida and Water Park from $77.