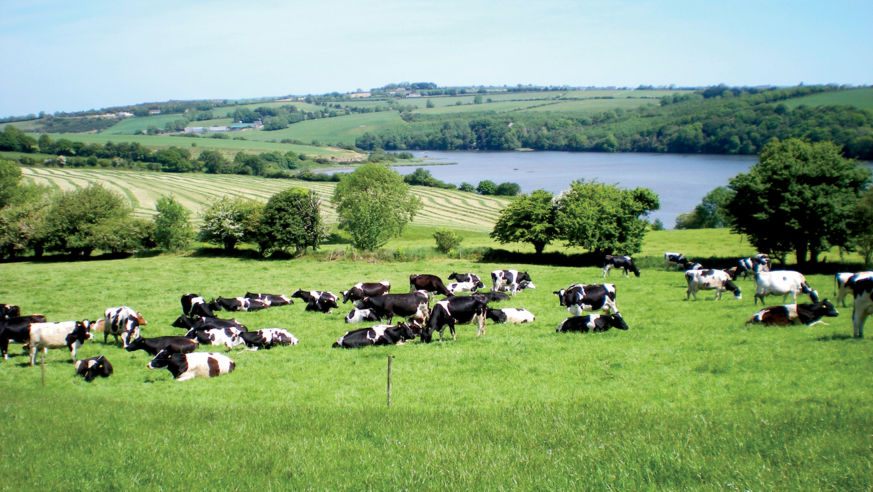 If the idea of bunking in the barnyard gives you hives, relax. Here’s everything you need to know about taking—and enjoying—a vacation with Mother Nature.

Why would anybody in their right mind want to spend their vacation on a farm?

In a word: the food. "Meals are often the best part of a farmstay experience-the ingredients are the absolute freshest you'll find anywhere," says Reid Bramblett, former Budget Travel editor and founder of trip-planning website reidsguides.com. Bramblett, who has stayed at dozens of farms throughout Europe and North America, says, "There are veggies and dairy produced right on the spot, rib-sticking dinners, and breakfast spreads that will blow you away." The opportunity to help gather those ingredients, get your hands dirty, and unplug is another big draw. "For families especially, a farmstay is like stepping back into idyllic, 1950s Beaver Cleaver time," says Scottie Jones, who owns Oregon's Leaping Lamb Farm (leapinglambfarm.com). "Moms and dads put away their handheld whatevers and pitch in with chores or play by the creek with their kids. Everybody relaxes and rejuvenates." Last year, with the help of a federal grant, Jones launched the website farmstayus.com. It now lists more than 700 farmstays across the country, which is roughly double the number it started with a year ago. In fact, the trend is booming around the world. Agritourism has been popular in Europe since at least the 1990s, and today there are more than 5,200 farmstays in France, and about 1,600 in Italy. In more recent years, North American farmers have started opening their doors to curious city folk as well. National statistics are hard to come by, but in 2008, more than 2.4 million tourists visited working farms and ranches in California alone.

Will I end up sleeping in a hayloft?

Maybe, but only if you want to. There are plenty of farms where you'll rough it, such as Switzerland's Schlaf im Stroh (German for "sleep in the straw"), where guests pay $23 each to sleep in barn stalls alongside cattle pens (abenteuer-stroh.ch). Then there are places like Tennessee's Blackberry Farm (blackberryfarm.com), a 4,200-acre spread in the Smoky Mountain foothills where guests shell out $1,095 per night for an all-inclusive stay in a private cottage (and, at that price, presumably the best blackberries on the planet). There's plenty in the mid-price range, too: Guests at Vermont's Inn at Mountain View sleep in one of 14 double rooms carved out of a redbrick New England farmstead (innmtnview.com, doubles from $175). High-end or cut-rate, farmstays are almost always rich in unique experiences. Where else but at New Zealand's Whiti Farm Park do you get to bed down in Native American-style teepees? And no worries, there are solar showers and toilets on-site (whitifarmpark.co.nz, from $22 per person).

What if I'm allergic—to hard labor?

Just because you're staying on a working farm doesn't mean you'll be expected to work as a hired hand would. Most farmstays let you participate as much, or little, as you want. Common chores include tending beehives, making cheese, harvesting grapes, herding sheep, milking cows, and collecting eggs from the chicken coop. There are also some tasks you won't be allowed to do. No farmer wants an amateur ruining his prize-winning cider or butter. Safety, too, is a factor. "I can't let visitors drive the tractor," Jones says. "Sorry, but that's a major liability issue."

Speaking of safety: Will I need to get any shots?

Not usually. The only possible cause for worry is an outbreak of something like hoof-and-mouth disease, but that's not very likely. The Centers for Disease Control and Prevention (cdc.gov/travel) keeps close tabs on farms around the world and offers travel advisories if any are needed. The agency hasn't issued any major warnings related to farmstays in several years.

How much should I expect to spend overall?

Many farmstays are all-inclusive, so you'll know the cost going in. And some are free. The nonprofit organization World Wide Opportunities on Organic Farms (wwoof.org) connects travelers with ranches, farms, and vineyards in 98 countries that allow guests to work for as long as they wish in exchange for free room and board. The U.S. branch (wwoofusa.org) has more than 1,700 participating farms and 10,000 members. If you're still worried about surviving the dirt part of a dirt-cheap getaway, pick up Brian Bender's Farming Around the Country: An Organic Odyssey (farmingaroundthecountry.info), which chronicles the author's year WWOOFing at 12 farms across the U.S.