Martin Moxter
It's time to face facts: Your credit card isn't cutting it anymore. Before your next trip, sign up for a card with better travel benefits, such as no foreign transaction fees or double points every time you charge your groceries.

You and your credit card have been through a lot together. You used it to buy your new laptop and your vacation to France, to pay the electricity bill and support your weekly Whole Foods habit. There have been good times, of course, like when your card provided insurance for your rental car. But ask yourself, what has it really done for you lately? Hiked its Annual Percentage Rate, added mysterious fees, punished you for 'foreign transactions' on your trip to Mexico? It's time to put your spending power into a credit card program that values—and rewards—your wanderlust.

Best for: domestic travelers who often fly to the same destination
So you visit your grandmother twice a year in Cincinnati and fly home to Santa Barbara on all major holidays? This Visa card features a 'Reduced Mileage Awards' program that allows cardholders to fly to select AA destinations for 7,500 fewer miles on a round-trip ticket. If you spend just $750 on the card in the first four months, American Airlines will award you 25,000 bonus miles, enough for a domestic round-trip flight. You'll earn one AAdvantage mile for every dollar spent, and there are no blackout dates for travel on American Airlines or their American Eagle and American Connection domestic carriers. Annual fee after first year - $50.

Best for: globetrotters
Let's say it together now: no foreign transaction fees. That means you won't be charged extra for using your card anywhere overseas, a crucial benefit for international travelers. The Chase Sapphire Preferred also lets you turn your points into miles with a 1:1 exchange into United Airlines, Southwest Airlines, Korean Air, and British Airways, or other travel programs like Amtrak Guest Rewards, Hyatt Gold Passport, Marriott Rewards, Priority Club Rewards, and Ritz-Carlton Rewards. The introductory offer is tempting: spend $3,000 in the first three months and you'll earn 40,000 miles, roughly $500 towards travel rewards. Annual fee after first year - $95

Best for: hotel connoisseurs and travelers to Latin America
Always wanted to stay at the W Barcelona or the St. Regis New York? Starpoints earned on this card can be redeemed at over 1,000 hotels in nearly 100 countries. The first time you use your card, you'll earn 10,000 Starpoints, enough for a free night at a 4-star property. You can also transfer your Starpoints on a 1:1 basis into more than 30 frequent flier programs. Travelers to Central and South America win especially big with this card—Starpoints are instantly doubled if you transfer them into LAN's frequent flier program. Annual fee after first year - $65

Best for: big spenders
Do you put more than $2,000 a month on your credit card? This program will triple your points when you buy a plane ticket and double your points when you spend on gas and groceries. Because the annual fee is on the steep side, this card is a much better deal if you rack up a lot of charges on your card each month. Your earned points never expire; use them on any airline, anytime, by reserving a flight through American Express Travel, or transfer them into your preferred frequent flyer program—points can also be redeemed for retail and dining gift cards. Annual fee after first year - $175

Best for: United frequent flyers
In addition to giving you two miles per dollar spent on United Airlines tickets, the United MileagePlus Explorer Card offers cardholders a free checked bag on any flight in the system (United charges $25 for the first checked bag, saving you up to $100 on baggage fees for a round-trip flight since this benefit is also extended to one companion on the same reservation), and a 30,000-mile bonus when you spend $1,000 in the first three months. Miles will never expire as long as your account remains active, and cardholders can book award travel on any United Airlines flight at any time. You'll also get two free United Club passes per year (a $100 value) and enjoy priority boarding on all flights operated by United. Annual fee after first year - $95 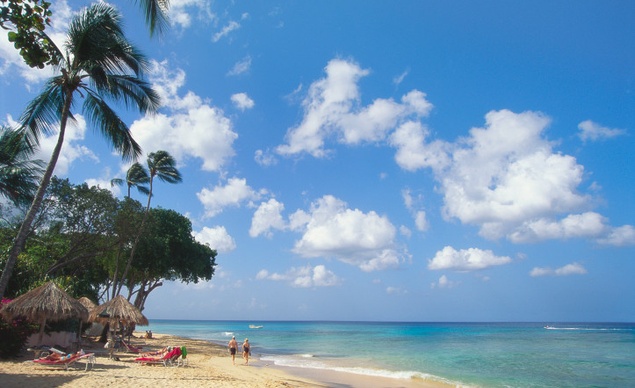 TRAVEL TIPDirect vs. Nonstop: Be careful when booking. Direct flights aren't the same thing as nonstop flights, and they may stop en route to your destination. (A single flight number can cover several flights.) One long layover in Atlanta and you won't make that mistake again. Note: This tool was accurate when it was published. Please be sure to confirm all rates and details directly with the companies in question before planning your trip.

13 Best Places in the U.S. for Wildlife Viewing

MAINE Moosehead Lake The coast gets all the glory, but Mainers love their lakes—especially Moosehead. This whole area is moose country (in fact, the shoreline looks like it's in the shape of a moose head), and while you may get a sighting from Rockwood Road, your chances are even better from the trillions of little side roads. They'll take you deeper into the woods and past ponds, where moose love to linger. Start at the water's southern tip in Greenville for the quintessential lake-town experience. Most of the action is on Pritham Avenue, where there's a bookshop, a place to rent kayaks and canoes (and get a pretty good coffee, surprisingly), and the Black Frog, a cool little restaurant on the shore and a tradition of customers taking a dip after a beer or two. During the day, you'll see kids jump off the nearby dock. From there, go north on Rockwood Road (Route 6/15), which follows the lake all the way up to the tiny town of Rockwood, where Birches Resort makes a good base for the drive (birches.com, from $72). Don't be put off by the word resort—this place was originally built in the 1930s as a hunting and fishing retreat, and it still has an old lodge-y feel. See the beautiful lakeside drives! NEW YORK Finger Lakes With all the wineries, the museums, the horse racing, etc., it's easy to forget what first drew visitors to this green slice of upstate New York: the 11 finger-shaped lakes. They're among the deepest and most scenic in the country—after all, this is the home of the so-called Grand Canyon of the East. Most people drive the more established highways along the points either in the north or south, but to really get into lake country you should weave around them instead. This will put you partly on Routes 5 and 20 (where you'll pass antiques shops, wineries, farms, and a drive-in theater), and partly on hilly country roads (all two-laners, some dirt) that will take you through the most scenic parts of the area. It's nice to start on the western side, where there's almost no development. Work your way over to Canandaigua Lake, where you'll pass through artsy little Naples, then drive over the hills to Keuka Lake, and follow the Keuka Lake wine trail, stopping at vineyards along the way. From there, drive to Watkins Glen then up scenic Route 90 (this is different from the busier Route 90) along Cayuga Lake, and on to Skaneateles, a town Northeasterners use as a summer getaway (Bill Clinton was a regular). If you want to take a breather, the Harbor Hotel in Watkins Glen is both grand and cozy (watkinsglenharborhotel.com, from $129). NORTH CAROLINA Lake Lure Despite being the setting for Dirty Dancing, Lake Lure is nowhere near the Catskills. It actually sits in the foothills of the Blue Ridge Mountains, and just about every drive you take is gorgeous. The town of Chimney Rock Village (population: 113) provides an ideal entry point to Chimney Rock State Park, where you'll find some great views. Route 64/74 follows the southern and western edges of the lake and takes you through the Hickory Nut Gorge to Chimney Rock Village. For a look at the eastern and northern shores, follow Buffalo Shoals Road; it will eventually turn into Buffalo Creek Road, which goes past Bald Mountain Lake. The pricey resorts are popular with weekenders from Charlotte, but for the real experience, stay in one of the four cabins at the Grafton Lodge (graftonlodge.com, cabins from $105). WASHINGTON Lake Chelan When even Seattleites can't take the gray skies and drizzle anymore, they head three-and-a-half hours east to the sunny shores of Lake Chelan, in the North Cascades. The area has a little of everything: wineries, state parks, national forests, and a cool little town (Chelan) with restaurants, an ice cream shop, B&amp;Bs, and a historic movie theater. Devote a day to exploring Stehekin, a town at the northern tip of the lake with 95 residents and no road access-you can only get there by ferry. There are two roads leading out of Chelan. Route 971 takes you along the less developed southern shore, eventually reaching Lake Chelan State Park and, farther north, Wenatchee National Forest. State Road 150 follows the northern shore, where you'll find marinas, beaches, and most of the area's wineries. A nice place to spend the night is the Chelan House B&amp;B along Chelan's Riverwalk Trail (chelanhouse.com, from $130). But you'll want to hit the road early. About halfway up the lake on either side, the water narrows into a fjord-like gorge and the pavement stops. That's where the protected forest—and another world—begins.